Clinton’s Historical Gaffe Has a History. Just Check Her Record.

Martha S. Jones is Presidential Bicentennial Professor at the University of Michigan where she is a members of the faculties in History, Afroamerican and African Studies, and Law. She is editor of Toward an Intellectual History of Black Women (UNC Press 2015) and the Birthright Citizens: A History of Race and Rights in Antebellum America, forthcoming from Cambridge University Press. 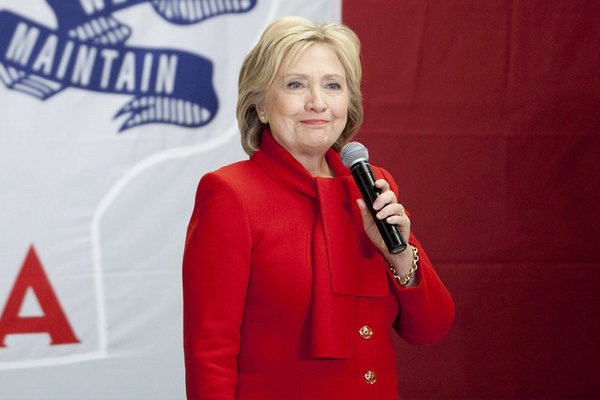 Hillary Clinton’s debate gaffe on the history of Reconstruction was not unexpected. In 2008 her error about the anti-slavery activist Harriet Tubman nearly undermined Clinton’s endorsement of Barack Obama. Eight years ago, just as she stepped up to support the Democratic party nominee, Clinton perilously confused fiction with history.

Many had characterized the 2008 primary contest between Hillary Clinton and Barack Obama as pitting women’s interests against those of black Americans.  Primary candidate Clinton had avoided questions about the influence of race and sex on presidential politics. But as the Democrats galvanized behind Obama, the once reluctant Clinton seized the question. She took the stage at the Democratic National Convention in August with one aim: Persuading women supporters to back Obama in the general election.

Clinton’s speech offered a vision for reconciling the party’s race-gender divide. And history was her principle tool. She began by invoking the Nineteenth Amendment’s 88th anniversary: “I’m a United States Senator because in 1848 a group of courageous women and a few brave men gathered in Seneca Falls, New York … to participate in the first convention on women’s rights in our history. 88 years ago on this day the Nineteenth Amendment giving women the right to vote was enshrined in our constitution.” Somewhat predictably, Clinton allied herself with the early history of the women’s movement.

What about race? Clinton continued, still leaning on history: “How do we give the country back to [courageous Americans who defy the odds?] By following the example of a brave New Yorker ….”  At this point, listeners expected Clinton to invoke Frederick Douglass, who spent many years in up-state Rochester, New York. But Clinton surprised listeners as she continued: “…a woman who risked her life to bring slaves to freedom along the Underground Railroad. On that path to freedom Harriet Tubman had one piece of advice. If you hear the dogs, keep going. If you see the torches in the woods, keep going. If they’re shouting after you, keep going. Don’t ever stop, keep going. If you want a taste of freedom, keep going.”

It was inspired political theater and the convention hall roared. Clinton offered a resolution to the race-sex divide and it came in the form of a black women. Indeed, Clinton’s implicit pairing of two histories – that of women rights and antislavery – through the example of Tubman suggested to the party that a dichotomy between race and sex was false: Not all Democratic women were white, nor were all black Democrats men.

The following day commentators scrutinized Clinton’s remarks. Most knew of Tubman’s courageous leadership among fugitive slaves. Still, questions emerged about the veracity of Clinton’s words. ”Did Harriet Tubman Really Say That?” queried the New York Times. The answer, unfortunately for Clinton, was “no.” Clinton had relied upon a fictionalized Harriet Tubman rather than the woman herself. Historian Milton Sernett puzzled over Clinton’s quote. Tubman had not been a literate person, he explained, and so most of what is attributed to her is mediated through others. Clinton’s specific quote, Sernett went on, approximated a four-line quatrain often repeated in children’s literature. There was no evidence that Tubman ever uttered such words. Historian Kate Larson agreed. Clinton had relied upon fictional accounts of Tubman’s life written more than a half-century earlier. Both Sernett and Lawson attempted to prop Clinton up. As Larson put it, the words were in the spirit of Tubman who “encouraged black and white women to stick together” to win the battle for the right to vote. But no such gesture could cover up how research had gone wrong behind the scenes of Clinton’s campaign.

Hillary Clinton is not the only candidate to wield history and this week’s gaffe over the history of Reconstruction is a cautionary tale. Leadership requires more than history as parody or fiction. Let’s hope, before next invoking the nation’s past, the Clinton team does their homework.