Barack Obama’s About to Become an Ex-President

Cody Foster is a PhD Candidate in History at the University of Kentucky where he studies U.S. foreign policy, intelligence, resistance, human rights, and the Vietnam War. His current project seeks to internationalize anti-war activism during the Vietnam War. You can follow him on Twitter at @codyjfoster. 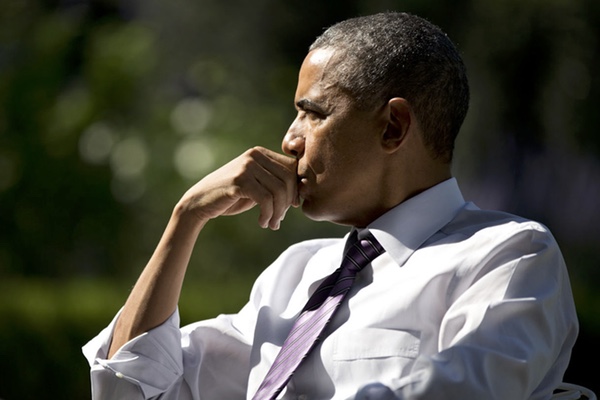 It’s September 19, 1796 as President George Washington pens a letter before he steps down as the first president of the United States. “[I] am persuaded, whatever partiality may be retained for my services,” he writes, “that, in the present circumstances of our country, you will not disapprove of my determination to retire.” He emphasizes the importance of a timely departure, but also suggests that he will always be available to serve at the pleasure of his country throughout his post-presidential days.

In under a year, President Obama, too, will retire as he ascends from the White House lawn in a Black Hawk helicopter for the last time. His two-term presidency will end per the constitutional requirement that a president serve no more than two terms or ten years. This constitutional mechanism was designed to curb the ill effects of power, but it doesn’t describe what a president is supposed to do once they leave office. Do they retire into the abyss to paint, do they write books for posterity, do they teach or found institutes, or do they remain politically active? The answer is surprisingly complex, but an answer may help future post-presidents from living out their days in perpetual confusion.

Stepping down to become a formerhead of government is as much about giving up power as it is accepting power. If a leader chooses to hold onto power and become a dictator, then the rule of law has changed and a country must prepare for their government to be transformed. Citizens can both accept despotic rule and become subjects instead of citizens, or they might choose to overthrow the government. In the latter case, leaders are either tried, condemned, or assassinated – in each case they rarely become a respected former leader.

Former leaders in a democracy, though, often aim to accomplish personal goals after their elected terms end. In the United States, these retirees are called post-presidents and their experiences range from complete isolation to leading their political party as a figurehead.

So who cares? We don’t follow the day-to-day lives of CEO’s when they leave office, nor do we care about our own neighbor’s retirement plans. The simplest answer is that these former leaders remain some of the most powerful and influential U.S. citizens. Most who vacate 1600 Penn leave with an unfinished to-do list that they wrote prior to their first inauguration and had to stash away in the resolute desk for 4-8 years. As the power of the president expanded over time, so did their presidential wish-lists; a wish list that could only be accomplished after their terms ended.

In the early Republic, where rulers around the world were expected to govern until their death, a “former” leader was a genuine phenomenon. George Washington set the rules by which the post-presidential game is now played. When a prospective war with the French loomed over the horizon in the summer of 1798, President John Adams summoned ex-President Washington to return as Lieutenant General and Commander-In-Chief of the armed forces. Only a few years later President Adams was forced to vacate office after a single term. Adams, Thomas Jefferson, James Madison, and James Monroe, each pursued private ambitions by writing, supporting higher education, and caring for their estates.

John Quincy Adams was the first to have a legislative life during his post-presidency. After leaving office in 1829, he successfully campaigned for a seat in the House of Representatives in the 1830 election, and served 17 years until his death in 1848. His fierce abolitionism led to the rejection of the congressional “gag rule” in 1844, which set the stage for the Emancipation Proclamation and the 13th amendment.

Early 20th century post-presidents emulated the experience of the founding fathers by giving advice to the incumbent. William Howard Taft taught at Yale Law School and became Chief Justice of the Supreme Court in 1921. Teddy Roosevelt became an active interventionist during WWI, even offering to lead an armed division overseas, but later failed to overthrow his successor with the Bull Moose Party in 1912. (He was also quite fond of safaris.) After Eisenhower left office he helped John Kennedy sort out the mishaps that led to the failed Bay of Pigs catastrophe.

Other 20th century ex-presidents chose to largely give up politics. George W. Bush consistently promises that his political fame is over, much like his own father, ex-President George H.W. Bush, who only occasionally makes headlines by skydiving. Harry Truman also thought it noble to remain out of politics. Calvin Coolidge wrote a syndicated column for the Washington Post and delivered brief speeches by request. Woodrow Wilson, Lyndon Johnson, and Ronald Reagan struggled with health issues (a possible neurological disorder, cardiovascular problems, and Alzheimer’s disease, respectively) during and after their presidencies that prevented them from pursuing an active post-presidency. With the exception of Reagan, each died within four years of the end of their term. Presidents Franklin Roosevelt and Warren G. Harding died in office from health complications. And most regrettably, Presidents John F. Kennedy and William McKinley were assassinated.

Herbert Hoover, Richard Nixon, Jimmy Carter, and Bill Clinton all left the White House amidst controversy. Carter and Clinton went on to greater achievements in their post-presidencies when they took advantage of the influential power of this unofficial “office” in ways initially developed by one of the most unpopular president’s of the 20th century: Herbert Hoover.

You may be shocked to learn that Hoover contributed more to society than the Great Depression. Hoover is often neglected because historical rankings reinforce a negative image of his presidency. After losing the 1932 election, Hoover retreated to his home in Palo Alto, California, to seek solace from public scrutiny. But his retirement from politics was brief. Historian Gary Dean Best’s biography of Hoover’s post-presidency shows that Hoover kept a watchful eye on the Roosevelt Administration. His knowledge of foreign policy made him “one of the best informed men outside of the government concerning the issues raised in the great debates,” notes Best. These “qualifications rivaled even those within the government.”

But Hoover played a much more pivotal role in the growth of the post-presidency than has been recognized. Hoover gave the post-presidency a facelift by conducting diplomacy as a citizen (which is, technically, illegal per the Logan Act), and by incorporating humanitarian activism that would impress both Sean Penn and Bono. The kind of post-presidential activism that we have come to identify with ex-Presidents Carter and Clinton actually began during Hoover’s unofficial term between 1933-1964. In other words, our conception of Hoover as a president overshadows our understanding of his contributions to global humanitarianism as a former U.S. leader. He was, in fact, diversifying post-presidential retirement.

Hoover was still in his fifties when he left office. He had the option of retiring into anonymity only to be remembered by history through the lens of his successors. Instead, he became an anti-war activist and organized relief organizations to feed the war-torn democracies of Europe when the State Department denied his pleas to send food supplies to Belgium, Norway, Holland, Finland, Poland, and even Germany. With President Truman’s permission, he organized and led international relief missions and met with heads of state to discuss their post-war needs. In his spare time he helped the Boys Club of America grow into a nationally celebrated organization. He led two Commissions on the Organization of the Executive Branch in 1947 and 1953 to consolidate federal agencies and improve efficiency. He even advised incumbent Presidents Truman, Eisenhower, Kennedy, and Johnson.

Like Hoover, who left office at a relatively young age (58 years old), Obama will only be 55 when he departs the White House. It will require a lot of energy to surpass President Carter’s 35-year post-presidency, but Obama might have the best chance. Hoover may have been alone during his post-presidency, but Obama will be surrounded by four of his post-presidential peers. If Hoover could create such waves throughout society for some 31 years without a fellow ex-president by his side and without a precedent to follow, certainly the conditions are even more ripe for President Obama to establish a vibrant post-presidential life.

Many have speculated whether President Obama will achieve the kind of post-presidential prestige established by his predecessors, or whether he will return to academia. A post-presidential Obama may find retirement more fruitful if he returns to his roots as a community organizer. Perhaps he will recreate a grassroots movement of the kind that turned out to elect him in 2008 and rally such energy behind a progressive agenda.

Perhaps his recent soliloquy about gun violence in America will manifest itself again in the form of a gun reform institute after his term ends. Whereas Clinton and Carter focus on global humanitarianism, an ex-President Obama could use his influence and eloquent oratory to shape domestic affairs by focusing on gun control, racial and religious minorities, and voting rights. His post-presidential legacy could rival that of his presidential one.