“Mercy Street”: The Nearly Flawless New Series on PBS About the Civil War

Kevin M. Levin is a historian and educator based in Boston. He is the author of Remembering the Battle of the Crater: War as Murder (2012) and is currently at work on Searching For Black Confederate Soldiers: The Civil War’s Most Persistent Myth. You can find him online at Civil War Memory and Twitter @kevinlevin. 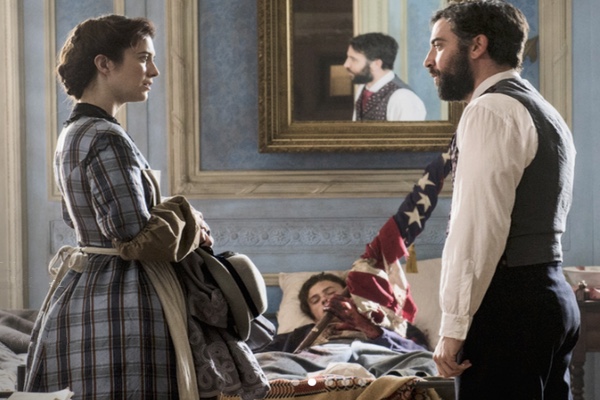 Hollywood movies and television mini-series set in the Civil War era have met with mixed success over the years. All too often stories about the Civil War focus on large questions surrounding its meaning or how we hope to remember it as opposed to the way it was experienced by those who lived through it. PBS's new original series, "Mercy Street," avoids this trap with characters that struggle to find their place in a Union hospital in Alexandria, Virginia and make sense of a war at a crucial transitional period in the spring and summer of 1862. The result is an entertaining and historically sensitive examination of some of the war's toughest questions that 150 years later Americans continue to debate. 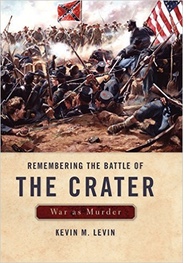 The Mansion House Hospital provides the setting for a diverse and strong-willed cast of characters, many who are based on real historical figures. At the center of this story is the recently widowed Mary Phinney, a newly assigned and inexperienced head nurse from Boston. Her unexpected arrival adds another layer of conflict among a staff that must manage a steady stream of wounded soldiers from the Virginia Peninsula and Shenandoah Valley. Dr. Jedediah Foster, a well-trained and conscientious civilian doctor, is often at loggerheads with Dr. Byron Hale, a military doctor, who is more interested in efficiency and his own advancement. Nurse Hastings, an experienced nurse, who worked with Florence Nightingale during the Crimean War feels threatened by Phinney, who she deems unqualified to lead the nursing staff.

Add to the mix the Green family, who owns Mansion House and continues to reside nearby in a home that is also occupied by Union officers. James Green, Sr. works tirelessly to maintain control of the hotel without signing a loyalty oath to the Union while his son grows more impatient owing to his inability to join the Confederate cause. Daughter Emma maintains a steadfast devotion to the cause by tending to the hospital's Confederate soldiers. The Greens come into conflict not only with Union authorities, but also amongst themselves as carefully defined gender roles are increasingly strained by the exigencies of war.

The interactions between the major characters take place within the day-to-day demands and stress of a working hospital. "Mercy Street" leaves little to the imagination when it comes to the wide range of ghastly wounds that shot and shell deliver, but it is not overly gratuitous. Amputations and other procedures are performed with attention to proper technique and careful descriptions of why they are necessary. Doctors emerge as conscientious caregivers, who learned as the war progressed (often suffering themselves with addiction to alcohol and morphine) as opposed to the popular myth of uncaring butchers.

One of the most pleasant surprises in this series is its handling of race and slavery. "Mercy Street" carefully explores the shifting ground between freedom and slavery occupied by thousands of fugitive slaves or contraband as described by military and civilian authorities in mid-1862. Hospital orderlies such as Samuel Diggs, a free man and Aurelia Johnson, a former slave from North Carolina, both face the humiliation of widespread racism and the more immediate dangers of slave catchers and even sexual violence. At the same time these black characters are not presented as passive, but instead assert themselves in ways that challenge and surprise their white counterparts. In one of the more memorable scenes, Belinda, a former Green family slave who remains in the household, confronts James Green, Sr. and demands wages for her work.

All of this takes place at a tenuous moment in the conflict as Union armies moved closer to taking the Confederate capital of Richmond and as the Lincoln administration edged further toward a more aggressive policy against slavery. What emerges in these carefully choreographed scenes is that the very definition of freedom was up for grabs at a time when the war could still end with slavery still intact.

During the time frame of these first six episodes each character is forced to confront their own insecurities and assumptions about race and gender. Mary Phinney's discussions with Dr. Foster, a member of a Maryland slaveowing family, who believes that the war is about preserving the Union, and others reveal that her own abolitionist outlook may be in the minority. Dr. Foster's racial assumptions, in turn, are put to the test upon learning of Samuel Diggs's medical training and James Green, Sr. confronts the moral question of slavery while jailed in a slave pen.

The wounded also force doctors and nurses to confront their own beliefs about manhood and duty as the series progresses. Soldiers cling tightly to regimental flags, but they also struggle with their own conflict between loyalty to the cause, the men in their units and their families struggling to make ends meet on the home front. "Mercy Street" also deals with the invisible wounds that were only beginning to be diagnosed by the medical community, which in one case proved to be too much for one soldier.

The only disappointment in an otherwise flawless production is the choice to end the first season with a plot to assassinate Mr. and Mrs. Lincoln during a hospital visit. It is true that Lincoln spent a good deal of time visiting with the wounded in area hospitals, but this particular plot reveals John Wilkes Booth as its mastermind. There are a number of problems. First, anyone with even a cursory understanding of the war knows that Lincoln is going to survive until the very end of the war. More specifically, at this very moment, Lincoln was traveling to Virginia to visit with his general to discuss strategy and Booth was on a theater tour in various Northern cities. Booth's plans to kidnap and/or assassinate the president would not materialize until well into 1864.

The problem is not with the historical license that is exercised with this plot twist, but that it is entirely unnecessary. It serves merely as a distraction from the development of each character and the maintenance of the hospital. I would have preferred to see a presidential visit that offered some of the characters a chance to briefly interact with the president.

My hope is that the show's writers steer clear of such distractions in the future. I suspect that the hospital and the progress of the war will continue to offer sufficient drama and suspense for most viewers. Assuming that future episodes stick closely to the historical record we can look forward to the continued escalation of the war as Robert E. Lee's Confederate army passes nearby to threaten Washington, D.C. and northern territory for the first time along with Lincoln's decision to issue an Emancipation Proclamation.

"Mercy Street" is sure to attract a wide audience. Civil War enthusiasts of various stripes are going to appreciate the attention to historical accuracy, history teachers may see opportunities for classroom use, and fans anticipating the end of "Downton Abbey" may even find their period of mourning shortened.