How Military Service Changes You

The author of this reflective piece has been considering what life in the American military is able to do to change an individual in fundamental ways. He brings to the matter 4 ½ years on active duty in WWII plus active participation in the Naval Reserve that adds to 23 years. He was a yeoman; then a line officer on air bases. For six months in 1942 when loaned as liaison to Army’s Postal Censorship he read letters full time. Among his over a dozen books is Speaking Up for America (2011) a collection of his patriotic speeches and essays. His Lovers in Wartime, 1944 to 1945 (2015) contains 156 intimate letters and insights on the last year of our war with Japan. 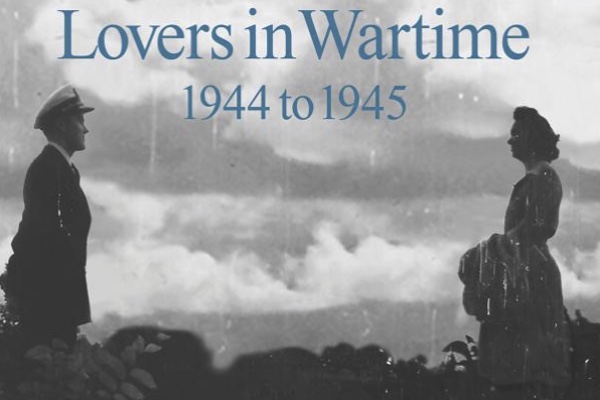 Military service had its effect on me, that’s for sure. Over time, if you join up, it will almost inevitably have an easily noticeable effect on your perceptions of reality.

For one thing, I think it knocked a certain self-centeredness out of me. I had to think about the other guy whether I wanted to or not. His actions could affect me, I soon came to realize. He was, so to speak, holding the ladder for me; or, if so inclined, he could be throwing a wild pitch at me from a short distance. To a kid accustomed to living the lonely life of a graduate student, one inclined to virtually ignore vast numbers of solitary, even isolated, classmates, life responsive to the military was a new and somewhat unnerving experience. 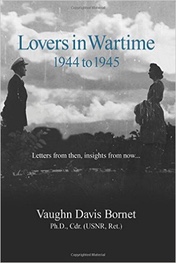 By the luck of the draw, I began Navy life in 1941 in Intelligence, where for three months we were all in civilian clothes! This tended to level the field of military rank in an abnormal way (to say the very least). I was a Yeoman, first class, not an officer for over a year, despite two graduate years of university behind me. A prideful new Ensign from the Ivy League wanted in the worst way to lord it over one and all (including me), but for a few months I was dressed as he was, so he would have to work to establish his government given (and never earned) authority over this enlisted man. (In time he found ways.)

High on the list of new learning experiences for me was the idea of unquestioning obedience, to be rendered in a hurry. This was foreign to my civilian life thus far, where orders were few and those given carried an assumption. It was that in civilian life poorly grounded orders are likely to be postponed or even cancelled. Also in civilian life one might not be blamed for debating the facts or the rationale. Not so in the military. Unquestioning obedience seemed to outweigh rational result—near the bottom where I was, anyway. Orders seldom got revoked. Apologies were unthinkable, no matter what. (That was what I learned, anyway. Annapolis may have taught differently, but I saw no sign of it.)

There was a new vocabulary, one cherished by old timers in Service. Restrooms were the Head. Above, there was the Overhead, and the Bulkhead was to the side, in the Navy anyway. Boats are carried by ships. Using the new words in their correct context helped mightily in adaptation and acclimating. It was, however, a step toward altering perception. Working under very mature Annapolis graduates for a few months in 1942, I learned that inferiors “invite” one’s attention, while “superiors” order, demand, or direct it. Lifelong, I have tried hard to speak accordingly, though few probably notice—while I do.

I was taught after commissioning that in the officers’ wardroom one should choose subjects for conversation with care and discrimination. Some subjects were supposed to be off limits, among them religion, sex, and partisan politics. Navy personnel very gradually learn that there are few things valued (after obedience, of course) like unity and civility. Add reliability and promptness.

It was something of a surprise to learn that somewhat obscure and relatively unimportant matters could rise to real significance within the military. It did seem to make a difference how one looked, acted, behaved, and performed. The speed (or lack of it) with which one did his job could be much more important than one would suppose. Tasks ordered from all over the place could somehow get linked together. Motto: everything very much needs to be sequential and inevitably executed in such a way as to make the whole operate smoothly. That is not easily achieved when all expect alacrity.

Orderly and careful Navy education in specialized schools all over the country was taken very seriously. When learning to assemble or disassemble bombs, load machine guns, or operate delicate instruments the sailor was supposed to learn accurately, completely, and permanently what was being taught. I remember being told that the aspiration at Navy schools (I think in Tennessee) was for new words to be repeated some thirty (30) times in order to become permanent parts of one’s being. That was certainly not what conventional acts of memory like “Here is my phone number; do try to remember it” had conveyed back in that casual (if studious) civilian life.

The military is a place where one can make friends that will last a lifetime. I know this to be a fact, although changes in my own duties and assignments prevented me from getting and enjoying the full companionship benefits that military life is capable of conferring on those who are lonely and far from home. The movies of the past work overtime to emphasize the role of friendship when in uniform as not only lifelong but capable of inducing remarkable self-sacrifice in times of danger. That perception stressed in fictional plots does seem right on the mark. When I hear Frank Sinatra croon “My Buddy” so movingly I sense the extreme comradeship that can build between “warriors” who share the possibility of dying for one another.

Akin to that is the way military service can cement and alter the roles of the closest family members. Letters to and from one’s parents and siblings may very well bring an astonishing discovery: those supposedly close family members were really unknown quantities before candor in revelation brought new intimacy and the possibility of death two generations before old age stimulated awareness.

Wartime letters may dare to give advice on intimate matters; or, bald criticism may be advanced “for your own good.” There is in wartime letters an offering of opinions which sometimes raise and other times lower the stature of either or both sender and receiver. Moreover, what was once entirely private may get to be discussed candidly with buddies, gaining sophistication. The new trust born of sharing may or may not be entirely warranted, but it is likely to exist.

There can be so much more. Postponed manhood or womanhood in their many forms get speeded up in wartime. Venturing to engage in sex with virtual strangers, with consequences seldom predictable, can be entirely possible. There may develop routine misconduct far from friends who used to lend stability but whose corrective voices are now sadly absent. Emotions vibrate after the horrible death of one’s fellows, suddenly and inexplicably. Life, long taken for granted, turns out to have another side, thanks to pure chance showing up. Overall, there can emerge a new Enemy: it is loss of control over yourself.

One more really serious matter cries for mention. Those who train with and serve the war waging branches of our services may well find that they develop a new posture on the concept of sacrificing of one’s life for a cause. Before joining up it possibly was unthinkable to consider getting killed to guarantee life for somebody else. But fighting to the death may be “part of the job.” Such an idea is unlikely to be in the mindset of civilians, to be sure. Such sacrificial willingness may even be uncommon in some parts of the military while unavoidably present (even common) in others. It may shift, being here today but missing tomorrow. The writer has no personal familiarity with this dramatic characteristic, luckily, but it exists (or has existed) for many during their wartime duty, beyond any doubt.

I am going to minimize here the role of death during one’s term of military service, for all readers know or can readily surmise that the possibility of losing one’s life in combat or during routine maneuvers varies considerably. High hopes may get dashed in an instant; constants vanish; the Future for oneself and those loved ones is not something to bet on. The odds of possible death change from time to time during military life. To the youngster in uniform and his relatives, friends, and acquaintances, life as it was in the recruiting station does not resemble the fundamentals of life suddenly revealed in places of true wartime danger—say when a kamikaze plane roared in, visible from the deck.

Much that has been said of death and dying is nearly equally valid in the cases of those who have been terribly wounded. A life spent in a wheelchair or blinded, for example, calls for changes in lifestyle and relationships that are all too familiar to the wounded, who always yearn for a happier outcome to show up after the passage of time. (The writer last year spent three and a half months on his back and a wheelchair with a seriously broken leg. His friendly world turned different, suddenly, in so many ways.)

Finally, a smiling partner can be met and with good fortune become one’s lifelong mate. Who knew that enlistment and movement to new places could, as by magic, produce a lifetime partner? My own wartime marriage, beginning in 1944, lasted 68 years. During a rare leave back then in wartime we crossed the United States one way by train; the bride got to meet my parents, then over 3,000 miles distant. The naval air station that had long been my lonely home turned out to have housed deep in its huge pool of female employees the right girl for Lieutenant (jg) Bornet, AVS, USNR! War had displayed a bright side.

I guess my major thrust at this point is that being in the military, in our country at least, can and is bound to be a real life changer. That which is familiar will almost inevitably become distant as time on active duty passes. Meanwhile, that which is wholly new in vocabulary, conduct, beliefs, appearance, and desires (to name only a few), will infiltrate the very being of soldier, sailor, and airman. That military lifestyle is not going to become permanent as one puts a just laundered uniform in a bottom drawer. But whether our former enlisted man or officer wills it or not, during the days of one’s life that remain, perception of fundamentals will never be the same.