Surprised by Wheaton’s Decision to Terminate Dissident Professor? Don’t Be!

Adam Laats is an historian of education at Binghamton University (SUNY). He is the author of The Other School Reformers: Conservative Activism in American Education (Harvard UP, 2015). He is now writing a history of conservative evangelical higher education, tentatively titled Fundamentalist U: Keeping the Faith in American Higher Education. 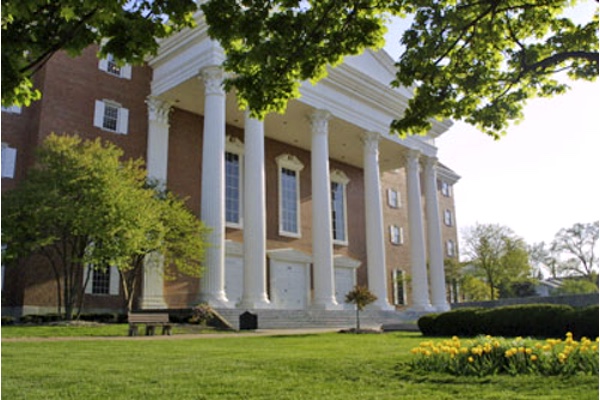 For people like me who work at pluralist public universities, the recent decision by Wheaton College to begin termination proceedings against a tenured professor might seem outlandish. It should serve as a reminder that Wheaton, for all its elite academic reputation, is still a different sort of school. 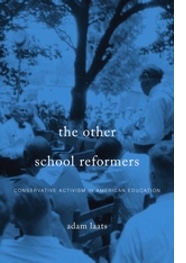 It can be easy to forget. Especially for academic historians, Wheaton’s solid record of field-leading alumni—folks such as Mark Noll and Nathan Hatch—may encourage us to consider Wheaton merely another elite academic institution. And for those of us who study the history of evangelical Protestantism in America, the Billy Graham Center on campus is among the best research facilities in the world. The work of archivists such as Bob Shuster have turned quaint Wheaton, Illinois into the first destination of historians of American evangelicalism for years now.

Yet Wheaton is different from other elite four-year colleges. At Wheaton—and other schools like it—faculty are united by an explicit statement of faith. They are also united by their experience of constant and sometimes-hostile scrutiny by conservative alumni, administrators, parents, and nosy evangelicals everywhere. As happened in the recent suspension and eventual termination of tenured Associate Professor Larycia Hawkins, Wheaton’s faculty must meet a very high bar of “clarity” in their public beliefs.

As Christianity Today reported, Professor Hawkins was suspended with pay after announcing her decision to wear a traditional Islamic headcovering—the hijab—for the next few weeks. The school insisted it did not suspend her for the headcovering, but for her statement on Facebook that Muslims and Christians “worship the same God.”

For non-evangelical people like me, it might be difficult to recognize why such a statement would be so very controversial. Among evangelical Protestants, however, there has been widespread and ferocious discussion about the issue.

Administrators decided Professor Hawkins danced too close to the line of acceptable speech. Her suspension seemed extreme, even to those in the extended evangelical family. Though Wheaton has been called the “Fundamentalist Harvard,” it has come a long way from its fundamentalist roots. These days, students and faculty have a great deal of freedom in how they believe, dress, behave, and love. As the suspension of Professor Hawkins shows, however, Wheaton’s traditions of suspicion and scrutiny of faculty remain deeply etched into the very bones of the institution.

As it did at many conservative evangelical colleges, Wheaton’s unique religious perspective had its roots in 1920s controversies between factions of evangelical Protestants. At the time, President Charles Blanchard moved the school unapologetically into the “fundamentalist” camp.

Blanchard’s first concern, shared by many fundamentalist intellectuals of the era, was to make sure Wheaton’s faculty did not shake the faith of students. Too many schools, Blanchard believed, had shifted to liberal ideas about Christ and Christianity. Trusted evangelical schools such as Yale and Harvard, for example, no longer insisted on faculty loyalty to fundamental doctrines of the Christian faith.

Blanchard’s plan was simple. In 1923, he subjected all Wheaton faculty and potential faculty to a rigorous examination. Teachers were asked if they believed in the basic tenets of Christianity, and if they believed the Genesis account of creation. They were also quizzed about their personal habits. Did they smoke? Dance? Play cards? Go to movies, or even “associate with worldly people in other amusements?” Every faculty member was asked to sign an eight-point statement of faith that included such fundamentals as a belief in an inerrant Bible, in a creation as told in Genesis, in a truly divine Christ, and in the authenticity of miracles. Those who did not sign were shown the door.

Nervousness about faculty faith has always been woven into the fabric of life at evangelical colleges. Conservative alumni, board members, and even just nosy observers have felt compelled to impose periodic inquisitions into faculty belief.

In 1961, for example, Wheaton’s star faculty scientist Russell Mixter was accused of excessive friendliness to evolution. As another faculty member complained, Mixter was subjected to a “long, vicious attack” by a trustee. He was forced to make repeated protestations of his continuing orthodoxy and all faculty were compelled to sign an updated statement of faith. In the new version, all faculty agreed that Adam and Eve were real historical figures and the real, literal parents of our species.

As did the faculty in Blanchard’s day, Professor Mixter insisted on his continuing adherence to Wheaton’s Statement of Faith. Professor Hawkins is in a similar situation. Wheaton College has not accused her of abandoning her faith, but rather of statements that do not include enough “theological clarity.”

Wheaton College and other evangelical colleges, like colleges and universities of all kinds, are not intellectually homogenous places. But unlike pluralist schools, faculty at evangelical colleges face constant and sometimes-anxious scrutiny from conservative alumni, students, parents, administrators, and evangelicals nationwide.

It is not enough for Professor Hawkins merely to be right. It is not even enough that her ideas conform to those held historically by church leaders and evangelical intellectuals. In order to satisfy the many interested parties in the extended Wheaton family, she would have needed to be obviously right to all observers; she would have needed to be sure that her religious beliefs sparkled with “theological clarity.”