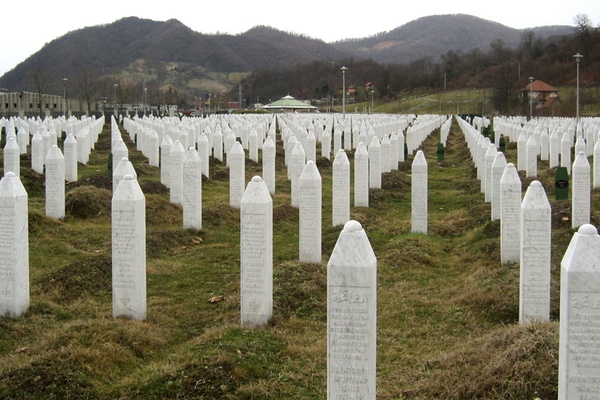 The world press has been extensively covering the 20th anniversary of the 1995 Srebrenica massacre, during which Serb-led militias captured the Bosnian town of Srebrenica and murdered some 8,000 people. The US Ambassador to the United Nations Samantha Power has taken a leading role in memorializing the massacre. But Ambassador Power has gone beyond simply honoring the Srebrenica dead; she and other commentators have been presenting this tragedy as justification for new rounds of intervention.

Indeed for the past twenty years, US officials have been using the memory of Srebrenica as a way of recasting US and NATO interventions as humanitarian activities, aimed at preventing genocide. Journalists have done the same thing. When Christopher Hitchens sought to justify his support for the 2003 US invasion of Iraq, his article was entitled: “From Srebrenica to Baghdad.” More recent demands for intervention in Syria have repeatedly invoked the memory of Srebrenica.  It seems that every time NATO states are called upon to intervene, we hear that intervention will prevent another Srebrenica-style massacre, another genocide.

Something is seriously wrong with this narrative. Is it really appropriate to use a war tragedy like Srebrenica as a means of selling new wars to the public? Are we having our emotions manipulated and our heartstrings pulled in the service of war mongering?

The anti-genocide rhetoric that emerged from Srebrenica has had some clearly negative effects. It helped justify the 2011 NATO intervention in Libya, for example, which produced chaos in that country. The intervention greatly increased the disorder and suffering it was supposed to contain. The Libyan disorder also spilled over into neighboring Mali, and triggered a civil war there too (which helped justify another French intervention, to contain the war). The 2003 US invasion of Iraq would constitute yet another interventionist disaster.

The heated rhetoric associated with the Srebrenica issue has helped to debase public discussion and civility. At the recent UN Security Council debates, for example, British diplomat Peter Wilson stated that “Genocide occurred at Srebrenica. This is a legal fact.” Ambassador Power too has stated that the Srebrenica “genocide is a proven fact,” as if no reasonable person could disagree.

These statements are both dogmatic and inaccurate. While the facts of what happened at Srebrenica are generally accepted, the interpretation of these facts as constituting genocide has been challenged by such leading academics as William Schabas (who served as President of the International Association of Genocide Scholars) and Ian Buruma. With regard to the 2003 court decision that established the idea of a Srebrenica genocide, extended critiques have been published in the Yale Human Rights & Development Law Journal and the Slavic Review.

In reality, the idea that the Srebrenica massacre constituted genocide has always rested on shaky ground. At Srebrenica, the 8,000 victims consisted overwhelmingly of males over their sixteenth birthday. The women and children mostly had been expelled before the killing began. This is surely a horrific war crime – but it is qualitatively different from the horrors that occurred at Auschwitz and Treblinka during World War II. The basic problem is that the Bosnian War in which the Srebrenica massacre occurred was by historical standards a medium sized war, with medium sized atrocities. It was very far from being the most brutal event of the post-Cold War era (the Congolese war, with 4 million deaths, probably holds that dreadful distinction).

If we wish to designate the Bosnian War as entailing genocide – the “crime of crimes” – then should we reclassify all similarly sized wars as genocidal? Should all war atrocities be re-defined as acts of genocide? We are on a slippery slope here that runs the risk of overusing the word and thus diminishing its unique capacity to shock.

We need to tone down the rhetoric with regard the historical legacy of Srebrenica, and also with the closely associated issue of military intervention. That way we can have a sober conversation about the real merits of any future military actions. With such sobriety, we will hopefully avoid ill-advised interventions, such as the ones in Libya and Iraq, as well as potential massacres that can result from interventions.