Historian Robert E. Wright became the inaugural Nef Family Chair of Political Economy at Augustana University in 2009, after teaching courses in economics and business at the University of Virginia and NYU’s Stern School of Business for a decade. He is the author or co-author of 17 books, including, most recently, Little Business on the Prairie, an interdisciplinary investigation of entrepreneurship in South Dakota since 10,000 BCE. 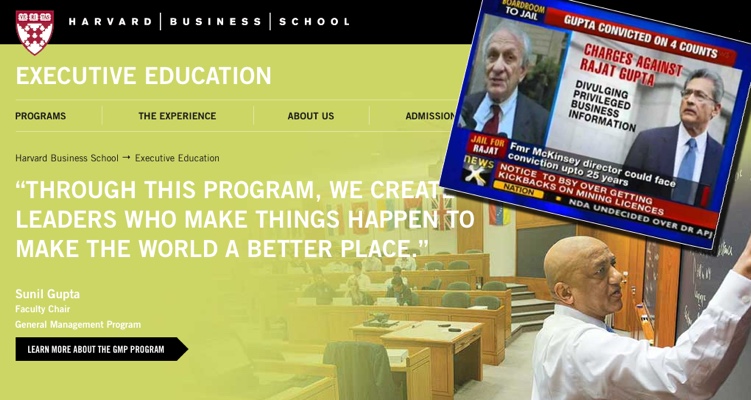 In late October, Nitin Nohria, the dean of Harvard Business School (HBS), published an op ed in the New York Times calling upon historians to write biographies of important CEOs similar to Walter Isaacson’s biography of Steve Jobs. I found the suggestion intriguing and reached out to the good dean for comment. He did not respond directly, but HBS associate dean Frances X. Frei was kind enough to call me. Two minutes into the conversation it became apparent that HBS was not prepared to offer historians interested in writing biographies of CEOs any significant material support. 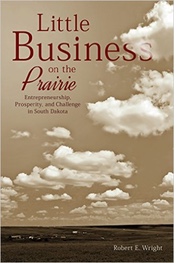 Cynics, skeptics, and other lemon-faced foes of business schools might well take umbrage at the thought of a rich business school dean suggesting that his poor, overworked cousins in history departments take on yet more work without significant remuneration; the notion that any historian worth his or her Ph.D. salt is just sitting around waiting for research direction from a business school dean will certainly strike some observers as somewhat comical. But I don’t blame the dean as, after all, it was just a little opinion editorial and our country remains free, at least when it comes to speech.

In that same spirit of free speech, I would like to make some gratuitous curricular and pedagogical suggestions for business schools. So there are no misunderstandings, let me make clear at the outset that I can provide no material support to anyone interested in following up on these ideas, which I offer just in case business schools with nothing else to do are eagerly awaiting unsolicited advice from an historian (and former business school professor).

Foremost, business schools, at least those that purport to mold leaders, should stop training and start educating. Their graduates should be able to think and problem-solve for themselves, not just copy the latest fad. Ironically, research by business school faculty proves that business schools have utterly failed to teach business leaders to think independently. Most recently, HBS’s own Susanna Gallani has shown that executive compensation packages vary little, even between vastly different corporations, because companies simply copy each other via conduits like overlapping directorates and compensation consultants. That is especially disturbing news because, as Dean Nohria noted in his op ed, compensation packages to a large extent determine the behaviors of business leaders. Many believe, for example, that short-term, “heads I win/tails I don’t lose” compensation packages were at the root of the financial crisis of 2007-9 by incentivizing CEOs to take big risks by, say, purchasing assets (ABSs, CDSs, CMOs, etc.) they did not really understand.

That leads directly to my next point. Business leaders should be intelligent human beings able to make decisions that take larger cultural, ecological, ethical, macroeconomic, political, and societal contexts into full consideration. Business schools generally do not cultivate or even select for general intelligence and breadth of understanding but instead breed shrewdness and encourage narrow technical knowledge. To try to cover up the obvious shortcomings of their profoundly antisocial pedagogical model, many business schools tack on courses in ethics, corporate social responsibility, and the like, then shrug their collective shoulders when their graduates behave in ways that would make Vikings and pirates blush.

The only truly socially responsible management curriculum would be one built from the ground up out of the liberal arts – economics, of course, but also history, philosophy, political science, psychology, and sociology – because those are the core disciplines of social scientific and humanistic inquiry. Properly understood, they are not “subjects” but ways of thinking about human beings, their behaviors, their institutions (of which businesses are just a small subset), and the ways they interact with the natural world. Only intelligent people with broad and deep backgrounds in the liberal arts can consistently make ethical decisions that are good for stakeholders, consumers, and the world they share.

Consider, for example, the presence of the products of forced laborers (some at least as badly off as the chattel slaves of yore) in corporate supply chains. Business school-trained managers are busy trying to scrub the taint of slavery from their corporate brands for fear of a consumer backlash. Can we trust them to really induce their suppliers to stop using coerced labor? Or will they take the easier, faster, and cheaper route and merely make it appear as though they have cleaned house? Some, taking the lead of former Procter and Gamble CEO John Pepper, who is active in the neo-antislavery movement, will do the right thing and try to make real changes, but not because of anything they learned in business school and maybe despite their business training. We know that other companies, perhaps the majority, will follow the lead of Volkswagen and actively subvert the law and ethical mores to make a euro.

Precisely because they are not deeply rooted in the liberal arts, many business schools try to inculcate messages into the brains of their students that are unscientific, mere fashions that cycle into and then out of popularity. No one can seriously purport to understand corporate X (finance, formation, governance, social responsibility, etc.) today who does not understand X’s origins and subsequent development. Often, then, the historian of corporate X is the real expert, not the business school professor who did a little consulting, a few interviews, and a survey. Even former business leaders who turn to teaching often do little more than pass along “wisdom” that is valuable only in a specific, and often fleeting, context.

Lurking somewhere in the background of most great business leaders, ones who helped their companies, their customers, and the world, is a liberal arts education. A few earned doctorates of philosophy; some were autodidacts; others attended the Aspen Institute; many attended liberal arts colleges as undergraduates. Instead of forcing students to choose between a broad liberal arts degree or a business career, business schools and liberal arts departments ought to work together to integrate all methods of knowing into a seamless whole focused on key questions and problems important to us all. There is not a single question of importance in the business world that does not have economic, historical, philosophical, political, psychological, and sociological components that are absolutely crucial to making good (right and moral) decisions. So why continue to divide understanding of the real world into hoary compartments almost twenty years after E.O. Wilson taught us about Consilience: The Unity of Knowledge?

How much higher would real per capita GDP be if more of our businesses were run by intelligent, liberally educated people capable of independent decision making? I don’t know, but I suspect it would be quite a bit higher, especially if policy schools also grounded themselves in the liberal arts. But the real threat is not laggard economic growth, it is the illegitimacy of the status quo. The many scandals and crises of the last half century have made big business and big education look as incompetent and venal as big government. A big backlash may already be underway and big business schools won’t be immune to its effects unless they begin to take curricular reform seriously.