Story of the Week: The Forgotten Midwest Craze for Building Palaces Out of Grain

Roundup
tags: Story of the week

Sarah Laskow is a staff writer at Atlas Obscura. 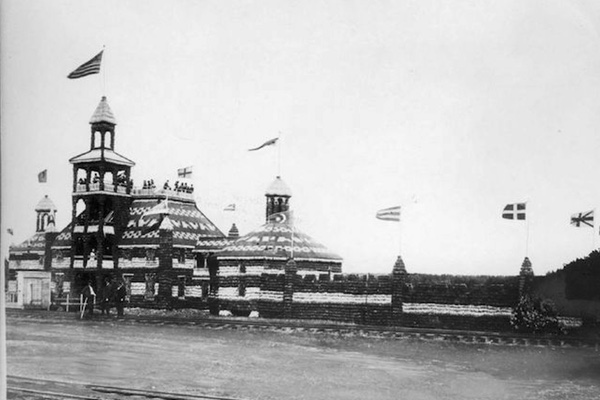 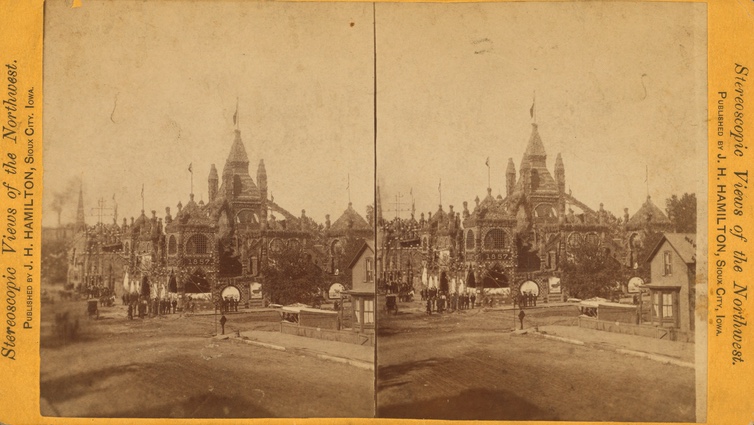 There was, one visitor reported, “flax for siding and flax for shingles, flax for decoration outside and inside, on the pillars and along the rafters, on the stairs and overhead, pendant from the ceiling, a world of flax in all the devices possible to fertile fancy.”

The inventive structure in Iowa was not the only one of its kind. In the late 1880s, the midwest was seized by a craze for building palaces out of grains—hay, bluegrass, alfalfa, and corn, corn, corn.

These were fairytale palaces, rising out of the prairie like illusions and topped by towers, turrets and spiral domes. A grain palace might have a promenade three stories up, or a passage wide enough to pass a streetcar through. ...