Why Do We Know so Little about China in World War Two?

Peter Harmsen, who studied history at National Taiwan University, has been a foreign correspondent in East Asia for two decades. He is the author of two books on Chinese history: Shanghai 1937: Stalingrad on the Yangtze and Nanjing 1937: Battle for a Doomed City. 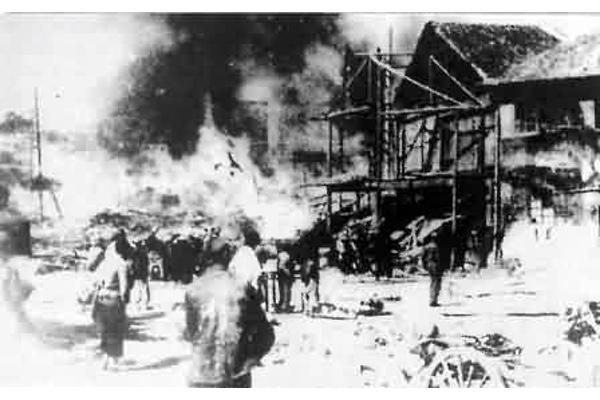 World War Two in China raged from 1937 until 1945. Some might even say it started as early as 1931. The number of casualties is open to debate, but 15 million dead is a frequently cited figure. In other words, nowhere else did the war last as long as in China, and nowhere else except the Soviet Union were as many people killed. Yet a curious fact remains: we know hardly anything about the war in China. 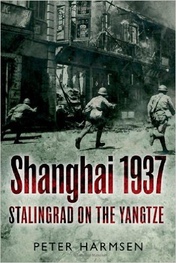 To give just one example, about 80,000 Chinese and Japanese soldiers became casualties during the first battle for the city of Changsha in September and October 1939 (there were three more battles for the city later in the war.) This is more than twice the number of total casualties on both sides during Operation Market Garden, the disastrous British and American attempt in September 1944 to penetrate German defenses in a bold airborne assault.

Hundreds, perhaps thousands of books have been written about that failed Allied offensive, focusing especially on its tragic epicenter at Arnhem. By contrast, not a single book exists in any western language about the first battle of Changsha – or the second, third and fourth, for that matter.

Comparisons such as these could go on for a very long time. Whereas biographies of US General George Patton are too numerous to count, no books exist in the West about flamboyant commanders such as Chinese Muslim General Bai Chongxi or Sun Liren, described as “China’s Rommel.” How many people in the West know that in China local puppet troops were doing a lot of Japan’s “dirty work”? Or that the first American firebombing in Asia was against the Chinese city of Wuhan in December 1944?

It is undeniable that there is a major bias in Western historiography about World War Two. The war in West, the war on the Eastern Front and the war in the Pacific are among the most thoroughly described chapters in history. Similarly, the air war, the war of the Atlantic, and the resistance movements of occupied Europe have found their historians. But 70 years after the defeat of the Axis, the war in China remains a blank slate. 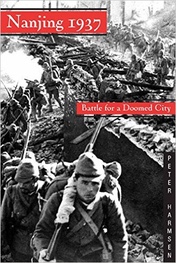 This is in sharp contrast with the situation in the Chinese-speaking societies, including China itself, Taiwan and Hong Kong, where the conflict, often referred to as the War of Resistance against Japanese Aggression, has been the subject of a voluminous literature.

Various explanations can be put forward to account for this gaping hole in the historiography. First, it can be argued that the China theatre was not decisive in the same way that, for example, the Eastern Front was. Even in a regional context it was arguably a sideshow. The war against Japan was decided on the small islands of the Pacific, not in China’s interior. According to this argument, post-war historians have shied away from this subject simply because it wasn’t important enough.

The argument is not particularly convincing. First of all, the idea that China did not play a decisive role in the global struggle from 1937 to 1945 is far from a consensus view. It is commonly argued that one million Japanese soldiers were tied down fighting Chiang Kai-shek or otherwise carrying out occupation duty in China. If China had thrown in the towel in mid-war, that million men could have been freed up to fight the Allies in the Pacific and Southeast Asia – if, of course, Japan had been in possession of the means to transport them there. This is not a foregone conclusion, since the Pacific and the Indian Ocean were risky waters for the Japanese Navy and merchant marine due to a crushingly efficient US submarine campaign.

All in all, it’s a complex discussion, but it may only be of limited relevance for the subject at hand. The fact is that war-altering significance has never been a requirement for triggering the interest of historians. One example: the European resistance movements have been the subject of a huge literature. This literature has been mostly national, but also, and increasingly, supra-national and comparative in nature.

This is not to say the historians have been wasting their time studying this topic. Quite the contrary is the case: the resistance movements have been essential elements in the postwar identity of many European countries, and therefore deserve the historians’ attention. In fact, China’s war may offer a very similar case, given for example post-war narratives of Communist resistance to Japan in the north of China, providing an important part of the legitimacy of the People’s Republic.

Another possible explanation for the low level of interest in China’s struggle is the absence of a consensus narrative about the war. China’s wartime leader, the Nationalist Chiang Kai-shek, lost a post-war struggle with the Communists, and in 1949 he had to flee to Taiwan. As long as China and Taiwan remained rivals, no consensus could emerge even on a basic topic such as the relative contributions of the Communist and Nationalist armies to the fight against Japan.

This argument has been weakened by the recent thaw in relations between China and Taiwan, reflected in growing recognition among Chinese historians of the key role played by Chiang Kai-shek and the forces under his command. However, what really destroys the argument is the fact that, the Cold War notwithstanding, it would have been possible for American and Taiwan historians to collaborate on histories of World War Two in China from a Nationalist perspective right from the 1950s. It just didn’t happen to any major extent.

Finally, the lack of interest in China’s World War Two experience has been blamed on the difficulty of using China’s archives. This is potentially critically important, as reflected in what happened after Soviet collapse and the opening of the Russian archives. The possibility of suddenly telling the Russian side of the story triggered an explosion in the literature about the Eastern Front.

Does this argument have relevance for China? Yes and no. It’s true that Chinese archives may have been out of bounds during the Cold War, but today, serious Western historians have much easier access. In addition, both China and Taiwan have published and continue to publish carefully prepared historical source materials, providing valuable information for anyone able to read them.

This leads to the circumstance which I consider the main obstacle to western research into the war in China: the difficulty of the Chinese language. It is a problem that’s not always recognized, but it’s nonetheless very real. According to the Foreign Service Institute at the State Department, it takes 2,200 class hours of devoted study to achieve proficiency in Chinese. This is about twice the amount of time needed to learn Russian or Vietnamese, and four times as much as the time invested in learning French or Dutch.

This is just in order to learn the modern Chinese language. To truly grasp the Second Sino-Japanese War in all its complex intricacy, knowledge of the classical Chinese language is a definite advantage, too. For example, Chiang Kai-shek’s diary, possibly the most important primary source of them all, was written in a terse and elliptical style which comes across as archaic even to many Chinese.

Unfortunately, knowledge of the Chinese language is absolutely crucial in order to do more than just scratch the surface of the complex events in China in the years from 1937 to 1945. Speaking from personal experience, if I hadn’t been able to read Chinese, I could never have completed my own two books on the subject, Nanjing 1937: Battle for a Doomed City and Shanghai 1937: Stalingrad on the Yangtze.

What to do about this situation? The answer is simple: nothing. Just wait. Mandarin proficiency is rapidly catching on throughout the West, as young people prepare for a future in which China will be increasingly important economically, politically and militarily. This will also feed into the historians’ profession, where Mandarin will no longer be such a rare skill as it is today. Based on this, I feel confident that in a decade or two, the bookshops and websites will be brimming with books about China’s epic struggle with Japan in the 1930s and 1940s.