This Is How to Make History Interesting

David W. Tollen is the author The Jericho River: A Novel About the History of Western Civilization, which teaches and explores history through a fantasy story. It won first prizes at the London Book Festival and the Next Generation Indie Book Awards, among other honors. Mr. Tollen has written several other books and also writes the blog Pints of History. He has degrees from Harvard Law School, U.C. Berkeley, and Cambridge University. 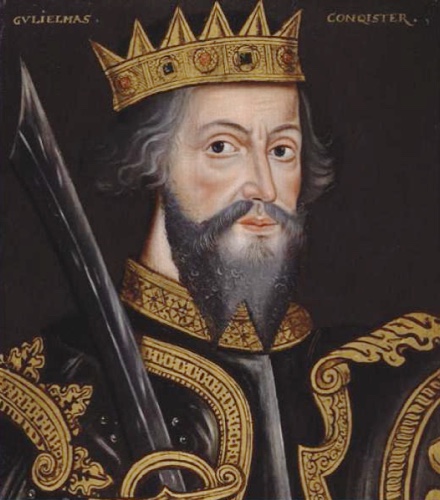 Does this passage interest you?

William the Conqueror, whose cause was favoured by the pope, was soon submitted to by the English, who wanted leaders, and had been of late much accustomed to usurpation and conquest. … [E]ven Stigand, the patriotic archbishop of Canterbury, found it advisable to go with Edgar Atheling to meet William and offer him the crown.

The passage comes from Alice in Wonderland. Alice and some small animals find themselves soaking wet, and an officious mouse tries to dry them off by reciting this history—quoted from a real Victorian textbook. “This is the driest thing I know,” says the mouse. I suspect most Victorian readers found it pretty dry too. For those of us who hope to interest history students or readers, the mouse has nothing to offer.

The Aztecs’ and Incas’ cotton armor was arguably better than Spanish steel. Pre-Columbian technology excelled at tight weaves, so the natives’ quilted cotton and leather wasn’t that much weaker than steel plate—and it was far lighter and more flexible. That’s why many conquistadors traded their breastplates for native armor.

Christianity did not erase pagan gods and mythical beings. Some became saints, while others went underground into fairytales. In Germanic myth, for instance, the white-skinned goddess Freya meets a troop of dwarves and sleeps with each one in exchange for a beautiful necklace. Some scholars think this myth evolved into Snow White and the Seven Dwarfs. Then there’s the Tuatha Dé Danaan: a race of elves or godlings from Irish myth. They lived under Ireland’s many sidhe—its hills and mounds—and evolved into the spirits of the hollow hills: fairies.

Most readers find these passages interesting. In fact, I’ve paraphrased them from my blog and my book, The Jericho River, because readers and traffic statistics tell me they’re popular. So why do these stories grab more attention than the mouse’s William the Conqueror history? 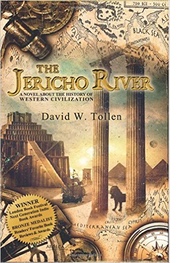 In a seminal 1971 paper entitled That’s Interesting!, maverick sociologist Murray S. Davis describes his research into attention-grabbing ideas. “In brief, an interesting proposition was always the negation of an accepted one.” Davis—himself notoriously irreverent, impish, and interesting—concludes that “[i]nteresting theories are those which deny certain assumptions of their audience ….” Davis also lists the features of uninteresting ideas. In particular, an uninteresting proposition “affirms some aspect of [the audience’s] assumption ground” or “does not speak to any aspect of this assumption-ground at all.”

In that light, it’s easy to see why the mouse’s history is dry. For readers who don’t know much about William the Conqueror, the mouse doesn’t speak to any assumptions. And for readers familiar with the Norman Conquest, the mouse challenges no assumptions. The passages about cotton armor and fairytales, on the other hand, do challenge many readers’ assumptions—about the superiority of European military metal and about the disappearance of pagan religions. (Audience assumptions vary, as Davis points out, so I’m sure some readers learned nothing new from those passages. Part of the trick is guessing your audience’s assumption-base.)

Davis’s view offers a guide for those of us who write or teach, but I think there’s more to grabbing history readers and students. I think origins play a role. What do you think of these two passages?

The Turks introduced coffee to Europe in the late 1400s. A lot of Westerners thought it was the devil’s brew, but according to legend, Pope Clement VIII found he liked coffee in 1600 and literally baptized it. Coffeehouses grew popular during the Seventeenth Century, particularly in England. It’s even been suggested that coffeehouses helped trigger the Glorious Revolution. Ale had kept the British happy and stupid, while coffee filled them with vim and argument, which spurred political griping.

Historians have suggested King Arthur was a Roman-Celtic warlord named Ambrosius Aurelianus, who lived around 500 AD. He may have fought Britain’s barbarian invaders: the Angles, Saxons, and Jutes. But some historians consider Arthur pure myth. In fact, one theory says he was a Celtic bear god who evolved into a human king through centuries of retelling.

These passages come from my book, and again they seem to be popular. Yet they’re not particularly surprising. Instead, they offer the origins of familiar things. Almost everyone knows a bit about King Arthur and about coffee; now we know where they came from, or at least some key theories. Here I think we have a caveat to Davis’s rule, particularly applicable to history: the origins of familiar things are interesting.

Familiarity is the key—both for Davis’s surprises and for origins. You can’t be surprised unless you’re already familiar with the subject-matter. And origins won’t interest you unless they’re of familiar things.

For those of us who want to share history, the lesson is: grab the audience with material it already knows—by offering origins for the familiar or by challenging the familiar. Let’s take an example. Middle schoolers who know very little about the Bronze Age won’t easily be engaged by its history. Yet they probably do know something relevant. “Did you ever wonder,” a teacher might ask, “why warriors in some movies use chariots instead of just riding the horses? People in Bronze Age civilizations didn’t realize you even could ride a horse. It’s hard to ‘break’ a horse so that it won’t buck you right off, and if you’d never seen it done, you wouldn’t know it’s possible.”

The same goes for work with older students and for writing history. For instance: “the world of hunter-gatherers may seem totally remote—but that’s roughly how most people live in The Walking Dead.” “Early First Millennium B.C. trade patterns may seem obscure, but they spread a new language across the Fertile Crescent—and that’s why Jesus spoke Aramaic.” “You may think the U.S. was born in 1776, but for several decades after that no one knew if it was a country or an international coalition—like today’s European Union. That’s one reason they called it ‘these United States,’ plural.”

It’s always possible to find the familiar in history—in any history. We’ve just got to think about our audience. And the familiar can serve as much more than a teaser. We can keep coming back to it as the course or the writing itself builds the audience’s knowledge-base, providing new ground to challenge assumptions and to teach origins. As Davis puts it: “Any course whose on-going development parallels the natural progression of the student’s mind from start to finish should have no difficulty in eliciting and sustaining their interest.”

With the power of the familiar, we can go beyond just teaching the past. A student or reader who finds origins and surprises everywhere will love history.