How Do You Unfriend an Assassin?

Kathryn Canavan of Wilmington is the author of “Lincoln’s Final Hours: Terror, Conspiracy and the Assassination of America’s Greatest President, published by University Press of Kentucky in October. 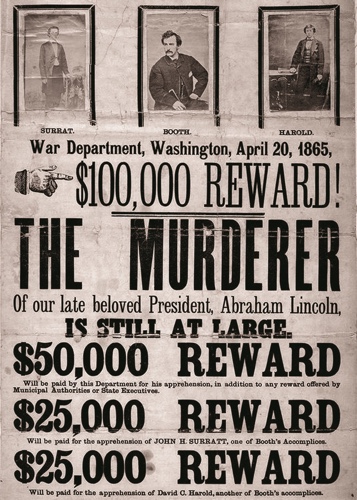 Authorities used John Wilkes Booth’s theater publicity photo on his wanted poster. Booth was on the run for 12 days before he was shot in a Virginia tobacco barn.  Credit: Library of Congress

John Wilkes Booth was one of the most popular men in America in 1865. Socialites checked into hotels with him. Waitresses ignored their other tables and offered him free steaks. Hotel maids made up his room even if it had already been made up. Men maneuvered to be his friend. Wherever he went, he usually had two or three of them trailing him. 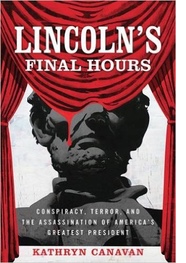 Then, on April 14, 1865, Booth assassinated the president at Ford’s Theatre. Suddenly, it was no longer in vogue to be a friend of Booth. Several were rounded up, interrogated and imprisoned. Ordinary people got caught up in an extraordinary event in Washington, D.C. history.

Imagine if it happened to you.

How do you unfriend an assassin?

He wondered what got into Booth

Orchestra leader William Withers was already in a celebratory mood as he approached the backstage door of Ford’s Theatre on assassination night. A thin, balding man with a walrus moustache as wide as his face, Withers believed the greatest triumph of his career was just a few hours off. One of his tunes would be performed for the president and a packed house. So, when Withers bumped into John Booth and Booth invited him for a drink, he quickly agreed. Booth, always given to sudden bursts of energy, was more fidgety than usual that night. He seemed so high-strung that, when Withers returned to Ford’s, he asked a musician, “What’s come over Booth tonight?”

Less than three hours later, Withers spent ten seconds he would never forget between Booth and his getaway horse. Withers was backstage fussing about a musical change when Booth shot Lincoln. Clueless, Withers inadvertently blocking Booth’s path to the exit. Even in the low light, Withers could see Booth’s face was pale, his arms were flying and his eyes seemed to pop from their sockets. Booth shrieked, “Let me pass, or I’ll kill!” Withers, stupid with terror, froze. Booth sprang at him with a bloody dagger. The blade never broke Withers’ skin, but one of Booth’s blows hit his shoulder with enough force to land him on his back like a turned turtle. Booth looked down at Withers and, at that instant, he recognized his old friend. “God! Billy Withers!” he cried. With that, he turned and shot off like an arrow. Withers had barely recovered when detectives arrived and mistook him for Booth. They dragged him into the alley and a seething mob gathered around. Withers screamed, “You’ve got the wrong man. I am Billy Withers, leader of the orchestra! Does nobody know me?” Guns were drawn. Men called for ropes to hang him. Then, luckily for Withers, the mayor happened by and recognized him. He instructed the police to jail him until everything could be sorted out.

He called out sick

Charles Warwick acted at Ford’s Theatre, but he missed the most historic night in the theatre’s history. On April 14, Warwick was recuperating from an illness. He saw Booth earlier that day, though, when he went out to get some fresh air in his lungs.

Booth, who knew Warwick had been under the weather, shook his hand and wished him good health. It was the last time Warwick saw his friend.

Those dainty fingers pulled the trigger

Less than a month before the assassination, Booth was seconds away from revealing too much to a Union naval officer one day in Manhattan. The actor was walking along Broadway when he ran into John Barron, an old actor friend from Richmond. Barron, wearing a borrowed overcoat over his uniform, was pleased to see Booth. He always thought the Booths were generous and considerate but borderline insane. Booth called Barron forward as if to confide something. As Barron turned toward Booth, his overcoat blew open, revealing the brass buttons and gilt shoulder straps of a Union officer. Booth’s face turned pale and he quickly segued into small talk. They departed, and the two never met again. Barron hadn’t seen a newspaper the weekend of the assassination, so he was shocked when a friend in Baltimore told him John Booth had assassinated the president. Barron thought back to that day on Broadway. He realized Booth must have used every ounce of his acting ability to suppress his emotions.

Barron found it hard to imagine Booth’s delicate, tapered fingers pulling the trigger that killed Abraham Lincoln. They were as dainty as a girl’s, he thought.

He called Booth his best friend

John Mathews almost got himself hanged twice on assassination night. The 30-year-old comedian grew up with Booth. They had the same jet black hair and classic features, but Mathew had none of style and charisma that made heads swivel to watch Booth.

Mathews lived upstairs at Petersen’s Boardinghouse, the house directly across the street from Ford’s Theatre where President Lincoln was taken after he was shot. A few weeks before, Mathews rented the downstairs room where President Lincoln died. Booth sometimes visited him there, stretching out on the bed, laughing and telling stories, his pipe hooked in his mouth.

Six hours before the assassination, a very nervous Booth greeted Mathews on the street. Booth squeezed his friend’s hand so tightly that his nails left marks.

“Johnny, I wish to ask you a favor,” Booth said. “Will you do it for me?” Booth just wanted him to deliver a sealed envelope to the editor of a newspaper the next morning. Mathews had no idea it was a confession to the nation’s first presidential assassination.

He stuffed it into his overcoat pocket and forgot about it – until Booth fired on the president.

In the chaos following the shot, Mathews and other Ford’s actors made for the exits to avoid police. Mathews retreated to his boardinghouse across the street, the same house where the president lay dying. He walked past the armed guards and climbed straight upstairs to his room totally unaware that Booth’s letter was about to fall out of his overcoat pocket.

As he removed his coat, he heard the envelope Booth had given him plop out on the pinewood floor. “Great God,” he said to himself. While cabinet members gathered around the president downstairs, the comedian ripped open the envelope.

Instantly calculating that the letter in his hands was all the evidence the police needed to condemn his friend Booth to death, Mathews lit it afire and watched it shimmy in his bedroom fireplace until the handwriting on both sides turned black. His sole impulse was to erase any evidence against his friend. He hadn’t yet realized what a slender thread his own life would hang by if anyone even knew. Two crowds tried to hang him later that night solely because he knew Booth. He escaped the first. The second time, the rope was already looped around his neck when some soldiers rescued him.

Mathews was so frightened that he thought about changing his name, but he always remained faithful to Booth. Even three decades later, he referred to the country’s first presidential assassination as “the great mistake.”