Ben Carson tried to compare his own lack of political experience to that of the Founding Fathers. The trouble is, he got his history wrong.

In a Facebook post late Wednesday, Mr. Carson, a retired neurosurgeon seeking the GOP presidential nomination, asked if the American people really want officials with political experience. He added, “Every signer of the Declaration of Independence had no elected office experience.”

Mr. Carp said Thomas Jefferson, Samuel Adams, John Hancock and many other signers had been elected members of their colonial assemblies, prior to signing the Declaration. Mr. Carp said he hadn’t done a tally, but believes that a majority of the signers had held elected office.

That was echoed by Gordon S. Wood, an emeritus professor of history at Brown University and a leading scholar of the American Revolution, who said Mr. Carson’s claim was “wrong.” He said most of the signers had not been governors, since those were appointed by the British Crown, but pointed out that Stephen Hopkins of Rhode Island had been an elected governor.... 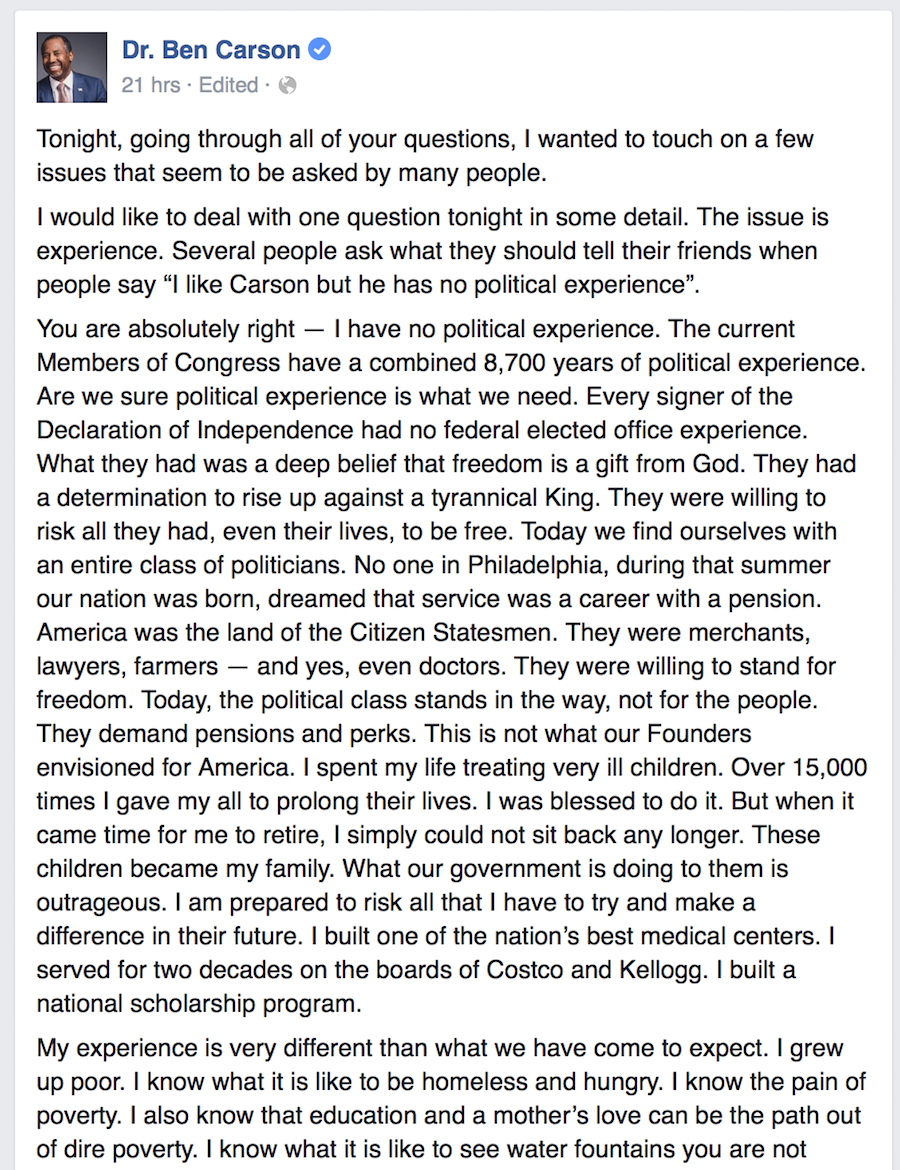