Kevin R. Kosar is the director of the governance project at the R Street Institute, a Washington, DC think-tank. John Maxwell Hamilton is a senior scholar at the Woodrow Wilson Center for International Scholars and on the faculty of the Manship School of Mass Communication, Louisiana State University.

Should we raise the minimum wage? That is a subject worthy of fair and square political debate, which it is receiving in the opening weeks of the presidential primary season. But how would you feel if you learned the Obama Administration is using your tax dollars to persuade you to support such federal legislation? 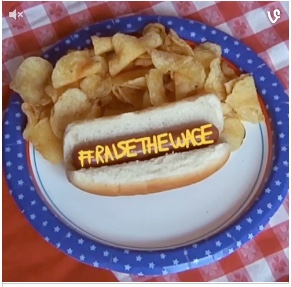 Well, it is. The Department of Labor has been conducting a media campaign for months. It has a webpage devoted to the topic, which proclaims, “See how raising the national minimum wage will benefit America’s workers.” Websurfers are invited to tell the Labor Department “Why do you support raising the federal minimum wage.” Twitter users can see a video of a squiggle of mustard spelling out “#RaiseTheWage” on a hot dog, an obvious reference to the recent advocacy to pay fast food employers more money. Notably absent from Labor Department’s public relations campaign are any indication that a higher minimum wage–like any policy–will come with costs. It is all hortatory.

The Labor Department’s actions may draw fire from Capitol Hill. Federal law forbid the government from using its information apparatus for partisan purposes and “grassroots lobbying.” The rationale for this goes to a fundamental democratic issue. The executive branch should not be able to use the government’s lopsided communications advantages – paid for by taxpayers – for political propaganda. In this instance, America’s minimum wage is set by Congress, and there is legislation pending to boost it.

But if the Labor Department is called out this time–perhaps because an article like this draws attention to its media activities–it will be exceptional.

While many fret about government bureaucrats excessively wielding their “secret” stamps to withhold information and worry about the National Security Agency collecting personal data on citizens, government propaganda carries on every day, throughout the bureaucracy, with barely a ripple of distress from any quarter.

One reason this activity is difficult to monitor is that the government puts out so much information on a daily basis. This is best understood as the Third Dimension of government information, a term we use to distinguish the activity from government efforts to classify information or collect data on individuals, activities that also can lead to abuses and are difficult to police. In fact, there are more safeguards for the other two dimensions than for the third, for which there are no reporting or monitoring requirements.

Advertising is only a tiny part of the Third Dimension. That $760 million figure does not include the salaries of the innumerable bureaucrats who promote their agencies’ work in print, on-air, and on-line. It does not include the multi-million dollar anti-drug media campaigns, or the cost of printing and publishing reports and government journals, such as the Federal Highway Administration’s Public Roads magazine. Speaking of publishing, the Government Publishing office, which costs $110 million to operate, has more than a million publications online.

The Internet has only made it easier for the government to reach out and touch the public. Not long after President Obama arrived in office, his administration carried out an audit of federal government websites. They found 24,000 of them. Federal agencies have swarmed social media. The Department of Commerce has a YouTube channel. The Environmental Protection Agency – to name just one of the 120 government agencies – has about two dozen Twitter accounts. The EPA has tweeted more than 11,600 times since 2008, or about 4.5 times every day of the week. Almost every agency has one or more blogs.

Government agencies have been pumping out information that verged on propaganda since the earliest days of the Republic. Treasury Secretary Alexander Hamilton’s report on manufacturing (1791) promoted policies to grow the nation into a commercial republic. From time to time Congress has attempted to curb executive agencies’ persuasive communications. 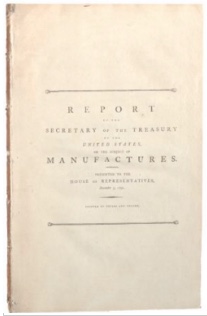 But this has done little good. Mordecai Lee, one of the few scholars to pay any attention to this issue, notes that agencies have given their communications staff different titles, such as “public affairs specialist,” and renamed their work “outreach” and “public education.”

The major turning point in government propaganda came in World War I. The government grew in order to fulfill war aims, and so did its desire and ability to mobilize American public opinion. The chief agent of this was President Woodrow Wilson’s Committee on Public Information. It was the first government entity to attempt to systematically shape the views of American and foreign audiences through news releases, posters, speakers, films and ads, as well public affairs officers in embassies. Some of its work was done covertly. The CPI was abolished at the end of the war, but the new norm was here to stay: the government was in the persuasion business, which has taken on proportions that even its creators find difficult to control.

A few years ago, vice chief of staff of the Army, General Peter W. Chiarelli, set out to determine how many people were involved in strategic communications. “Stratcom,” as it was called, had been expanded by Secretary of Defense Donald Rumsfeld and was considered by many people to be shorthand for policy advocacy and spin. “Couldn’t do it,” a military chief public affairs officer told me of Chiarelli’s study. Many working on strategic communications held unrelated job titles. Commanders did not cooperate. Senior officers relied on these people to promote their programs as well as themselves, and feared that Chiarelli would eliminate the positions.

Not all of the Third Dimension works against democracy. In fact, most government communication is essential to open, transparent government. We want to know who receives government contracts as the Federal Register (a child of the Committee on Public Information) tells us. We need data on trade or unemployment to make good economic decisions. Our quality of life is enhanced by the National Weather Service’s reports, and Smokey the Bear and the various public service announcements can remind us to be a little more sensible.

But, as the Department of Labor’s wage campaign shows, it is all too easy for government officials and bureaucrats to step over the line between informing and propagandizing. Congress occasionally tries to rein in agencies a little. The Taxpayer Transparency Act of 2015 would force agencies to label their ads and media as government-produced, which agencies do not always do. This reform would be even more helpful if it required agencies to cite and share the sources for their “facts.” Where, for example, are the DoL data that prove hot dog venders earn less than $9 an hour?

Something more fundamental and systematic, however, is needed: an assessment of the size of the Third Dimension. Congress should direct agencies to annually inventory the number of public communications they produce, the number of staff who assist in communications, and the approximate cost. These reports should additionally reference whatever laws authorize agencies to communicate with the public and for what purposes. All these data should be submitted to the Government Accountability Office, which can audit the data, and then publish publicly an overall inventory of government public communications.

This is only a start, of course. But it would be a big step ahead of where we are now. Just as setting the federal minimum wage is a ripe subject for energetic political debate and decision-making, so too is the Third Dimension. The use of our tax dollars to shape our views is too important to be left in the dark shadows of government.