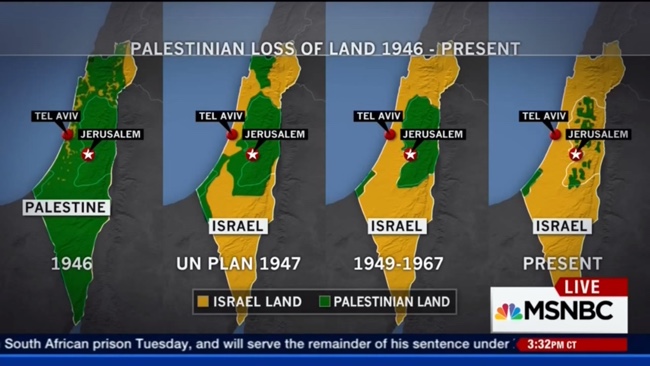 MSNBC has apologized for airing a deeply "confused" and "absurd" graphic last week claiming to show how much land Israel has taken from Palestine.

"Last Thursday, in an attempt to talk about the context for the current turmoil in the Middle East, we showed a series of maps of the changing geography in that region," said MSNBC's Kate Snow Monday afternoon.

"We realized after we went off the air the maps were not factually accurate and we regret using them," she added. "Clearly, that set of maps was wrong."