The Dangerous Nonsense Ben Carson Is Spreading About Muslims

by Brian A. Catlos

Brian Catlos spent over a decade living and travelling in Europe, the Americas, the Middle East, North Africa and Asia before completing his PhD (Medieval Studies, Toronto) and joining the History Department at the University of California, Santa Cruz. In 2011 he was appointed a Research Associated in Humanities at UC Santa Cruz. He is the author of Infidel Kings and Unholy Warriors: Faith, Power, and Violence in the Age of Crusade and Jihad.  Thumbnail Image - "Ben Carson at CPAC 2015" by Gage Skidmore. Licensed under CC BY-SA 2.0 via Commons. 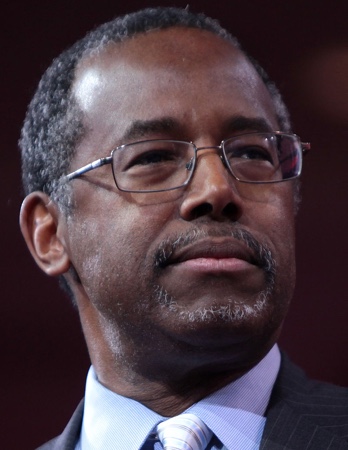 In the last few weeks, the radical right of the GOP and its various organs have come upon a new concept to cloak their Islamophobia: taqiyya. As they would tell it, taqiyya permits Muslims to lie and, therefore, it effectively makes every Muslim a potential mole, traitor, or fifth-columnist. As Ben Carson, himself a presidential hopeful, would have it, it is because of taqiyya (and not because of simple bigotry) that he believes – the constitutional ban on religious tests for public office notwithstanding – a Muslim should not be permitted to serve as President of the United States. This is a dangerous and insidious argument: not only does it vilify a whole class of people, it does so in a way that makes them permanently suspect. Any Muslim who denies he is practising taqiyya, it may be presumed, may be practicing taqiyya when he or she does so. Therefore, no Muslim can be trusted, ever. 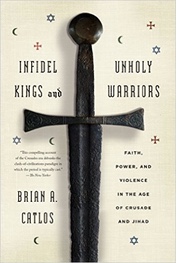 But, the argument itself has no merit because taqiyya does not consist of “lying to achieve ones goals,” as critics would have it. So what is it? Taqiyya (together with a related concept, kitman) refers to the “covering up” or hiding of one’s faith in the face of life-endangering oppression. It originated in the earliest period of Islam, in which Muslims were being persecuted by their pagan townsfolk of Mecca, and is sanctioned in the Qur’an. It became particularly important for Shi’a Muslims when they were being officially persecuted under the rule of the Sunni Abbasid Caliphs in the early Middle Ages. After 1500, when the Muslim inhabitants of Christian Spain were forced under threat of death to convert to Christianity, some Islamic religious authorities assured them that as long as they kept their inner faith, they could profess themselves as Christians and take part in Christian worship in order to avoid persecution. Taqiyya does not provide carte-blanche for Muslims to lie about themselves, or to infiltrate and subvert non-Muslim societies, but provides a way of maintaining the safety and continuity of their community when it is under mortal threat.

Similar practice can be observed in Christianity. For much of the first three centuries of its existence Christianity was outlawed in the Roman Empire, and although martyrdoms are recorded, clearly the majority of Christians hid their faith and worshipped secretly in order to survive. In the early 300s the Emperor Diocletian embarked on the last great Roman persecution of Christians in which between 3,000 and 5,000 were put to death as martyrs. The situation was particularly dire in North Africa, and so some Church leaders agreed to hand over copies of Scripture to the authorities and substitute them with pagan writings in order to escape arrest. Later, when the persecution ended, a small group of hard-liners, known as the Donatists, branded these leaders as traitors and insisted they be cast out of the Church. But in the end it was the Donatists who were declared heretical, and those Christians who had hid their faith under threat of death were judged not to have sinned. In the sixteenth-century, Calvinists (the forerunners of the Baptists who today dominate the GOPs religious wing) spread their faith into Catholic lands by infiltrating those societies and setting up secret cells of worshippers, while outwardly hiding their true beliefs.

Jews also practiced the occultation of their faith when under threat of violence or death. In the 1100s Muslim Spain, or al-Andalus, was taken over by a rigorous and uncompromising group known as the Almohads. As part of their program they determined to force non-believers into humiliating submission. As a result, some Spanish Jews pretended to convert to Islam. These seem to have included the family of Moses Maimonides, the greatest Jewish theologian of the Middle Ages, and the author of the Mishneh Torah. Under the cover of their false conversion, his family moved first to Morocco, and then on to Egypt, where they could live openly as Jews, and where Maimonides went on to serve as the personal physician of the sultan Salah al-Din. Three centuries later in Christian Spain Spanish Jews came under pressure to convert to Christianity, culminating in a wave of pogroms that swept through the peninsula in 1391. In the face of this violence, tens of thousands of Jews converted in order to save their property, family and lives. The fact that some continued to secretly practice Judaism while living outwardly as Christians was one of the main reasons the Spanish Inquisition would be established in the 1478.

In other words, there is nothing particularly Islamic about hiding one’s faith in the face of persecution. Nor does taqiyya provide a blanket rationalization for deception. The accusation, which effectively brands all Muslims as liars, parallels the anti-Jewish propaganda of the Nazis. It is an appeal to the basest bigotry and xenophobia, and a shallow rationalization for prejudice and discrimination. All religious traditions recognize that few individuals would go to their deaths in the name of their faith, and see their families dispossessed and destroyed as a result; therefore, they provide a mechanism by which their members can escape oppression in good conscience.

But, this aside, the notion that everyone who practices Islam or is of Islamic heritage prioritizes their identity as a Muslim and follows what is supposedly Islamic doctrine is simply ridiculous. Individuals are not mere caricatures of their ideologies, and we constantly break the rules we are supposed, ideally, to live by. Many Muslims – even those striving for piety – drink alcohol, just as many Jews eat pork, and many Christians divorce. People of every faith commit adultery, lie and steal.

In any event, if the self-proclaimed Christians of the far right were to follow their own logic, they would disqualify themselves from the presidency. After all, the New Testament is quite clear that Christians should never kill – a doctrine that should preclude any Christian from serving as “Commander-in-Chief” of the military, one of the key responsibilities of a President. In these dangerous times do we really want a President who will “turn the other cheek” or live by the command to “love your enemies?” Perhaps the only logical solution is to only allow someone to stand for President who will not put his or her own religion or personal beliefs before the needs of the country; in other words, an atheist.