The Surprising Role of the United States Military in Undermining Slavery

Matthew J. Clavin is Associate Professor of History at the University of Houston and the author of Aiming for Pensacola: Fugitive Slaves on the Atlantic and Southern Frontiers 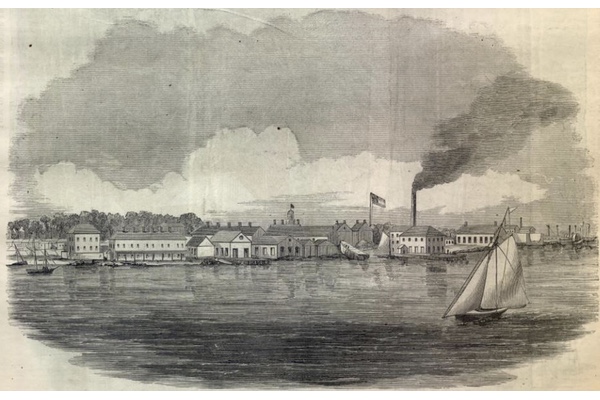 I was excited when I first learned of the recent dustup sparked by Sean Wilentz’s comments in the New York Times regarding the United States Constitution and slavery, for I welcome any effort of historians, scholars, and other intellectuals to spar over some of the most significant and resonant ideas in American history, even those considered sacrosanct. The willingness to challenge the inviolable idea that slavery was from the earliest days of the republic a national institution has caused me to consider what other truisms we might be willing to at least consider revising? Based on some of the findings in my study of slave resistance in one small corner of the antebellum South, Aiming for Pensacola: Fugitive Slaves on the Atlantic and Southern Frontiers, I think the widely held belief that the United States military was an exclusively pro-slavery institution is worthy of reconsideration. 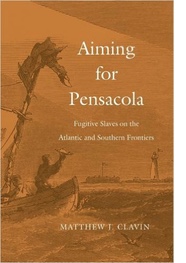 With its long history of capturing and renditioning fugitive slaves, suppressing slave insurrections, and clearing a violent path through Indian country for the expansion of the plantation complex, few could argue that the United States military was not from its inception pro-slavery. Nevertheless, the armed forces possessed a unique ability to subvert slave owners’ authority, especially in parts of the South inhabited by large numbers of federal soldiers, officers, and administrators. This was certainly true of Pensacola, a small port city on the northern Gulf Coast that within several years of the United States’ annexation of Spanish Florida in 1821 became home to one of the most important military bases in the South. Because of a shortage of labor and a steady supply of federal funds, Pensacola’s militarization benefitted slave owners financially for several decades; at the same time, however, it also posed multiple challenges to the racialized slave society slave owners imposed on the region.

Of these challenges, three in particular stand out. First, despite its reputation as a sleepy southern town, antebellum Pensacola was an international crossroads of people and cultures because of the military presence. Three army forts forming a triangle at the mouth of Pensacola Bay, including the massive Fort Pickens, and the Pensacola Navy Yard just a few miles south of the city, brought people to the region who had nothing to gain by supporting slavery. Pensacola’s incredible diversity revealed itself in the words of a traveling missionary, who at mid-century described the workers at the local Navy Yard thusly: “These operatives are from almost every part of the known world. Philadelphians, New Yorkers, Baltimoreans, Scotch, Irish, Dutch, Swedes, Danes, Norwegians, Spaniards, French, Italians, Portuguese, English, Creoles, and Africans,” he continued, all “mingle here promiscuously together.”

Second, because of a paucity of native-born free workers federal officials leased bonds people from local slave owners and employed them in the construction and maintenance of the forts and navy yard in the four decades before the Civil War. Though enslaved, the lives of these black men and women contrasted significantly with their contemporaries across the plantation South. Slaves rented by the army and navy received the same daily ration as enlisted men, lived and worked far apart from their owners and overseers, and at the end of the work day moved freely about the federal grounds and adjacent areas, leaving slave owners at a loss for how to maintain what they considered to be a proper sense of order and decorum.

Third, a racially integrated navy meant that free men of color, who wore the distinctive blue-and-white roundabout jacket and trousers of American sailors and were a common sight on Pensacola’s streets, commanded the regard if not the respect of the local population. The celebrated trial of Lieutenant George Mason Hooe illuminates just how threatening navy culture was to the racial status quo. In January 1839, a federal court-martial in Pensacola tried Hooe for several crimes including unjustly doling out corporal punishment to black and white sailors alike. When the testimony of two black men helped produce a guilty verdict, and President Martin Van Buren voiced his approval of the navy’s seemingly colorblind regulations regarding witness testimony, white editorialists across the South expressed outrage. Yet in Pensacola, the editors of the local paper affirmed the supremacy of the federal government, especially on issues related to the military. Remarking on the longstanding tradition of allowing the testimony of African Americans in Pensacola’s federal courts, the editors reminded readers, “It is a fact not unworthy of remark, that there have, within the last ten years, been more Naval Courts Martial in this harbor than in all the other ports of the United States, and although in many of these courts, coloured witnesses have been called to testify, no question has ever been made as to their competency.”

A nascent military industrial complex subverted slave-owners’ authority in Pensacola, which helps explain why the city was a mecca for fugitive slaves in the decades before the Civil War. But the implications of this subversiveness extend far beyond the boundaries of the city and adjacent military installations. As historians of the Civil War-era like James Oakes and William Freehling have shown, for example, white southerners’ fear that federally appointed anti-slavery clerks, judges, and other officials would dismantle the institution of slavery piecemeal was an important touchstone of the secessionist movement. Consequently, it is worth considering that while the United States military promoted and protected racial slavery it also at certain times and in certain places posed a significant threat.