From the Folks Who Brought You the Civil War: The Political Legacy of Slavery

Mark Stoll is associate professor of history at Texas Tech University. He is author of "Inherit the Holy Mountain: Religion and the Rise of American Environmentalism" (Oxford University Press, 2015). 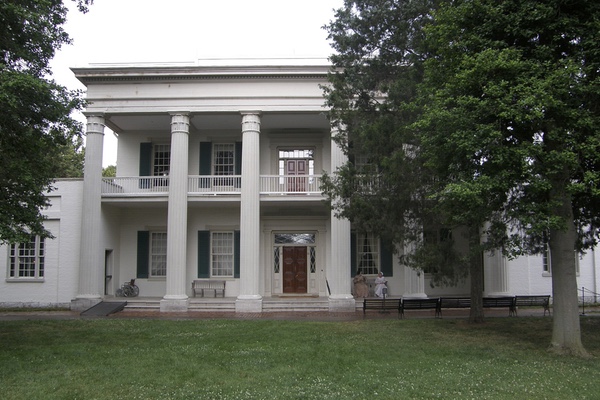 "The Hermitage by Jim Bowen" by Jim Bowen from Zhenhai, China - Andrew Jackson's Home. Licensed under CC BY 2.0 via Commons.

Church burnings, police shootings, and of course the horrific murders at Emanuel African Methodist Episcopal Church in Charleston, South Carolina, remind us that, although the Civil War ended slavery, the mental and social world it fostered is still with us. These terrible events at least got us talking again about enduring problems of racism and emblems of slavery like the Confederate battle flag. This is all to the good. It was no minor thing that many (if not all) states across the South have lowered Confederate flags, hopefully never to rise again. 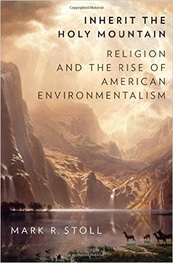 But slavery also left another legacy in Southern conservatives’ devotion to small government and low taxes. Less obviously connected to slavery than race, conservatives dress up those ideals in a seductive rhetoric of “freedom.” However, ever since slavery began, they have perniciously worked to protect the interests of the wealthy elite at the expense of the common good.

In every slave state from Maryland to Texas, slavery infected not just racial attitudes but economics, politics, society, culture, and religion as well. An economy of commodity agriculture, founded on the labor of enslaved Africans, created a thoroughly individualistic, competitive, and atomized society. Overwhelmingly rural, the South developed no real civic culture.

Rather, culture centered around the proud planter in his great pillared house who lorded over vast lands and throngs of unfree laborers. Those plantation houses symbolized individual owners’ power and wealth, not democracy or community. What a contrast with that icon of New England, the white church steeple rising over the town green of tidy, prosperous community, where town meetings represented the ideal of democracy!

Southern planters wanted weak governments that couldn’t or wouldn’t interfere with slavery. They also demanded low, regressive taxes that didn’t cut into profits. From colonial days on, they completely dominated local and state governments and ran them according to their interests.

Slaveowners sought to control the national government as well. They inserted passages into the Constitution which made it impossible to tax the South according to its wealth and which boosted Southern political power. It worked for brilliantly. No president before Abraham Lincoln was hostile to slavery. Eleven presidents owned slaves. Southern Senators blocked legislation that threatened their interests. The Southern elite suppressed free speech, controlled the mails, and silenced petitions. After Emancipation they invented clever new strategies to keep blacks and poor whites from voting.

Southern slaveowners Thomas Jefferson and Andrew Jackson injected the word “freedom” into politics. They called for the widest freedom of action for individuals and the smallest constraint on them by the community. Conveniently, this was the same ideals that had always left the wealthy free to do as they want in pursuit of riches. The rest of society were left to fend for themselves. Were you born into poverty or slavery? Tough luck!

The South has also had the nation’s least economic and technical innovation. (Regions of high innovation like Austin, Texas, or North Carolina’s Research Triangle are the most liberal and least Southern of their states.) The conservative Southern elite has generally made its wealth from resource exploitation. Endeavors like agriculture, ranching, logging, mining, and oil and gas, and more recently real estate development reward entrepreneurial individualism. Unsurprisingly, the Koch family is from Texas and made its fortune in the oil and gas industry. It also makes sense that Arkansas is the home of Wal-Mart, a plantation-like business that employs over a million low-paid workers who enrich the fabulously wealthy Walton family.

Conservative Southerners have not been content to keep their ideology in their home states. They expanded slavery into regions outside the South so successfully that they started the Civil War when Republicans tried to stop them. After the end of slavery, they convinced the world to look the other way while they segregated and oppressed blacks. Out-migration since World War II spread Southerners’ attitudes and politics across the nation. Their ideas of small government and low taxes nationwide resonated with moderate Northern conservatives who objected to business regulation.

Since the 1970s, increasingly bolstered by Southerners, the Tea Party libertarian wing has pushed its agenda with ever-greater success. The consequence for society will be not just renewed efforts to suppress the vote of the poor and minorities, but also crumbling infrastructure; underfunded public schools, public services, and state parks; weakened environmental protections; and limited worker rights. Southern Republicans have pushed this agenda already in states like Texas and North Carolina. Now Republicans have successfully exported the Southern model to Northern states like Kansas and Wisconsin.

Abraham Lincoln warned that slavery’s “advocates will push it forward, till it shall become alike lawful in all the states, old as well as new -- North as well as South. Have we no tendency to the latter condition?” If Republican Tea Party libertarians gain power, all of America will become the South. The Civil War is far from over.