There’s a Reason Newport Should Be Celebrated

Rockwell Stensrud is the author of Inventing Rhode Island: Six Lives (2014); senior producer and writer for the ABC News series The History of the Eighties; producer and writer of James Cagney for A&E "Biography"; and co-writer of the television series American Women of Achievement. His latest book is Newport: A Lively Experiment: 1639-1969. 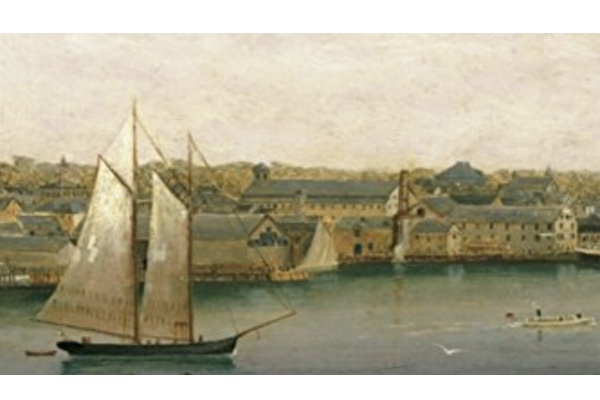 Newport, Rhode Island, is a pleasant New England resort town with sandy beaches, plenty of B&Bs, and home to a world-class sailing community still harboring memories of the half-century Newport hosted the America’s Cup yacht races. Thousands of people attend the renowned jazz and folk festivals and many more spend days touring the impeccably preserved Gilded Age mansions (known as “cottages”) of Astors, Vanderbilts, and other so-called Robber Barons that adorn Bellevue Avenue and Ocean Drive. All that structural splendor! All that social excess! It’s enough to fool a visitor into thinking that Newport has always been a playground for the One Percent. 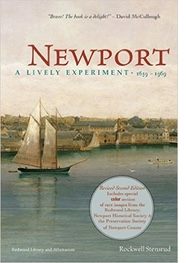 Think again. That surface opulence is deceiving because Newport has a split personality. Few towns have held more sway over the moral, spiritual, and artistic development in America than Newport, and none can claim such a rich and diverse Colonial heritage. From 1639 until 1776 when British forces invaded, Newport dominated Rhode Island’s cultural and political world. It served as the centerpiece for “a lively experiment,” a radical restructuring of Western society authorized by King Charles II that sanctioned two fundamental freedoms which were to become cornerstones of the United States in the 1780s: liberty of conscience and the separation of church and state. In Rhode Island a person could hold different religious beliefs than his or her neighbor and not be killed for them, and the government could not impose a state church on its citizens. This was new. This was terrifying to the orthodox Puritan oligarchs who relished imposing their beliefs on everyone.

Rhode Island was the unwanted pregnancy of New England. It came into existence in 1636 when Roger Williams was banished by Massachusetts Bay Colony magistrates for his outspoken Separatist religious beliefs. His relocation options were limited, so he headed to the Narragansett Bay and founded Providence. Three years later about 100 Englishmen and their families (followers of fiery Anne Hutchinson) were obliged to abandon Massachusetts for their own religious independence. Williams helped them buy Aquidneck Island from local Indians; most of the refugees settled in Pocasset (now Portsmouth) and then Newport.

The freedom to choose one’s religion without fear of government reprisal plus the formal sundering of church and state made Rhode Island an attractive alternative to the orthodox stranglehold in adjacent colonies. Newport became a magnet for entrepreneurial merchants and artisans. Domestic and international commerce blossomed; the town became known for its exceptional furniture making and other arts, but also for the rum it produced as part of the African slave trade. By the time the British army invaded in 1776, Newport had become one of the five most commercially vibrant towns in Colonial America.

Yale College president Ezra Stiles claimed that over 300 houses were destroyed by the British during their nearly three-year occupation. Newport was in ruins; half the population had fled. Postwar business migrated to the mainland, particularly to Providence. The attempt to regain its former glory failed; for nearly 50 years Newport was an afterthought. But during that half-century Americans had concluded that constant labor led to a dull life. Leisure for the masses became a reality; “vacation” was no longer just a legal term. By the 1840s more Americans could afford to take time off to appreciate the bounties of the land. Cities in the northeast became dirtier and more congested; people sought escape, particularly in the summer months.

The town’s inability to participate in the Industrial Revolution was its salvation. Newport was reborn. With its unspoiled beaches, clean air, and beautiful ocean vistas, visitors began flocking to town. The press pushed Newport’s bourgeoning popularity and spread the word that healthy recreation was the order of the day. Luxurious hotels and boarding houses filled up season after season, and a number of Southerners spent months in Newport in an effort to avoid malaria. Decade by decade, Newport was becoming a sought-after watering spot.

Between the end of the Civil War in 1865 and 1900, America became the wealthiest nation on earth. Just as today, a class of the super-rich was establishing new boundaries, often with a touch of ostentation. (Edith Wharton described a Newport house built by the Whitneys as “the Thermopylae of bad taste.”) That enormous wealth being accumulated by the Vanderbilts, Astors, Belmonts and Drexels was used to distinguish and distance themselves from the rest of their countrymen and as well as European nobility. New York’s Fifth Avenue became dotted with art-filled mansions, but the age-old problem persisted: how to beat summer’s heat? For the richest and most social conscious, Newport became the answer.

Bellevue Avenue is only two miles long, but when the Gilded Age was at it height, in the late nineteenth century, it was one of the most famous streets in the world. American architect Richard Morris Hunt returned from Europe with visions of grandeur, and he had a steady stream of clients intent on building the biggest, most lavish, most spectacular houses to exhibit their wealth and newly acquired Old World paintings. The firms of McKim, Mead & White and Peabody & Stearns set high standards, and every other architect was challenged to design a “cottage” that would become the talk of the town. The result of all this money and architectural talent pouring into such a small town turned Newport into a famous, elite resort just at the time America was becoming a dominant political, financial, and cultural force.

The Gilded Age came to an abrupt end with the imposition of federal income taxes in 1913 and the outbreak of World War I a year later. Instead of retreating into its golden shell, Newport became a pivotal center for the U.S. Navy until the 1970s. Wealthy families kept returning, but many of the grand mansions were converted for other purposes. The Preservation Society of Newport County salvaged many gems from the Gilded Age while heiress Doris Duke was responsible for the restoration of over 80 colonial-era buildings. It is a vibrant town that honors its past.

At a time when many are questioning what America stands for in a world consumed by sectarian strife and violent cementing of church and state, it is well to remember that the first successful attempt to mandate freedom of conscience while keeping the civil authorities away from the church (or synagogue or mosque) door was achieved in Rhode Island, particularly Newport, in the 1640s.