The Strangest Odd Couple on the World Stage Today: Russia and Israel

by Jonathan Adelman and Joseph Szyliowicz 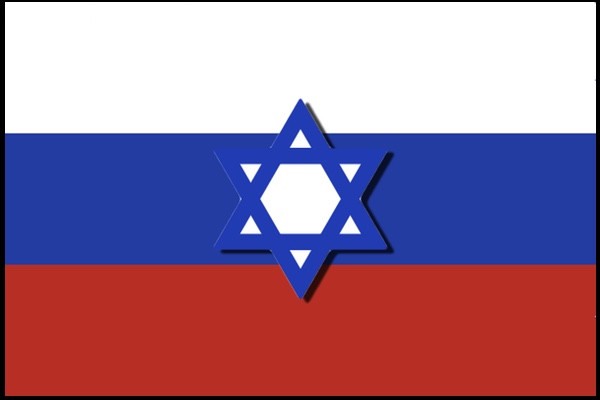 In many ways Russia and Israel are an odd couple inexorably intertwined with much old baggage and yet surprisingly able to work together.

This may seem absurd given the praise lavished by President Obama on Vladimir Putin for supporting the Iran deal. Even more threatening to Israel was Putin’s announcement that he would sell the S-300 anti-missile system to Iran. Russia openly supports major Israeli enemies like Iran, Syria and the Palestinians.

Yet, recently there was Vladimir Putin reassuring the Israelis that Russia would guarantee that Iran never got nuclear weapons.

Russia as an enemy of Israel? A guardian of Israel? Or both at the same time? Try both enemy and friend of Israel under Putin’s brand of realism.

But, first, a little history.

For more than two centuries Russia has been largely hostile to its Jewish community and, since 1948, Israel. Tsarist Russia, enacting 650 anti-Semitic laws, banned most Jews from living in major cities, buying real estate, working in agriculture, or advancing in the professions. It condoned the bloody pogroms of the Black Hundreds.

By 1924 the new Soviet regime, after a fit of tolerance, exiled hundreds of Zionists to Siberia and began to repress Judaism.

The rise of Stalin brought growing anti-Semitism, culminating in the black years of Soviet Jews. In 1952 Stalin concocted the Doctor’s Plot against Jews and there was talk of expelling the Jews from Moscow and Leningrad. Only the dictator’s death in 1953 probably saved them from this fate.

From the mid 1950s to the 1980s the Soviet Union de-recognized Israel and provided billions of dollars of weaponry to Arab armies to fight Israel in four wars.

But, after 1881, there was a second, more positive, interaction between Russia and the Jews, even though none of this reflected a change in government policy before 1945.

Most of Israel’s early leaders, such as David Ben Gurion, Chaim Weitzmann and Golda Meir, were Russian Jewish émigrés who were influenced by the socialism of the Narodoniki, Mensheviks and Socialist Revolutionaries. In Palestine they carried out a socialist revolution through creating kibbutzim, moshavim, Histadrut trade union and the Labor and Mapam Parties.

Only after World War II there came a short-lived change in government policy towards creating a Jewish state. Stalin after 1945 supported the creation of Israel as both possibly becoming a Soviet satellite and disrupting the British Empire. With his dominance of Eastern Europe, Stalin provided the winning margin in the United Nations vote on Israel. In 1948 he arranged the sale of weapons to Israel from Czechoslovakia’s Skoda factory. David Ben Gurion affirmed that this sale saved Israel from defeat. Russia recognized Israel two days after it proclaimed independence. While not generally permitting Soviet Jews to emigrate, Stalin allowed 280,000 Eastern European Jews to emigrate to Israel.

After the Cold War, Russo-Israeli relations improved with the renewal of diplomatic relations in 1991. The emigration of over one million Russian Jews to Israel since 1970 has led Russian to become the third most spoken language in Israel. Hundreds of thousands of Russians visit Israel every year without visas.

A Russian diplomat told me that Israel is the second most favored foreign posting for Russian diplomats. While Russia and Israel have two billion dollars a year in trade, Israel is negotiating a free trade zone with Russia. It has signed agreements for space cooperation, nuclear dental imagery and a Skolkovo (Russian Silicon Valley) innovation center in Israel. Israel sells drones to Russia, which is Israel’s largest oil supplier. Putin has twice visited Israel and created a secure hotline with Bibi Netanyahu.

With a common culture and recurrent bouts of working together, both sides see real value in developing the relationship. Russia, taking advantage of the Iran deal and American semi-withdrawal from the Middle East, wants to play both sides of the Middle East for military, economic and political reasons. It sees Israel as well disposed with a powerful military and strong high tech. Israel, seeking to lessen its dependence on the United States and Europe, views relations with Moscow and Asia (China, India, Japan, Vietnam) as critical politically and economically.

In the late Obama years, the odd couple, though still wary of each other, takes the dance floor one more time.