The Invisible Man at the Center of the Atomic Bomb Debate

Thomas Fleming co-wrote with Margaret Truman the biography of her father, Harry S Truman, which explored the decision to drop the bombs from his point of view. Fleming spent many hours with Mr. Truman, discussing his presidency. The praise lavished on his West Point book had not a little to do with Mr. Truman choosing him to collaborate with his daughter on the biography, which was published in 1972. 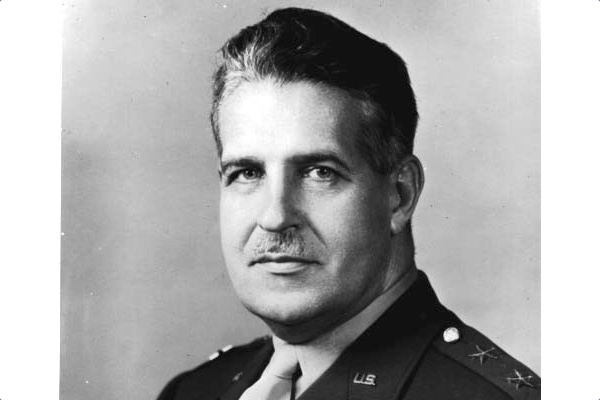 As pundits and historians argue over President Harry Truman’s decision to drop two atomic bombs to end the war with Japan, I found myself noting a curious omission. There are no mentions of Lieutenant General Leslie Groves, the man who supervised the Manhattan Project that created the atomic bomb. No one gave more thought to the eventual use of this terrible weapon.

I got to know General Groves rather well while I was writing my history of West Point. I spent four years –1964-68 – working at West Point for three days each week. I plumbed the archives and interviewed faculty and visiting generals. Groves was head of the Association of Graduates, the academy’s alumni association. He had persuaded DeWitt Wallace, the publisher of Reader’s Digest, to put up the money to finance my book.

Groves was a formidable looking character. He had a large head and a 68 inch chest, covered with medals and decorations. He glared fiercely at me as I took my seat in his small office on the day we met. “Have you ever been in the service?” he asked in a voice that was close to a growl.

“I was in the Navy during World War II,” I replied.

“The Navy!” Groves roared. “What makes you think you can write about West Point?”

“My father was in every major battle the Americans fought in World War I. He was promoted from sergeant to lieutenant during the battle of the Argonne, when all the officers in his company were killed or wounded. He had many friends who stayed in the army. We visited one man often at West Point. He was in the garrison.”

The general glowered at me for a long time. “Well, I’ll guess you’ll do,” he said. The last word was thick with sarcasm and even contempt.

“General,” I said. “Let’s get one thing straight. You’re not going to see this book until it’s published.”

Groves blinked with barely concealed surprise. He wasn’t used to civilians who talked back to him. “Of course,” he muttered. I held out my hand and he shook it.

During the next year, I had lunch with General Graves several times. As I talked about my discoveries during West Point’s early years, when it was virtually ignored by Presidents Jefferson and Madison, I sensed a shift in his attitude. He started to regard me as a real historian.

He readily answered questions about the Manhattan Project. “Let me make one thing clear,” he said. “I don’t claim any credit for creating the bomb. The scientists did all the work. I was only a supervisor, at times a kind of umpire, solving quarrels, dealing with shortages of equipment or manpower.”

“Some of the scientists were uneasy, as the awesome power of the bomb became apparent. Several of them suggested that a demonstration of its strength on an isolated Pacific island would be sufficient to make the Japanese surrender. I objected strongly to this idea. I thought it totally underestimated the fanaticism with which the Japanese were fighting the war.”

General Groves was silent for a few moments. A hint of a smile played across his fleshy face. “That brings us to the moment when I made my contribution to the country’s history. An argument erupted among the scientists about whether we needed more than one bomb. Again, basing my judgment on my reading of the Japanese character, I said we needed two. The first one would induce panic, but not surrender. The second bomb would be the convincer.”

General Groves pondered this memory with considerable satisfaction. “Which is exactly what happened. Until the second bomb dropped on Nagasaki, the Japanese were doing a very good job of convincing themselves that the devastation of the Hiroshima bomb was a fluke. After Nagasaki, surrender was a matter of details. I’m rather proud of that prediction. Not many people can say they made a decision that ended a war.”

I was especially struck by the general’s recollection because it played a very important role in my life --- I might even say my continued life. When the two bombs dropped, I was training in the U.S. Navy’s amphibious corps for the invasion of Japan’s home islands. Our officers, influenced by the bloody struggle for the island of Okinawa, were telling us that we should be prepared to endure massive casualties. The news of the bombs triggered a near-hysterical celebration among us trainees. Suddenly we could look forward to lives that offered us more than a long shot at Thomas Jefferson’s pursuit of happiness.

This experience has given me a special interest in decisions that were made by men like Groves, men who lived in what Theodore Roosevelt liked to call “the arena.” These are the men who fight wars or struggle to win elections that will change millions of lives. So many of the critics of the decision to use the bomb have been sideline experts, some with a grudge against the United States of America, others merely vain enough to imagine they knew more about the complexity of the decision than the men who made it. But the one thing they could never be is the man who bore the burden of making the decision in the midst of the turmoil and uncertainly that courses through the arena in which great events become history.