Historians in the News
tags: Hiroshima 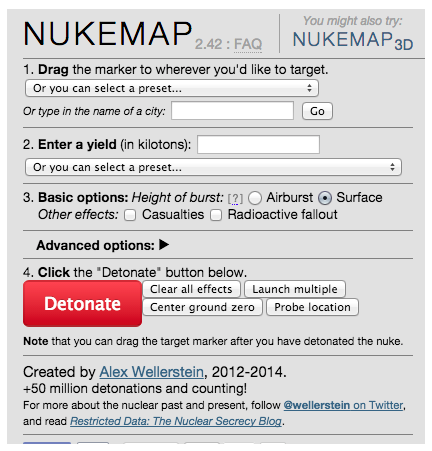 Seventy years ago Thursday, the U.S. dropped an atomic uranium bomb on Hiroshima, Japan. The bomb, code-named Little Boy, killed 66,000 people, mostly civilians, and injured at least 69,000 more, according to estimates the U.S. Army made in 1946.

After Japan refused to surrender in the following days, the U.S. dropped another bomb on Aug. 9, this time on Nagasaki. That bomb, Fat Man, killed 39,000 and injured 25,000 more, according to the same Army report. Different sources provide different estimates for casualties and mortalities, and countless more people were likely affected by radiation, malnutrition and illness.

Those bombs, the only nukes that have ever been used in war, helped bring an end to World War II, with Japan surrendering on Aug. 15. They also allowed U.S. troops to avoid what would have likely been a deadly ground invasion of Japan. But that victory came at a great toll to humanity.

Alex Wellerstein, a nuclear historian at the Stevens Institute of Technology, created a NukeMap that allows you to visualize what the Hiroshima and Nagasaki explosions would look like in your hometown. Kuang Keng Kuek Ser at Public Radio International has also developed a version, using slightly different estimates.