Gregory J. W. Urwin is a professor of history at Temple University, the immediate past president of the Society for Military History, the latest Harmon Memorial Lecturer at the U.S. Air Force Academy, and the author of nine books and many essays and articles.  He lives with his wife in Doylestown Township just outside Philadelphia, Pennsylvania. 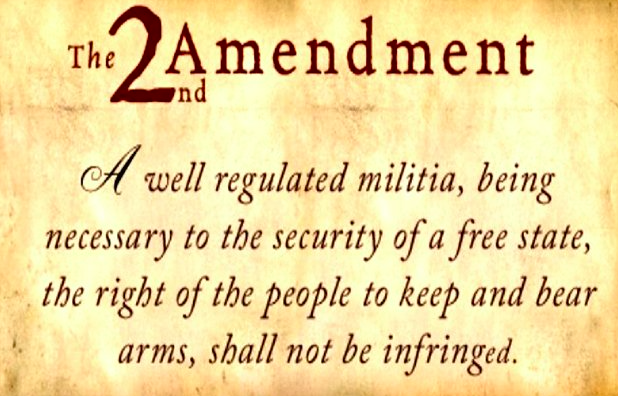 If someone had invented the bumper sticker on the eve of the American Revolution, many a Patriot’s wagon would have cautioned “Suspect the Troops,” rather than “Support the Troops.”

Anti-militarism ranked high among the political values that our colonial forebears imported from England.  Early Americans believed that standing armies – forces composed of full-time soldiers – became threats to free government without a war to keep them busy.  Supposedly men conditioned to obey orders without question would follow any ambitious general aspiring to become a military dictator.  Steeped in ancient Greek and Roman history, colonial elites could point to many such coups from the distant past.  They also recalled a more recent example – Oliver Cromwell, the Puritan general who won the English Civil War and then used his New Model Army to reign as England’s Lord Protector from 1653 until his death in 1659.

Following the French and Indian War in 1763, Great Britain’s rulers decided to station several thousand regular troops along the colonial frontier to guard against Indian uprisings.  This innocent precaution helped sow the seeds of revolution.  Colonial malcontents played on their neighbors’ susceptibility to paranoia by charging that King George III and his ministers meant to use those Redcoats to force American submission to an intrusive, centralized imperial government based in London.

Riots and other disorders prompted the British to deploy troops to radical Boston.  Instead of cowing the mob, this move simply provided conspiracy theorists with more fuel for their insurrectionary fires.  When a British column marched into the countryside on a gun-control mission on April 18-19, 1775, colonists revolted, leading to the armed clashes at Lexington and Concord and a running fight along the Redcoats’ route back to Boston.  The Revolution had begun.

Prewar colonial propaganda asserted that the militia – a short-term force of citizen soldiers put in the field during emergencies – constituted the ideal military for a free people.  Once a decade of protest turned into a shooting war, however, American elites realized that independence could only be won by a trained, standing force capable of meeting British regulars in open battle.  They created the Continental Army under General George Washington, a Virginia aristocrat who insisted on European-style discipline.

Although the Continental Army became indispensable to the overthrow of British rule, many Americans never reconciled themselves to its existence.  With the war winding down after Yorktown, the Continental Congress discharged Washington’s soldiers with undue haste.  Instead of thanking those freedom fighters, Congress dismissed them with the insulting declaration that “standing armies in time of peace are inconsistent with the principles of republican governments, dangerous to the liberties of a free people, and generally converted into destructive engines for establishing despotism.”

Consistent with the American distaste for a strong central government, our first constitution, the Articles of Confederation, left Congress with no power to compel a state to do anything against its will.  The weaknesses in that system led to the Constitutional Convention of 1787, which created a national government similar to Great Britain’s.

Many Americans denounced the Constitution as a betrayal of the Revolution and opposed that compact’s ratification.  What worried some most were provisions empowering the proposed federal government to raise a standing military and place state militias under its authority during riots, rebellions, and foreign invasions.  Patriots as eminent as Patrick Henry warned that such powers would enable national authorities to use those troops to impose tyranny on their countrymen.

To encourage the Constitution’s ratification, Alexander Hamilton joined James Madison and John Jay in writing fifty newspaper essays known today as The Federalist Papers.  A former colonel in the Continental Army, Hamilton addressed those who objected to the Constitution’s military clauses.  He insisted that as long as the states maintained “a well regulated militia,” the national government need not create a large standing army.  That was why the Founders consented to including the Second Amendment in the Bill of Rights, which supposedly ensured the existence of armies of citizen soldiers loyal to their respective states by guaranteeing the right to own and bear arms.

Hamilton and other ex-Continentals actually put little faith in the militia as a foundation for national defense.  True, George Washington had publicly saluted the militia as “this great Bulwark of our Liberties and independence.” In a less guarded moment, however, he confessed, “To place any dependence upon Militia, is, assuredly, resting upon a broken staff.”

The Founders accepted the Second Amendment because it permitted them to create the sort of government that would ultimately subvert that proviso’s intent.  The United States not only possesses a standing military, but it is the strongest in the world.  It took federal funds and training standards to provide this country will a well-regulated militia, which we now call the National Guard.  In addition, the Guard functions as our standing military’s ready reserve.  Instead of checking the expansion of federal power, Guardsmen often extend it.

Americans forget that the Founders, for all their greatness, were politicians.  Like politicians today, they manipulated public opinion with disingenuous rhetoric to advance what they considered a higher good, a hard truth that undermines conservatives’ doctrine of original intent and makes one wonder if the Second Amendment ever served a useful purpose.