10 Presidents Who Have Personally Killed People

Mark Hallum is an HNN intern. 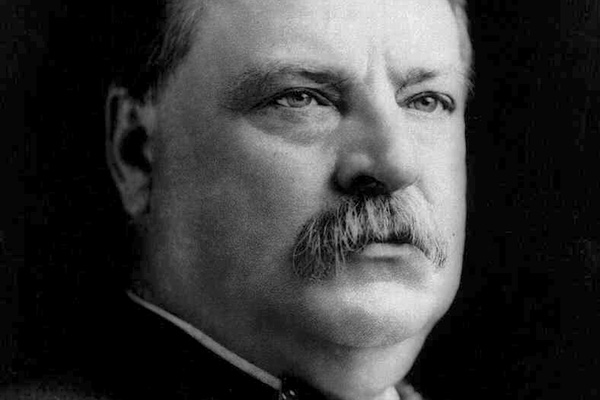 Many politicians publicly endorse capital punishment. But would it make a difference if they had to personally put people to death? Social science suggests it might.

David P. Barash, a professor of psychology at the University of Washington and an HNN blogger, writes in his book, The Hare and the Tortoise: Culture, Biology, and Human Nature, that if the people who back war or capital punishment had to kill people with their bare hands we might well have fewer wars and executions. That’s because the way we are wired it’s far easier for us as humans to order someone’s death, which makes death an abstraction, than to actually inflict a fatal blow. To understand what an order to kill someone involves we humans have to feel what it’s like. Our emotions have to be engaged. Barash, a longtime foe of the development of nuclear weapons, warns that the risk of nuclear war is greater because leaders can order the use of nukes without triggering their own natural emotional responses. Citing a suggestion of Roger Fisher, Barash facetiously writes that one possible solution would be to replace the computer-coded nuclear football with a small capsule implanted in the heart of a trusted aid. To trigger an attack the president would have to literally rip open his aide’s body. As Barash vividly writes: “Bright red human blood might be just what is needed, to shock even the most insulated Neanderthal back to reality.”

All this got us wondering at HNN how many presidents have killed people or seen battle up close? This is what we found out.

1. George Washington: Our first commander-in-chief had an impressive military record, with close engagements in both the French and Indian Wars (1754-1763) and the American Revolution (1775-1783). It is not known how many men he killed, nor is it specifically documented that he killed any men at all in these engagements. But one of his first battles at Jumonville Glen, in the Ohio Territory (1754), took place between two small fighting forces and would be controversial. Washington only commanded 159 men altogether, so it’s understandable that the 21 year-old Lieutenant Colonel would have had no other choice than to take a direct role in the fighting. (The battle, which pitted Washington’s troops against the French, led directly to the French and Indian War.)

2. James Monroe: The fifth president of the United States had a short and lively military career, with his most memorable exploits taking place during the Battle of Trenton. During the battle, the captain he served under was wounded, leaving Monroe, a lieutenant, in command of the regiment. Monroe himself was then wounded severely during the fighting. His show of courage earned him a promotion to lieutenant colonel.

3. Andrew Jackson: Jackson is a president now widely remembered for his proclivity for violence. He fought in several wars and engaged in multiple duels.

He made his military reputation early on in his career as a fearless and ruthless Indian fighter during the First Seminole War. Later he defeated the British in the Battle of New Orleans, becoming the hero of the War of 1812. But the only thing that fed his fierce reputation more than his staggering military victories was the fact that he fought 103 duels in his lifetime. In 1806, he fought his most famous duel, in which he shot and killed Charles Dickinson over a horse-racing debt and an insult to his wife (a sore spot for Jackson). After Dickinson’s bullet lodged itself adjacent to Jackson’s heart, Jackson carefully took aim and killed Dickenson on the spot.

Jackson fought in so many duels he was said to “rattle like a bag of marbles.” Like the bullet Dickinson left in Jackson’s ribcage, not all of the bullets could be removed.

4. William Henry Harrison: As a leader in the Northwest Indian wars and the War of 1812, Harrison fought in close combat and was able to repel an ambush at the Battle of Tippecanoe, in which his regiment of under 200 men recovered from a surprise attack rapidly enough to devastate the enemy. Later in his military career Harrison fought the combined forces of British and Native Americans. He defeated them in the Battle of the Thames, in which the Indian leader and long-time enemy, Tecumseh, was supposedly killed.

5. Zachary Taylor: Taylor served in four American wars, and was called “Old Rough and Ready.” Taylor entered the military at moderately low rank, with his first officer’s commission being a first lieutenant. The best way for a man to work his way up the ranks at this time in history was for him to show what he was made of in battle.

6. Grover Cleveland: Bill Clinton refers to Cleveland as a “vastly underappreciated” ex-president. He was known for his honest qualities, as well as his controversies. Stories about a child he allegedly fathered out of wedlock and a replacement he had hired to avoid the draft surfaced during his campaign for president. While he lacked the luster of a military career, unlike many presidents in the nineteenth century, he has the distinction oif being the only president to have served as a sheriff (in Erie County, New York). In that capacity he personally hanged two men. He had the option of hiring someone to do the executions for him, but declined, saying it was his responsibility.

7. Theodore Roosevelt: Not only was Teddy Roosevelt awarded the Medal of Honor for his display of courage at the Battle of San Juan Hill, in which he led an attack on an enemy position with only a few men. In this particular battle, Roosevelt was first to reach the enemy position and killed the first man with his pistol.

8. Harry S. Truman: The only president to serve in World War I, Captain Harry S Truman was in command of Battery D of the 129th Field Artillery Division. Most of what we know of Truman’s wartime experience can be pieced together through personal correspondence to his wife and postwar notes. In the Meuse-Argonne offensive in support of George S. Patton’s tank brigade Truman either destroyed or forced the abandonment of two German field gun batteries.

9. George H.W. Bush: As the youngest aviator in the Navy in 1943 – he was just 18 when he was allowed to fly -- Bush flew many missions in the Pacific during World War II. In 1944 his plane was shot down during an aerial fight. He may never have seen who his bombs killed, but his actions obviously directly resulted in death.

10. John F. Kennedy: When asked how he became a war hero, Kennedy replied, “It was easy – they sank my boat.” Kennedy’s first brush with the morbidity of war was when his transport ship, taking him to his PT base in the Solomon Islands, was attacked by Japanese airplanes. When the crew tried to rescue an enemy pilot floating in the water, the man started firing at the captain and crew with a pistol. Kennedy admits to having been “Praising the Lord and Passing the ammunition” with the rest of the men. But everyone was too surprised to shoot straight. In the end the pilot was killed by an older sailor with a rifle. Kennedy commanded PT-109. The boat sank when a Japanese destroyer split it in two, apparently while the crew was sleeping.