Why Have Germans Taken such a Hard Line with Greece? 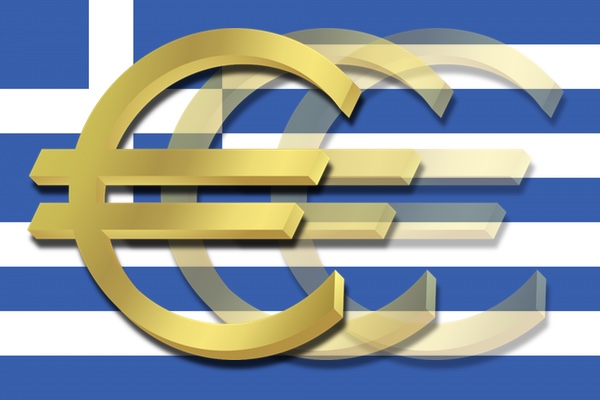 To the surprise of many, a debt accord has finally been reached between Greece and its creditors. Despite the obstreperous anti-capitalist, anti-German adventurism of Alexis Tsipras and the direct democratic reinforcement of his anti-austerity stand, the Greek government has agreed to austerity measures. Even more striking, the Tsipras government, which previously refused to countenance any compromise, has agreed to sell 50 billion Euros of assets to pay off its creditors. In return, Greece’s debts have been rescheduled so that it can continue to use the Euro, at least until the next crisis. As one of the most important creditors, the IMF conceded the Greeks cannot pay the principal they owe, and taking on more debt, even if they move the deadlines further and further out, won’t change that.

So what, exactly, happened?

First, Tsipras badly misjudged his European partners. He underestimated the effect his poor negotiating skills and that of his maverick Finance Minister, Yanis Varoufakis, had on his northern neighbors. Second, he misunderstood the consequences of putting his anti-austerity stand to a vote. Calling a referendum on his refusal to cut public spending in the face of what can only be described as a depression strengthened his domestic position with the Greek electorate, but badly damaged his political standing within the Eurozone. Rather than compelling his partners to compromise on budget-cutting, the referendum against austerity seemed to confirm that Tsipras had nothing to offer his creditors. Third, Tsipras was outmaneuvered by an exasperated German Finance Minister, Wolfgang Schäuble, who circulated a paper that outlined a Grexit, replete with a timeline and the kind of specific obligations that Tsipras could not provide while he was negotiating to remain within the Eurozone.

Beneath that nice and tidy plotline, however, are some real economic facts and political divisions that have little to do with personality and everything to do with conflicting interpretations of European history.

The story is as much about Greece as it is about a country that no longer exists — East Germany. That is, the region, the people, and the memory of their monetary union with West Germany in 1990 still exist, but in ways that raise questions about German policy toward Greece.

The East German story is similar to Greece’s, but different in key respects. For example, when West Germany absorbed the former communist East, the West Germans possessed such strong political institutions that they were able to uproot and replace every single East German institution -- except for the East German practice of permitting cars to turn right on red.

After celebrating the reunification of Germany, however, Germans on both sides of the former Berlin Wall experienced a rude economic awakening. Primarily because of German monetary union, the region that formerly comprised communist East Germany suffered from the social and political effects of very high unemployment, peaking at around 30 percent. Despite massive transfer payments, many East Germans remain jobless, with numbers in double digits in many regions.

Meanwhile, the financial transfer mechanisms that paid for welfare payments and other effects of the monetary union led to an overinvestment in infrastructure. This massive public bill for modernizing eastern Germany – a whopping 1.25 trillion Euros between 1991 and 2003 alone – was paid for in part by federalizing it, as a tax on the more prosperous West Germans. For the most part, however, the newly united German state has relied on floating bonds – the very same debt that was responsible for the FRG violating the very limitations on public debt that it set for joining the Eurozone.

So why don’t the Germans remember their own monetary union of 25 years ago – the painful economic restructuring and massive debt incurred by an economically and institutionally “backward” region that accompanied their own monetary union – when dealing with the Greeks? Why doesn’t Prime Minister Angela Merkel, an East German herself, show more solidarity and less austerity to the 30 percent of Greeks who have no income?

One reason for the German response to Greece is the unpleasant reminder of the failures of German unification. Despite her East German roots, Merkel has, like most West Germans, proven relatively insensitive to the economic stagnation afflicting the former East. Perhaps that is because she was shielded from privation during the process: she was privileged before 1989 and quickly joined the West German political elite during unification.  More importantly, the recovery from the last economic downturn has convinced German politicians that the path toward economic recovery and growth lies not in countercyclical spending, but in rolling back welfare benefits. The recession of the early 2000s prompted economic reforms aimed at boosting exports by reducing public spending and labor costs (the so-called Hartz reforms). In other words, Germans have come to believe that austerity and institutional reform undertaken during economic crisis creates foundation for lasting growth – despite alternative explanations for German growth post-2005, including the benefits of a cheaper currency and the exporting strengths of Germans vs. Greeks (luxury cars vs. olive oil).

Ironically, Germany’s own history has time and again demonstrated that debt forgiveness is the key to growth and political stability. The onerous reparations imposed under Versailles on Germany were first rescheduled, then partially forgiven before the Nazis, who came to power by riding the turmoil the reparations helped cause, renounced that debt. In contrast, the Marshall Plan provided not only for debt forgiveness – including what the Germans plundered in countries they occupied, such as Greece – but even for loans that were never really intended to be repaid. The fact that Germany has nevertheless more than repaid those loans to the US only underscores how well they understand the meaning of financial generosity and the political culture that forgiveness creates.