Sarah Bridger teaches history at Cal Poly in San Luis Obispo, CA. She is the author of Scientists at War: The Ethics of Cold War Weapons Research (Harvard University Press, 2015). 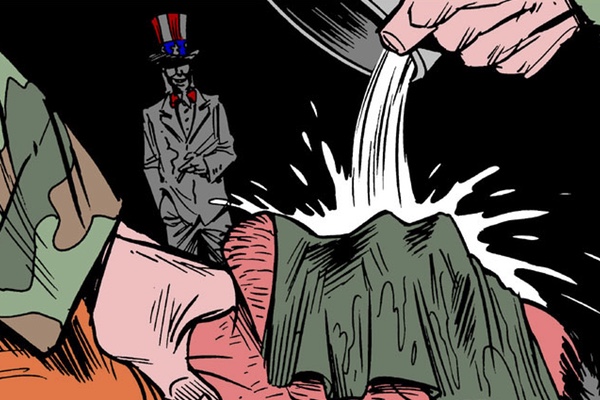 Thanks to a monumental report out this month, we’ve now learned more details about how, at the height of the War on Terror, members of the American Psychological Association (APA) secretively rewrote the organization’s ethical guidelines, enabling psychologists to advise CIA interrogations that included torture. The participation of psychologists, in turn, lent legitimacy to CIA practices. These revelations have justifiably prompted outrage within the APA, culminating in the removal of APA ethics director Stephen Behnke and the resignations of multiple high-profile officials. 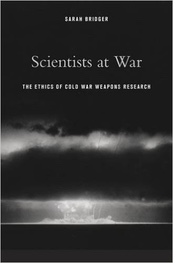 This kind of organizational soul-searching is not a new phenomenon. An earlier report on the APA scandal was titled “All the President’s Psychologists,” evoking the executive abuses of the Nixon administration. During those years, other professional societies faced similar turmoil, as internal critics exposed not just members’ contributions to the Vietnam War but even passive activities that could be understood as an implicit endorsement.

Before the 1960s, many such organizations understood themselves as politically “neutral,” reflecting only professional concerns, namely, reviewing and publishing research. This mission did not include regulating the activities of members who might be actively contributing to weapons development or intelligence-collecting efforts. Shortly after World War I, for example, when anthropologist Franz Boas reported several cases of his peers acting as spies—under the guise of conducting research—in Central America, the American Anthropological Society responded by censuring Boas, not the spies.

But the antiwar movement of that arose in response to the Vietnam War rejected the idea that professional societies were or ever could be truly neutral.

In 1968, a young physicist named Charles Schwartz attempted to amend the constitution of the American Physical Society (APS), the premier organization of physicists in the United States, to enable the group to issue political statements, rather than just reports of the latest developments in physics research. Given the massive defense-related contracts that fueled much of the scientific research in that era, the physics profession had clearly been shaped by political and military imperatives. Neutrality, Schwartz and others argued, was a myth, and professional societies ought to embrace this reality and accept the resulting ethical burden of self-awareness and activism.  Schwartz’s efforts sparked a powerful and strange debate within the society, pitting stalwart weapons designers like Edward Teller, who argued that a politically active APS would diminish its scientific credibility, against antiwar physicists like the future Nobelist Martin Perl, who reminded members that even silence on political issues constituted a form of active complicity. “Silence is not neutral,” he wrote. “Silence supports the war.”

Although Schwartz’s amendment failed, he and other science activists went on to challenge the myriad ways scientists contributed to the Cold War military-industrial-academic complex. They proposed a Hippocratic Oath for scientists, publicly campaigned against weapons research, and worked to create a “science for the people” focused on peaceful, socially beneficial research. Similar campaigns occurred across numerous professional disciplines, from anthropologists to mathematicians, and on university campuses across the country.

At the time, these movements seemed to achieve only limited success. But their legacy has emerged more clearly over the ensuing decades: American scientists and their professional societies have increasingly acknowledged their political obligations and acted according to members’ concerns. Although the American Physical Society did not forbid members from working on nuclear weapons research, the organization publicly opposed President Reagan’s Strategic Defense Initiative and has frequently weighed in on arms control debates in the years since.  By the 1980s, both the American Psychological Association and the American Psychiatric Association had publicly condemned torture, and in 2006, the American Psychiatric Association barred members from participating in interrogations.

The American Psychological Association, however, did not take this crucial second step. As then APA ethics director Stephen Behnke explained in a 2005 radio interview, “as experts in human behavior, psychologists have important contributions to make to information gathering and interrogation processes when they do so within strict ethical guidelines.” In other words, psychologists could help keep interrogations effective and humane. Robert Jay Lifton, the Columbia psychiatrist, pointed out Behnke’s naivete. “The psychologist is not in a position to control military policy,” he observed. The psychologists who assisted in interrogations would have to accept CIA authority, even when it included the agency’s now-discredited definitions of torture.

Lifton’s words contain a bitter lesson for idealistic scientists. Although the APA psychologists likely endorsed the Bush administration’s War on Terror priorities, political power and military influence can trump even the noblest intentions. Scientists may control laboratory conditions, but they rarely have been able to control how others use their work. Perhaps no discipline exemplifies this lesson more powerfully than American physics. In 1945, Manhattan Project scientists at the famed Chicago Metallurgical Laboratory petitioned to prevent the use of atomic weapons against Japan, to no avail. During the war in Vietnam, a team of physicists known as the Jasons offered to help deescalate the conflict by designing an electronic barrier between North and South Vietnam. Their ideas were partially implemented, but hand-in-hand with expanded bombing campaigns. When revelations about their work appeared in the Pentagon Papers, antiwar activists—including members of the American Physical Society—labeled the physicists dupes and war criminals.

The APA scandal thus raises the same profound problems that haunted Cold War physicists: should scientists be held accountable for the consequences of their research? Should professional societies police their membership in this regard, even if it means challenging political or military authority?

There are no easy answers to these questions, but openness and democratic consultation with organizational membership would be a good start. The clandestine revision of the APA’s ethics code in the midst of the War on Terror is particularly disheartening; both morally and historically, it represents a cynical step backwards. Rather than using institutional prestige and influence to promote socially responsible work, key APA officials deliberately enabled activities that surely would have elicited widespread opposition among members. In fact, APA maneuvering helped silence the opposition voices within the CIA itself.

The APA is obviously right to be concerned about its own conduct and complicity. Like the far-ranging Church Committee hearings that followed the Watergate scandal, the APA’s current commitment to investigating and reforming its broken internal practices is not just admirable but necessary.

Sadly, in this aspect the APA is demonstrating a far greater willingness to confront the United States’ recent history of torture than Congress and the Obama administration have. Rather than withholding and even destroying evidence in order to protect the architects of CIA torture policies, our current political leaders should follow the APA’s responsible example and opt for openness and accountability, no matter how painful.