Why Are So Many Distraught to Learn that Slavery Was the Cause of the Civil War?

Dale Schlundt holds a Master's Degree in Adult Education with a concentration in American History from the University of Texas at San Antonio. He is currently an Adjunct Professor for Palo Alto College and Northwest Vista College. Dale has two new books available, Tracking Life's Lessons: Through Experiences, History, and a Little Interpretation and Education Decoded (A Collection of My Writings) now available on Amazon. 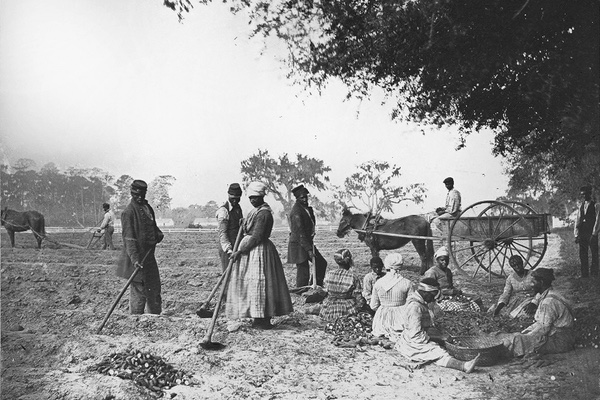 We would all like to be able to believe stories and events that we have heard throughout our life. Regardless of where we acquire them, no one likes to feel as though they need to fact check. In history as well as other disciplines, the need to corroborate the narrative is simply a given. We refer to this study as historiography. Essentially the examination of not just the history, but who is telling the history. Who are the individuals, are they objective in recording the events, and do they have biases that would alter what we would otherwise take as truth? More importantly, it is an excellent life lesson, being able to be critical in a constructive manner. In other words, not being gullible.

I always begin the semester by showing my classes a clip of Ron Paul giving a lecture on the origins of the Civil War. To sum up this lengthy talk, he is advocating that the Civil War was fought solely based on state’s rights issues, little to do with slavery. That being said, today nearly all scholars would argue that this belief is a complete fallacy. The catalyst for the Civil War was one hundred percent based on the issue of slavery, more specifically the expansion of such. However, the more imperative issue I try to convey to my students is who wrote such a narrative that made its way into our country’s story and there became taken as truth?

The answer is actually surprisingly simple, the losers. There was a massive campaign throughout the South, years following the Civil War, to illustrate the South did not fight for such an institution, but for individual rights. The comparison of the South to our Founding Father’s similar fight during the American Revolution is a noteworthy example. Of course, over time this becomes even more deeply engrained, even making its way into the textbooks.

Why? Because who in the middle of the twentieth century wanted to admit great grandpa fought for something other than an honorable and admirable ideology. Ron Paul would be the product of this faulty narrative being taught in school and he would then go on to proliferate that same message. An individual who did not study the American Civil War in depth, would potentially take what a well thought of leader such as Ron Paul said simply as the truth, without hesitation.

It is normal and expected to trust individuals whom we admire or appear to be knowledgeable on a topic. There are countless times I find myself falling into this same trap. Whether it is our banker, our politicians, or others, history teaches us that a society that flourishes questions what has always been accepted as reality. Therefore we enable modifications to the status quo and perhaps affect positive change.

South Carolina recently signed a bill to remove the Confederate flag from their capitol. Despite the arguments of a loss of history to some degree, we could argue questioning the meaning of a Confederate flag flying above a government institution in the twenty-first century leads us to be more sensitive to race relations and equality in a progressive nation. Regardless of whether we agree or disagree with the flag’s removal is irrelevant. The significance is to applaud the idea that we are being constructively critical, questioning what our ideology as a society may be lacking, and possibly teaching our younger generations to follow suit in the world they will be creating.