The Historian Who Evolved the Same Way as Atticus Finch

David B. Parker, professor of History at Kennesaw State University, first wrote on Francis B. Simkins in “Beyond Surrender: Marian Sims, Francis B. Simkins, and Revisionism in Reconstruction South Carolina,” in which part of this essay first appeared. 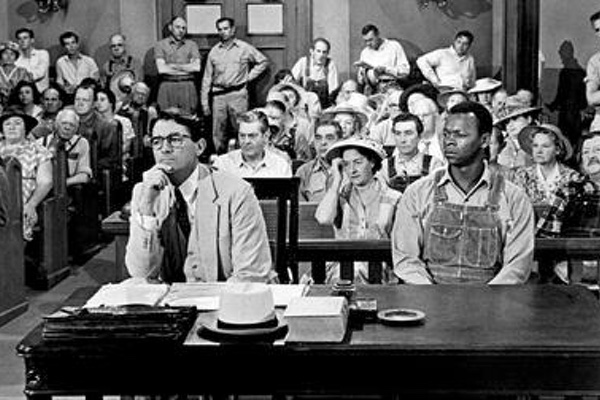 So Atticus Finch turned out to be a racist.

Harper Lee’s “new” book (written six decades ago), Go Set a Watchman, portrays a different Atticus Finch than the one we loved in To Kill a Mockingbird. The lawyer who in the 1930s defended Tom Robinson, an African American man wrongly accused of raping a white women, becomes in the 1950s a bigot who supported the Ku Klux Klan and asked, “Do you want Negroes by the carload in our schools and churches and theaters? Do you want them in our world?”

Readers don’t know what to do with this. What happened to Atticus Finch? Surely this can’t be the same man. It might help if we realize that the fictional Finch had real-life counterparts, including one of the most famous historians of the American South not quite a century ago.

Francis Butler Simkins was born in Edgefield, South Carolina, in 1897. He graduated from the University of South Carolina and went to Columbia University, where in 1929 he received a Ph.D. The Columbia connection is interesting, because it was there that Professor William Archibald Dunning and his graduate students gave scholarly credence in the early twentieth century to a popular perception of Reconstruction--that it was a time when “vindictive Radical Republicans fastened black supremacy upon the defeated South, unleashing an orgy of corruption presided over by unscrupulous carpetbaggers, traitorous scalawags, and ignorant freedmen.” This description of the so-called Dunning School is from Eric Foner, a historian who, at the other end of the twentieth century, described Reconstruction not as a tragedy that brought years of harm to the South, but as a beneficial effort that did not go far enough. Foner’s work is peopled by noble northern reformers, resistant white southerners, and competent African Americans.

For much of the twentieth century, though, the Dunning perspective ruled. It was, in the words of David Blight, “an article of faith in American historical understanding,” both pervasive and persistent, accepted not only by scholars but by the general public – seen, for example, in the popularity of D.W. Griffith’s Birth of a Nation (1915). The best-selling book by a Dunningite, Claude Bowers’s The Tragic Era, was not published until 1929. This was the world in which Francis B. Simkins lived and worked.

Most of Simkins’s long teaching career was at Longwood College (in Farmville, Virginia), where a relatively light teaching load gave him the opportunity to research and write. Over the years he produced a book on “Pitchfork” Ben Tillman, another on women in the Confederacy, a textbook on the history of the South, and a number of other works.

In 1932, the University of North Carolina Press published Simkins’s most important book, South Carolina during Reconstruction, co-written with Robert H. Woody of Duke University. Published just three years after Bowers’s Tragic Era, the book was remarkable in its new view of Reconstruction. “We forgo the temptation of following in the footsteps of historians who have interpreted the period as only a glamorous but tragic melodrama of political intrigue,” Simkins and Woody wrote in their introduction, and according to most reviewers, they were successful: “The authors picture honest, unselfish carpetbaggers, respectable, well-meaning scalawags, and Negroes with intelligence and political ability,” said one, and another noted that Simkins and Woody “do not hesitate to reveal the villainy of white men nor do they belabor unduly the rascality of Negroes.” W. E. B. DuBois wrote that the book “does not hesitate to give a fair account of the Negroes and of some of their work.” Simkins was no Eric Foner, but South Carolina during Reconstruction was one of the earliest revisionist studies to be widely read and accepted within the profession.

Simkins continued his revisionist examination of Reconstruction in a 1939 essay in the Journal of Southern History, noting that “one of the accepted conventions of Reconstruction scholars is that the Carpetbaggers failed because their measures were excessively radical.” He mentioned some of the things “Carpetbaggers” and others did not do, things that would have given them a chance for success – land confiscation and destruction of the South’s caste system, for example--suggesting that Reconstruction failed, as Foner and other more recent historians have noted, because it was not radical enough.

In that same essay, Simkins made another point to which historians would later return. “A biased interpretation of Reconstruction caused one of the most important political developments in the recent history of the South, the disfranchisement of the black,” he said. “The fraud and violence by which this objective was first obtained was justified in a single ground: the memory of the alleged horrors of Reconstruction.” The argument that southerners had misremembered their past was an important part of C. Vann Woodward’s thesis in his classic and influential Strange Career of Jim Crow (1955). In the 1930s, Francis Butler Simkins was a generation ahead of the mainstream in Reconstruction historiography.

There is a sequel to this story. At his death in 1966, an obituary noted that “as a young man, . . . [Simkins] seemed to be an emancipated critic of the old order. His study of Reconstruction in South Carolina . . . seemed to put him among the enlightened revisionists of that dark period. But more and more he came to stress the distinctive characteristics of ‘the everlasting South’ and to question the validity of much that passed for progress in the modern South.” As the twentieth century proceeded and brought great change to the South, Simkins found that there were limits to the changes he could accept. At the 1946 meeting of the Southern Historical Association, he delivered a paper titled “The Everlasting South,” a sneak preview of some of the themes in his textbook, The South, Old and New, which was to be published the following year. “The Negroes,” Simkins said in the paper, “. . . are as disinclined to sit by white people on busses as they are to enter such public carriers with their trousers off. The Negroes respect established conventions as readily as do white people.”

Simkins took this a step further in his 1954 presidential address to the Southern Historical Association (meeting in Columbia, South Carolina):

Much is written by our historians concerning the Negro’s discontent with his caste status and concerning the progress he has made in changing his status. It cannot be denied that there is some reality in these assertions, but it is often forgotten that the white man has more often been discontented with the Negro than the Negro with the white man. Those of us who, through the years, have known Southern life intimately are familiar with the constant complaints leveled against the exasperating race. . . .

The historian of the South should accept the class and race distinctions of his region unless he wishes to deplore the region’s existence. He should display a tolerant understanding of why in the South the Goddess of Justice has not always been blind, [and] why there have been lynchings and Jim Crow laws.

This is a reversal that would have made Tom Watson proud. In the 1930s, Simkins was a respectable revisionist predecessor of Woodward, Foner, and others; in the 1940s and 1950s, he dramatically turned to a conservative defense of the traditional South.

The sequel to Simkins’s true-life story has a counterpart in that of the fictional Atticus Finch. In the 1930s, Finch said, “You never really understand a person until you consider things from his point of view . . . until you climb into his skin and walk around in it.” In the 1950s, he supported the Klan and questioned integration.

We want characters, both real and fictional, that we can understand. We don’t want to deal with changing contexts, either historical or historiographical. If there must be change, we expect it to be positive. We want things simple, straightforward. Francis Simkins and Atticus Finch remind us that people and their history are often more complicated than that.