Harry Truman’s Atomic Bomb Decision: After 70 Years We Need to Get Beyond the Myths

J. Samuel Walker is the author of Prompt and Utter Destruction: Truman and the Use of Atomic Bombs against Japan (University of North Carolina Press, 1997, second edition, 2004). He is now working on a third edition of the book. 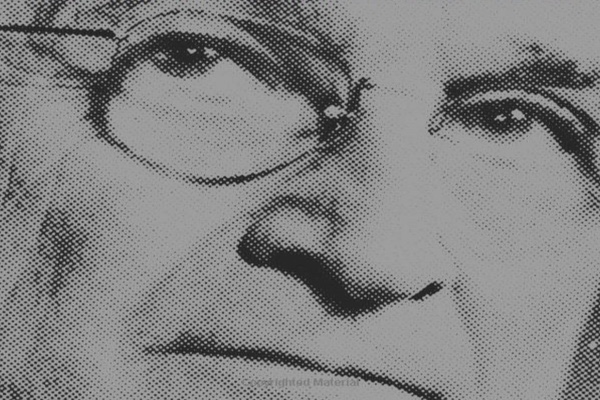 President Truman’s decision to use the atomic bomb against Japan in 1945 is arguably the most contentious issue in all of American history. The bombings of Hiroshima and Nagasaki have generated an acrimonious debate that has raged with exceptional intensity for five decades. The spectrum of differing views ranges from unequivocal assertions that the atomic attacks were militarily and morally justified to claims that they were unconscionable war crimes. The highly polarized nature of the controversy has obscured the reasons Truman authorized the dropping of the bomb and the historical context in which he acted. 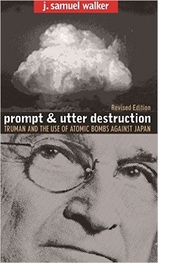 The dispute over the atomic bomb has focused on competing myths that have received wide currency but are seriously flawed. The central question is, “was the bomb necessary to end the war as quickly as possible on terms that were acceptable to the United States and its allies?”

The “traditional” view answers the question with a resounding “Yes.” It maintains that Truman either had to use the bomb or order an invasion of Japan that would have cost hundreds of thousands of American lives, and that he made the only reasonable choice. This interpretation prevailed with little dissent among scholars and the public for the first two decades after the end of World War II. It still wins the support of a majority of Americans. A Pew Research Center poll published in April 2015 showed that 56% of those surveyed, including 70% aged 65 and over, agreed that “using the atomic bomb on Japanese cities in 1945 was justified,” while 34% thought it was unjustified.

The “revisionist” interpretation that rose to prominence after the mid-1960s answers the question about whether the bomb was necessary with an emphatic “No.” Revisionists contend that Japan was seeking to surrender on the sole condition that the emperor, Hirohito, be allowed to remain on his throne. They claim that Truman elected to use the bomb despite his awareness that Japan was in desperate straits and wanted to end the war. Many revisionists argue that the principal motivation was not to defeat Japan but to intimidate the Soviet Union with America’s atomic might in the emerging cold war.

It is now clear that the conflicting interpretations are unsound in their pure forms. Both are based on fallacies that have been exposed by the research of scholars who have moved away from the doctrinaire arguments at the poles of the debate.

The traditional insistence that Truman faced a stark choice between the bomb and an invasion is at once the most prevalent myth and the easiest to dismiss. U.S. officials did not regard an invasion of Japan, which was scheduled for November 1, 1945, as inevitable. They were keenly aware of other possible means of achieving a decisive victory without an invasion. Their options included allowing the emperor to remain on the throne with sharply reduced power, continuing the massive conventional bombing and naval blockade that had destroyed many cities and threatened the entire Japanese nation with mass starvation, and waiting for the Soviets to attack Japanese troops in Manchuria. Traditionalists have generally played down the full range of options for ending the war and failed to explain why Truman regarded the bomb as the best alternative.

A staple of the traditional interpretation is that an invasion of Japan would have caused hundreds of thousands of American deaths, as Truman and other officials claimed after the war. But it is not supported by contemporaneous evidence. Military chiefs did not provide estimates in the summer of 1945 that approached numbers of that magnitude. When Truman asked high-level administration officials to comment on former president Herbert Hoover’s claim that an invasion would cost 500,000 to 1,000,000 American lives, General Thomas T. Handy, General Marshall’s deputy chief of staff, reported that those estimates were “entirely too high.” Hoover apparently based his projections on an invasion of the entire Japanese mainland, but military planners were convinced that landings on southern Kyushu and perhaps later on Honshu, if they became necessary, would force a Japanese surrender.

The revisionist interpretation suffers from even more grievous flaws. Japanese sources opened in the past few years have shown beyond reasonable doubt that Japan had not decided to surrender before Hiroshima. It is also clear from an abundance of evidence that U.S. officials were deeply concerned about how to end the war and how long it would take. The arguments that Japan was seeking to surrender on reasonable terms and that Truman knew it are cornerstones of the revisionist thesis. They have been refuted by recent scholarship, though impressing the Soviets was a secondary incentive for using the bomb.

The answer to the question about whether the bomb was necessary is “Yes”. . . and “No.” Yes, it was necessary to end the war at the earliest possible moment, and that was Truman’s primary concern. Without the bomb, the war would have lasted longer than it did. Nobody in a position of authority told Truman that the bomb would save hundreds of thousands of American lives, but saving a far smaller number was ample reason for him to use it. He hoped that the bomb would end the war quickly and in that way reduce American casualties to zero.

No, the bomb was not necessary to avoid an invasion of Japan. The war would almost certainly have ended before the scheduled invasion. A combination of the Soviet invasion of Manchuria, the effects of conventional bombing and the blockade, the steady deterioration of conditions in Japan, and growing concerns among the emperor’s advisers about domestic unrest would probably have brought about a Japanese surrender before November 1. And no, the bomb was not necessary to save hundreds of thousands of American lives.

The controversy over Truman’s decision seems certain to continue. The use of a bomb that killed tens of thousands instantaneously needs to be constantly re-examined and re-evaluated. This process should be carried out on the basis of documentary evidence and not on the basis of myths that have taken hold and dominated the discussion for 70 years.