Mr. Finkenbine is Professor of History and Director of the Black Abolitionist Archives at the University of Detroit Mercy. 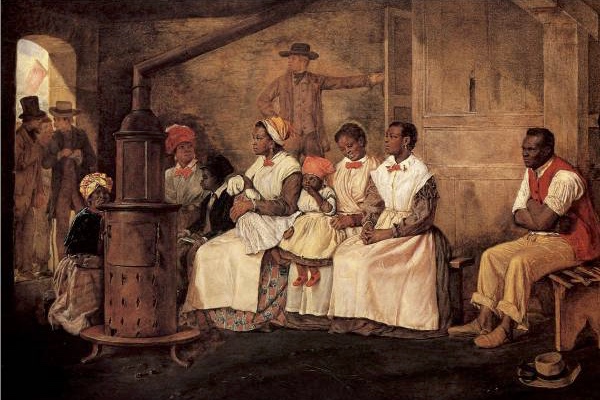 A few days ago, Texas adopted new social studies textbooks, based on recently-approved state standards. These textbooks imply that sectionalism and states rights were the primary causes of the Civil War; slavery was, at most, a secondary motive. Pat Hardy, a member of the board that created the new state standards, asserts that slavery was a “side issue to the Civil War. . . . There would be those who would say the reason for the Civil War was over slavery. No. It was over states rights.” Similar claims have been heard from opponents of the recent efforts to take down the Confederate battle flag in the wake of the mass shooting at Emmanuel A.M.E. Church in Charleston. It is to correct such historical misrepresentations that I regularly introduce my students to the little-known U.S. Supreme Court case of Ableman v. Booth.

The origins of the case came in 1852 when Joshua Glover, a Missouri slave, fled to the free state of Wisconsin and settled near Racine. Two years later, his owner, Benjamin S. Garland, tracked him there. Utilizing provisions of the recently-enacted federal Fugitive Slave Act of 1850, Garland obtained a warrant for Glover’s capture from the federal fugitive slave commissioner in the area. With the assistance of a deputy marshal, he forced his way into Glover’s cabin, physically assaulted him, bound him, and escorted him to the jail in Milwaukee, where he was placed in federal custody. When this became known, Sherman W. Booth, a local abolitionist and the editor of an antislavery newspaper, obtained a writ of habeas corpus from a county judge for Glover’s release. Noting that the slave was in federal custody and was captured under federal law, Steven V. Ableman, the U.S. marshal responsible for holding Glover, refused to honor the order of the lower court. Before long, a crowd broke into the jail and rescued Glover; he was never recaptured.

Booth and others were soon indicted for violating the Fugitive Slave Act of 1850. Thus began a long jurisdictional dispute between the federal government and the Wisconsin courts. Federal jurists (including many of southern pedigree) demanded that Wisconsin hew to federal authority. Wisconsin jurists argued that their state had a constitutional right to protect one of its citizens against the enforcement of an unconstitutional federal law. Even the Wisconsin Supreme Court sought to interpose itself between Glover and the U.S. government. Paradoxically, given the fact that 48 percent of Americans today believe that states rights was the primary cause of the Civil War, the southern press argued that there was no state right to resist the federal Fugitive Slave Law. Strong federal enforcement of the statute was essential to protecting their property rights in slaves.

The case eventually made its way to the U.S. Supreme Court as Ableman v. Booth. Writing for a unanimous court in 1859, Chief Justice Roger B. Taney argued that state and local courts (or governments) could not interpose themselves between fugitive slaves, or those aiding fugitive slaves, and federal efforts at enforcement. To do so, he lectured, “would subvert the very foundations of this Government.” Taney contended, in effect, that there was no constitutional claim to states rights in the face of federal law. Ironically, Taney held slaves and had become a leading advocate for slavery; four of his fellow justices were also slaveholders. In spite of its nationalist stance, the decision was enthusiastically endorsed by proslavery politicians, preachers, and the press in the South. Even after the decision, details of Booth’s case continued to play out in the federal courts until President James Buchanan pardoned him as he was leaving office in 1861.

On the eve of the Civil War, white southerners used whatever constitutional stance best served the goal of defending the existence of their “peculiar institution.” Sometimes a states rights argument promoted that purpose, sometimes reliance on federal authority did. Recalling the late 1850s from the vantage point of the post-war years, Senator Carl Schurz, a Missourian, observed that “in the North, as well as in the South, men’s sympathies in regard to slavery shaped and changed their political doctrines and their constitutional theories.” Thus, politicians in either region could invoke federal authority or states rights depending on which was most convenient. A look at the declarations of secession conventions, newspaper editorials, and political speeches from 1860-61 makes clear that southern leaders seceded and went to war to protect slavery and tamp down fears of racial equality. Only in the wake of Appomattox did former Confederates assert that the conflict had been waged over constitutional principles. Ableman v. Booth demonstrates the historical inaccuracy of contemporary claims that the South fought for states rights. Texas politicians should become familiar with the case.