What the Debate About the Confederate Flag Reveals

Stephen R. Leccese is a PhD candidate in history at Fordham University. 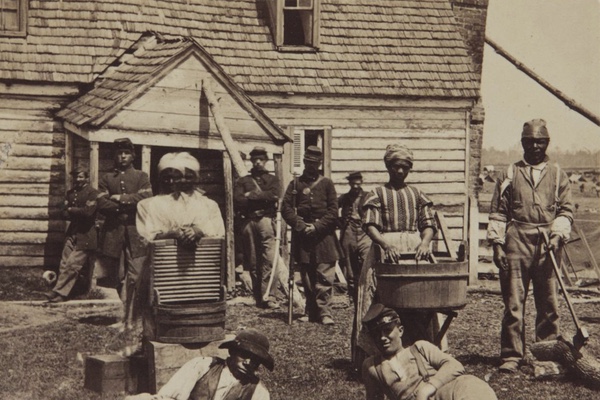 Anyone who has paid attention to education debates in this country over the last few years can probably agree on one fact: liberal arts are out, STEM is in. Students are increasingly being cautioned to specialize in STEM fields for a guaranteed, high-paying job. At the same time, liberal arts majors are stereotyped as being out of touch. Humanities degrees are considered useless to the real world, and students in these fields are warned that they’re wasting their time. Just look to the numerous, government-sponsored public service announcements advocating STEM and trying to foster interest in the hard sciences. Liberal arts are present in their absence here. The message is clear: STEM is the future of our country.

Yet time and again we’ve seen that liberal arts are not irrelevant, and can reveal much about the modern world. As a historian, I’ll limit my discussion to what I know best. People’s understanding of history often exercises an influence on the way they act politically and socially. Let’s look to the most recent headline-grabbing event: South Carolina’s Confederate flag debate.

The Confederate flag, many will argue, is not a symbol of slavery or the largest rebellion in this country’s history. By this belief, the Civil War was fought over the right of the states to make their own decisions, and not a desperate attempt to protect the system that enslaved roughly ten million people over the course of 250 years. According to this logic, the Confederate flag is a symbol of states’ rights, representing the right of states to push back against a national government overstepping its bounds. As such, removal of the Confederate flag appears as a reaction from a government that fears the power of its states.

Many supporters of the Confederate flag likely do so because they view it as a symbol of regional pride and patriotism. So we can see here a concrete example of people’s political and social actions in the modern world being influenced by their interpretations of history. If the flag were viewed as a symbol of enslavement, many (but certainly not all) supporters may change their opinions. And of course we can’t fault many people for holding this belief. It is widespread, pervasive, and taught in schools across the country, North and South.

Unfortunately for many supporters of the flag, the states’ rights interpretation is simply not correct. There aren’t many historical events that we can definitively say had a singular cause; the Civil War is one of them. The South seceded from the Union for the explicit purpose of maintaining the system of slavery.

The states’ rights argument falls apart when one has an understanding of antebellum Southern history. Before the Civil War, the South was in no way a bastion of states’ rights. With the exception of the Nullification Crisis of 1832-3, when South Carolina argued that states had the right to nullify federal laws, the antebellum South dominated the national government. As James McPherson points out, “during 49 of the 72 years from 1789 to 1860, the presidents of the United States were Southerners- all of them slaveholders” (This Mighty Scourge, 2007, pp. 7-8). More so, the South was disproportionately represented in the House of Representatives. The Three-Fifths Compromise from the Constitution counted 3/5 of the South’s slaves in population counts. This gave southern slave owners disproportionate control over the national government. The South used its power over the national government to protect slavery. Take for example the numerous fugitive slave laws that were passed between 1820 and 1860. These laws allowed agents to enter the North, violating state and regional sovereignty, and recover escaped slaves. Pro-slavery Southerners used the US Post Office to block the spread of antislavery literature. The South didn’t support states’ rights, it actively used federal power to violate them.

The states’ rights interpretation is a product of the post-Civil War years, not the antebellum era. Former Confederate leaders, including Jefferson Davis, began formulating a different excuse for the war, hoping to end up on a better side of history. The states’ rights argument grew out of a generation of Southern apologists trying to come up with another reason for the war besides protecting an economic and social system that the rest of the world condemned as pre-modern. Slavery exerted only a minor influence, they claim. The real issue was that the federal government was overstepping its bounds and violating the rights of the Southern states. Yet they came up with this excuse purely in hindsight. The South seceded from the United States for one concrete reason: to protect slavery.

So with this history in place, let’s revisit the current flag issue. Clearly, the Confederate flag is not a symbol of states’ rights, nor was it ever meant to be. The Confederacy was created for the explicit purpose of protecting and expanding slavery, yet adherence to the states’ right argument masks this history. This country’s educational system must do better and present an accurate view of history. When that happens, we can have a public that acts with an informed mind on issues of national (and international, as the world views race relations in this country very poorly) importance.