What We’ve Overlooked in the Debate About Charleston: The Connection between Guns and Racism

Robert McWhirter uses the Constitution and Bill of Rights every day as a practicing criminal lawyer and authority on immigration law and trial advocacy. His vast experience and impressive credentials in the field of law have prepared him for his latest contribution to all American citizens as author of Bill, Quills, and Stills: An Annotated, Illustrated, and Illuminated History of the Bill of Rights (American Bar Association, August 2015). 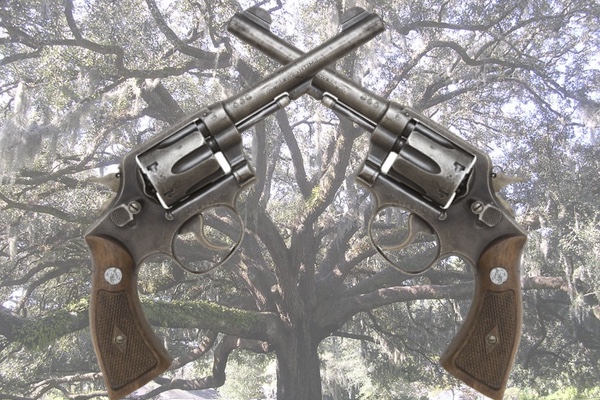 The shooting in South Carolina once again showed us the connection of guns and race.

Statistics of inner city gun violence always showed the connection.  In this context, the National Rifle Association actually believes in gun control.  “Nothing” says the NRA should infringe on the right of “law abiding citizens to bear arms.”  So, everybody not “law abiding” gets controlled. 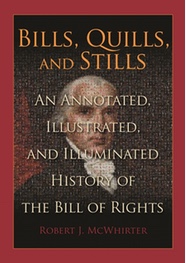 In the late 1960’s the Black Panthers creed was “the gun is the only thing that will free us.”  In 1967, they invaded the California State Assembly with guns in hand protesting the Mulford Act, which made it illegal to carry loaded firearms in public.  The NRA later supported the Mulford Act and that icon of American conservatism, Governor Ronald Reagan, signed the law stating  “I see no reason why on the street today a citizen should be carrying loaded weapons. …. [The Mulford Act] would work no hardship on the honest citizen."  The national Omnibus Crime Control and Safe Streets Act of 1968 and the Gun Control Act of 1968 followed, which the NRA did not oppose.  The “not law abiding” blacks got controlled.

But the history goes back further.  We associate the American south with guns and consider it the most anti-gun control part of the nation. In reality it was always the most gun controlled. From before the American Revolution until the well after the Civil War slaves couldn’t touch a gun without the master’s permission.  Laws prohibited even free blacks from having a gun, a situation that persisted throughout the Jim Crow south well into the twentieth century.  This was strict gun control.

A slave with no rights under the law by definition cannot be “law abiding.”

So, guns and race were connected. They are connected again at the Emanuel African Methodist Episcopal Church in South Carolina.  Dylann Roof chose his venue and victims with purpose.

And if the connection of guns and race was not clear enough, Roof murdered under the banner of “the Confederate Flag.”

The so called “Confederate Flag” was actually not the flag of the Confederacy but of the Army of Northern Virginia.  It’s graphically appealing.  We grew up with the Dukes of Hazard and the “General Lee” racer draped in the Confederate flag invoking good natured mischief and independence. But this obscured history.

Assertions of southern “heritage” and “pride” and “states’ rights” cannot change the Confederate Flag’s status as an icon of the fight to maintain slavery and insurrection.  Dylann Roof made the point as he waived his Confederate flag while burning the American.

Claims of “heritage” cannot just look to a putative ancestor who may have fought bravely for the Confederacy.  The heritage is itself hateful.  As Confederate Vice-President Alexander Stephens, stated in 1861, the Confederacy “corrected” Thomas Jefferson’s statement that “all men are created equal”: “Our new Government is founded upon exactly the opposite ideas; its foundations are laid, its cornerstone rests, upon the great truth that the negro is not equal to the white man; that slavery, subordination to the superior race, is his natural and normal condition.”

Claim Southern heritage and pride, but if you wave the “Confederate Flag” it comes with the violent racist cornerstone that was the Confederacy.  As much as the KKK hood, the Confederate flag remains the enduring symbol of white supremacy.  This is why when Dylann Roof walked into a bible meeting with a gun it was about race, gun control, and a flag.

Why we need yet another reminder of how race is still an issue, guns need regulation, and that a symbol of racism needs to be removed is really the only question.