This Is Where Libertarianism Gets Its Ideas from

This is part one of a three-part series. Mr. Striner, a professor of history at Washington College, is the author of many books including Father Abraham: Lincoln’s Relentless Struggle to End Slavery and Lincoln’s Way: How Six Great Presidents Created American Power. 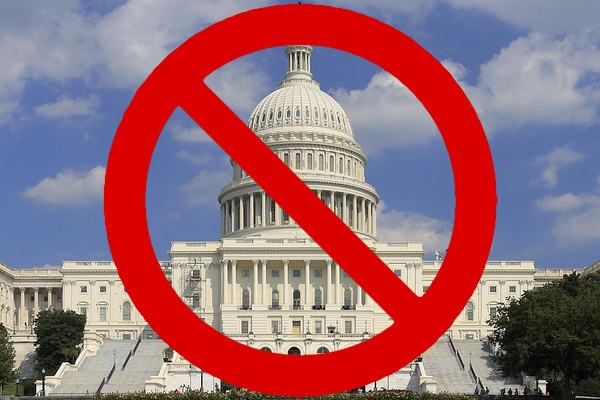 Anarchism —— the utopian belief that humanity can live without government —— is a very rare presence in today’s political landscape, since most people these days regard its premises as absurd. But the belief that the functions of government can be kept minimal is one of the most passionately-held convictions of our time. We call the people who embrace this belief “libertarians.”

Libertarianism in America today is very common in some respects but very different from the norm in many others. So an inquiry into the premises, history, and world-view of libertarianism can be instructive.

Almost anyone in a free society will naturally prize and defend their “liberty.” And yet the term “libertarian” has different connotations from the term “civil libertarian” —— does it not? —— even though libertarians and civil libertarians can sometimes make common cause, as in the case of recent disputes about surveillance by the National Security Agency. Even so, the alliance on this issue between members of the American Civil Liberties Union and self-labeled libertarians like Senator Rand Paul was more of a coalition than a bond between completely kindred spirits.

The larger point is this: we may all protest against particular forms of government action, not only because the policies in question are arguably wrong-headed but also because they are deemed unduly “coercive.” And yet resistance to these particular policies does not automatically qualify a person for membership in the libertarian movement.

The resurgent issue of police brutality is an obvious example, since the people who protested against certain controversial police actions in the past year or so very rarely identified themselves as libertarians. The same can be said about many who oppose the “Common Core” standards and a wide array of other policies in public education, even though some of these policies can be cited as examples of “government over-reach” that result in direct and palpable injustice. Recently, for instance, a woman in Georgia was arrested (and shackled) because her teenage son had six unexcused absences from school. Traditionally, truancy laws were enforced by police or truant officers who would round up the kids themselves. But according to the laws in this particular Georgia county (Screven County), any parent who cannot find a way to somehow force the physical attendance in school of a teenager whose bodily strength is a match for their own must be regarded as a criminal and treated as such.

A furor resulted when this incident was reported on-line, and for understandable reasons: the law in question was ridiculous, ill-thought-out, bad policy.

But the distinctive thing about libertarians is their view that government as such —— rather than particular aspects of government or particular and transient government policies —— ruins everything it touches. Roughly a generation ago, two American presidents widely regarded as polar opposites in other respects helped to launch the libertarian surge that to a great extent has dominated American politics ever since. “Government cannot solve our problems,” proclaimed Jimmy Carter in his 1978 State of the Union Address. “Government is the problem,” said Ronald Reagan in his first Inaugural Address. With all due allowance for rhetorical excess, the statements of these two presidents were remarkable. Surely Reagan, for instance, was not making reference to the military aspects of government when he called government “the problem,” since he and his defense secretary went on to push for massive increases in military spending on the theory that such spending would provide a solution to various problems rather than constituting, in and of itself, an additional part of what Reagan called “the problem.”

So what is it that prompts so many people to engage in government-bashing as an intellectual and emotional reflex?

The cultural, intellectual, and political history of libertarianism spans at least two centuries. And several of the twists in the emergence of this ideology are surprising —— even strange.

One of the sources of American libertarianism is deeply embedded in America’s genetic code of political culture: the extreme aversion to governmental regulation on the part of so many colonial radicals who led the way toward American independence. Members of the Tea Party are to some extent correct when they cite the slogans and the actions of these people as precedental.

Back in the 1960s, historian Bernard Bailyn shed light on the intellectual sources of this eighteenth-century movement. He traced it, at least in part, to the writings of a small fringe group of British “Radical Whigs” who in the 1720s preached a doctrine of civic vigilance against government that participants in mainstream British political life found veritably paranoid. “They insisted,” wrote Bailyn, “at a time when government was felt to be less oppressive than it had been for two hundred years, that it was necessarily —— by its very nature —— hostile to human liberty.” The pamphlet series Cato’s Letters, written by the Radical Whigs John Trenchard and Thomas Gordon, was reprinted in colonial newspapers, and, according to Bailyn, “devoured by the colonists.”

So it stood to reason that the first constitution of the United States —— the Articles of Confederation, which few Americans seem to learn about in high school anymore —— created a weak central government. Within the first ten years of the nation’s existence, the government created by the Articles was revealed to be so fatally weak that movers and shakers such as Alexander Hamilton, James Madison, and George Washington decided that drastic action was needed. So the Articles were scrapped and the stronger federal Constitution of 1787 was adopted instead. Benjamin Rush observed at the time that “the same enthusiasm now pervades all classes in favor of government that actuated us in favor of liberty in the years 1774 and 1775.”

But many American patriots were totally unconvinced, and such prominent heroes of the Revolution as Patrick Henry were “Anti-Federalists,” i.e., they opposed the ratification of the new Constitution. Many Tea Partiers today who invoke the Constitution in the course of their libertarian advocacy do not realize that they themselves would probably oppose the Constitution if they could be teleported to the 1780s.

Moreover, a number of Americans like Thomas Jefferson accepted the new Constitution in wary terms, and they remained extremely suspicious of the powers that had just been conferred upon the new federal government.

Another source of libertarian doctrine —— on both sides of the Atlantic —— was a certain form of eighteenth-century popular science, as applied to social theory during the Enlightenment. The emergence of Newtonian cosmology was understandably seen by many people in the eighteenth century as an epochal event in history. “Nature and Nature’s Laws lay hid in Night,” wrote Alexander Pope circa 1730; “God said, Let Newton be! and All was Light.” A number of social theorists argued that the Newtonian scheme of the heavens was potentially a pattern for reforming society, a demonstration of grace and balance that humanity was meant to copy by embodying it in institutions. In 1729, a minor and long-forgotten English poet, J. T. Desaguliers, wrote a verse tract entitled The Newtonian System of the World, the Best Model of Government.

One way to copy the Newtonian heavens in government was to craft a machinery of state that would replicate the equipoise of Newtonian astrophysics —— the interplay between centripetal and centrifugal force, for example —— through institutional checks and balances, and America’s founding fathers frequently resorted to cosmic metaphors in designing the federal Constitution. James Madison, for instance, argued at the Constitutional Convention that a stronger federal government was needed to “controul [sic] the centrifugal tendency of the States; which, without it, will continually fly out of their proper orbits and destroy the order and harmony of the political system.”

But others, in seeking inspiration from the Newtonian heavens, came to very different conclusions. They argued that the balance of the cosmos was completely automatic —— the heavenly Creator did not need to poke his fingers miraculously into the machinery in order to tune it up from time to time —— and since the balance and harmony of the universe were automatic, society, too, must have a pre-existing and built-in harmony and order. If things went wrong, such theorists argued, it would have to be due to interference by government, which sabotaged and undermined the built-in natural order of society.

Such was one of the doctrines of the French Physiocrats such as Francois Quesnay and Vincent Gournay —— men who supported deregulation of markets and popularized the slogan “laissez-faire.” Such was also the general argument of Adam Smith, who wrote that the market’s “invisible hand” would guide most transactions to satisfactory outcomes. By the nineteenth century, “classical economists” argued that free enterprise resulted from the natural laws of society and that government interference, however well-intentioned, would backfire.

The idea that government interference was “unnatural” also infiltrated early liberal ideology. “Man, were he not corrupted by governments, is naturally the friend of man . . . and human nature is not of itself vicious,” wrote Thomas Paine in 1791. In this manner, “government” became for early liberals something akin to the serpent in Eden; it had ruined a pre-existing and paradisiacal human condition. “I own I am not a friend to a very energetic government,” wrote Thomas Jefferson in 1787; “it is always oppressive.”

Always oppressive: left-of-center thinkers tended to presume that the power of the state had been created by (and was wielded by) members of the selfish elite in order to protect their own vested interests; consequently, the best way to exalt the lowly and the downtrodden was to rip down the governance structures that prevented the common man from emerging, tall and proud, into a decent life. The Democratic Party, as Andrew Jackson and others created it during the 1830s, promoted the doctrine that government in its very nature was the enemy of the “common man.” The motto of the party’s Democratic Review was “That Government That Governs Best, Governs Least,” and the motto of the Washington Globe, the house organ of Jacksonian Democracy, was “The World Is Too Much Governed.”

Intellectual historian Roland Stromberg has affirmed that while “there were several strains in early modern liberalism . . . they all tended to agree broadly on a negative conception of the state.”