Could Scientists Be Wrong About Global Warming?

Dr. James Powell is a former college professor and president, museum director, nonprofit executive, and former member of the National Science Board. He is the author of several books on science, including Four Revolutions in the Earth Sciences: From Heresy to Truth. Asteroid 1987 SH7 is named for him. 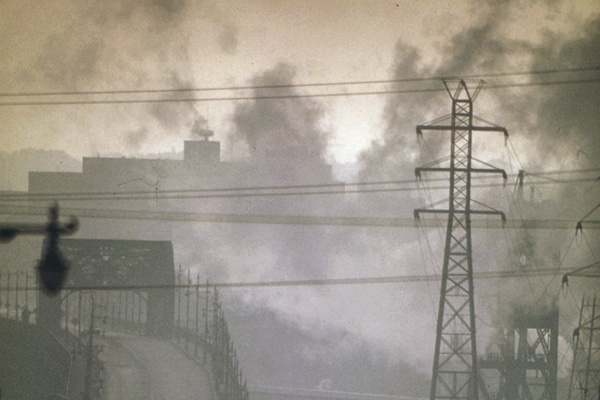 First is “The Surprise”: an unexpected discovery that reveals a prevailing theory as false. During the second half of the nineteenth century, Lord Kelvin used terrestrial heat flow to calculate that the Earth is no more than 100 million years old. As he acknowledged, his calculation depended on the Earth having no unknown source of heat. Then came the discovery of radioactivity, which releases heat. Since the Earth has innumerable radioactive atoms, each continually emitting heat, it does have another heat source. Radioactivity thus invalidated Kelvin’s calculation even as it provided an accurate way to measure geologic ages.

Could an unexpected discovery reveal global warming as less of a threat than scientists believe? This surprise would most likely be a new negative climate feedback. Scientists have been searching for negative feedbacks that would offset the greenhouse effect for decades with little to show for it. And any new feedback would have a 50-50 chance of making global warming worse. The discovery of a negative feedback is not impossible, but betting the future of our planet on it would be foolish.

Another potential error is “The False Assumption.” A famous example was the widespread nineteenth-century belief that a mysterious substance called the ether fills space. In order for gravity and light to propagate, it seemed logical that something must carry them, some invisible medium that occupies space. Nearly all scientists of the day, including Kelvin, accepted the ether as real. When the Michelson-Morley experiment showed that the ether does not exist, the way was opened for general relativity and quantum theory.

The chart below presents the key data that underpin global warming. Could global warming depend on false assumptions? If so, they would have to lie in the two connections between the three frames.

First, the connection between the rise in carbon emissions and the rise in CO2 concentration is not an assumption but a fact. We know that burning fossil fuels—the remains of ancient plants—creates CO2. Carbon isotope ratios show that the CO2 added to the atmosphere has come from ancient plants. Emissions from fossil fuel combustion are the only source of ancient plant carbon in the volume required.

The third potential error is “The Obsolete Paradigm,” wherein scientists cling to a favorite but outmoded theory instead of accepting a better one. During the first half of the twentieth century, geologists declined to accept continental drift in part because it contradicted uniformitarianism. In this view, geologic changes take place not through catastrophes like colliding continents but through steady, slow processes like erosion and mountain-building. When irrefutable evidence showed that the continents have drifted, all but a few senior holdouts quickly adopted continental drift and its successor, plate tectonics.

Could climate scientists be clinging to the theory of global warming when they should be rejecting it in favor of a better theory? No. All the hullaballoo masks the fact that there is no other theory to explain the data shown in the chart. That humans are causing global warming is not just the best theory, it is the only theory.

The fourth and last possibility is “The Error”: that scientists have simply made an honest mistake. Actually, scientists did make a mistake about global warming, but they began correcting it fifty years ago. In 1896, Svante Arrhenius calculated that doubling the concentration of atmospheric CO2 would cause global temperature to rise. At first, scientists acclaimed Arrhenius’s discovery. Then experiments by Ångström suggested that the CO2 in the atmosphere is already absorbing all the heat radiation that it is capable of absorbing, in which case adding more CO2 would not cause more warming. Scientists soon embraced Ångström’s finding and turned against the CO2 theory.

Two scientists in the 1930s, in separate papers, demonstrated that the atmosphere is not saturated to CO2 absorption, but climate scientists had made up their minds and ignored them. It took until the 1960s for a new generation to begin correcting the error of their scientific predecessors.

Today, a vast amount of evidence supports the theory of global warming. Tens of thousands of scientists are researching and publishing about it, assuring that any mistakes have almost certainly been revealed and corrected.

There is a fifth possibility, though it has no precedent: that scientists are deliberately wrong, engaged in a global conspiracy. Some 40% of those who doubt or deny global warming subscribe to this notion, the intellectual equivalent of believing that the Earth is flat or that men did not land on the Moon. To claim conspiracy is to prefer a blatant absurdity over scientific fact and only because accepting global warming does not happen to suit people. But the implacable laws of science remain unaffected by what suits us. As Richard Feynman wrote in his report on The Challenger spacecraft disaster, “Nature cannot be fooled.”