The US Is the Only Advanced Country on Earth that Doesn’t Guarantee Paid Maternity Leave. Why Is that?

Nancy Woloch teaches history at Barnard College, Columbia University. Her books include Women and the American Experience and Muller v. Oregon: A Brief History with Documents. Her latest book is A Class by Herself: Protective Laws for Women Workers: 1890s-1990 (Princeton University Press, 2015). 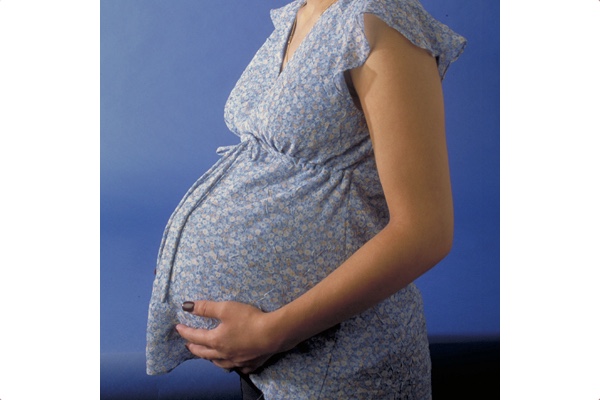 “Today, we’re the only advanced country on earth that doesn’t guarantee paid sick leave or paid maternity leave to our workers,” President Obama declared in his State of the Union speech in January 2015. Directing federal agencies to give their employees up to six weeks of paid leave after the birth or adoption of a child, the president also called on Congress to start a 2.2 billion dollar incentive fund to reimburse states that initiate paid leave programs and to provide grants to states that strive to create such programs. The proposal is the last in a chain of steps toward paid maternity leave that goes back to the end of protective laws for women workers in the 1960s and 1970s.

Progressive Era proponents of women-only protective laws spoke often of future motherhood but the laws never steered any benefits toward pregnant workers. Rather they sought to distance the prospective or new mother from the workplace; six state laws enacted before 1920 barred employment of women for several weeks before or after childbirth. In the late 1960s and 1970s, in the wake of Title VII the Civil Rights Act of 1964, which prevents employment discrimination on the basis of sex, the courts and the states overturned women-only protective laws. All labor standards –maximum hour laws, minimum wage laws, workplace safety laws—henceforth had to apply to men and women alike. But the challenge posed by the pregnant worker remained. Could employers treat women differently because of their childbearing capacity? As women-only protective laws sank, courts and legislatures began to wrestle with the issue of workplace pregnancy.

Could employers bar pregnant women from work? In Cleveland Board of Education v. LaFleur (1974) and a companion case, public school teachers challenged regulations that forced them to leave work months before their expected childbirths. The Supreme Court found that they had been denied due process rights. Were pregnant workers entitled to benefits? In Geduldig v. Aiello (1974), the Supreme Court permitted California to exclude pregnant women from the state’s disability plan for public sector employees; the exclusion, said the Court, did not violate the equal protection clause. In General Electric v. Gilbert (1976), similarly, the Supreme Court upheld a company plan that paid workers part of their wages for short-term disability, except for pregnancy. This was  “not a gender-based discrimination at all,” said the Court. In response, under pressure from women’s rights advocates, Congress passed the Pregnancy Discrimination Act of 1978. Pregnant workers, said the law, “shall be treated the same for all employment related purposes,” including benefit programs, “as other persons not so affected but similar in the ability or inability to work.”

Congress had redressed the Supreme Court’s bias against the pregnant worker, though the PDA would spur litigation for decades. The next clash over workplace pregnancy: Might pregnant workers receive special benefits? In California Federal Savings and Loan v. Guerra (1987), the Court upheld a state law enabling women returning to work after pregnancy leave to have access to their former jobs. But feminists disagreed about differential treatment of women workers. Congress again stepped in. After several attempts to enact parental leave plans, foiled by presidential vetoes, lawmakers passed the Family and Medical Leave Act of 1993. FMLA requires employers of fifty or more to provide up to twelve weeks of unpaid leave with job protection to employees with disabilities and to those who had to care for family members, such as new infants, sick children, or aged parents. FMLA broadened the reach of pregnancy leave policy to cover all workers, male and female. It also deconstructed pregnancy into two parts, disability and caring for others.

An innovative and egalitarian advance, FMLA resolved the problems posed by Guerra, but it was a partisan measure that never won Republican support. Once foes of women-only protective laws, conservatives had now become ambivalent about equal rights. To opponents, FMLA disadvantaged employers; any leave arrangement, critics claimed, should be voluntary, not compulsory. FMLA also had limits in practice, especially compared to the multi-month paid maternity leaves of European nations. The US law covered only employees of large businesses, and bypassed those who had been employed at a company for under a year. That the leaves were unpaid curbed their impact even further. FMLA thus failed to reach about half of the employed, including workers in part-time or contingent jobs, or recently hired; those in small workplaces; and those who could not afford to take unpaid leaves. Meanwhile, options for paid leave remained few. Some big companies with well-compensated staffs, like Google, began to provide paid parental leave. So did three states -- Rhode Island, California, and New Jersey -- which funded short-term paid family leaves through additions to state disability insurance programs, that is, payroll taxes on employees. But bills to provide paid leaves to federal workers sank in Congress.

President Obama’s announcement of 2015 thus revived proposals that had been floundering since the 1990s. Republicans who had battled FMLA now objected to paid leave proposals – to following European models and to imposing further regulation on businesses. Even if state-funded, opponents claimed, paid leave increased company costs for overtime pay or for temporary workers; any new expense would force employers to cut pay and/or other benefits. Concerns about backlash arose, too: might paid leave spur employer reluctance to hire or promote women? A 2013 study by Cornell professors posited that “family-friendly” policies, such as European-style multi-month periods of paid maternity leave, could have mixed effects. Such policies might facilitate work force entry among “less career-oriented women”; on the other hand, the same policies “may lead employers to engage in statistical discrimination against women for jobs leading to higher-level positions.” It is unlikely, however, that the current, limited, six-week proposal will impede equal employment opportunity – and just as unlikely that it will make any progress in a Republican Congress. Still it is the next step. Broad-based policies with potential appeal to men, funded by state disability insurance plans with federal help, remain the best prospect for providing access to paid parental leave.