Hakim Khatib is a political scientist and analyst who works as a lecturer for politics and culture of the Middle East, intercultural communication and journalism at Fulda and Darmstadt Universities of Applied Sciences and Phillips University Marburg. Hakim is a PhD candidate in political science on political instrumentalisation of Islam in the Middle East and its implications on political development at the University of Duisburg-Essen and the founder and editor-in-chief of the Mashreq Politics and Culture Journal (MPC Journal). 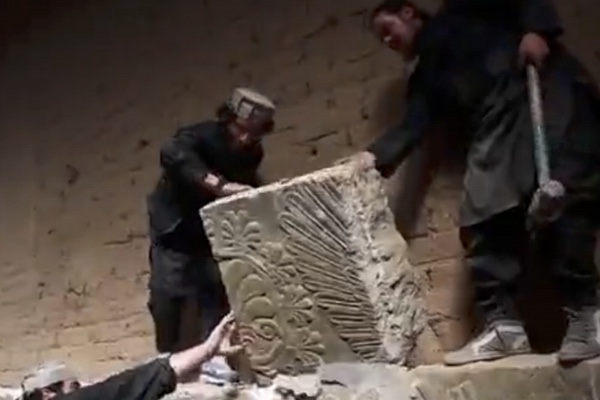 A pattern in the Middle East is emerging to reshape the political, social, economic and cultural structures in the region. While some countries in the Middle East ally with Shiite elements such as Iran, Houthis in Yemen, Syrian regime and other minorities in Syria, Shiites in Bahrain, Hezbollah in Lebanon and Iraqi government, others ally with Sunni elements making the divide in the region seem more sectarian than political. Media in the Middle East are flooded with declamatory discourses describing the whole context in religious terms. Well, it might be partially true that religion is important but it doesn’t tell us the whole story.

Political actors' religious backgrounds become an identifying factor in politics, but their conflicts with others are not based solely on religion. Rather, they are framed in religious terms for the purpose of mobilizing voters. The assumption is that Sunnis are more likely to pledge support to other Sunni factions and Shiites are more likely to pledge alliance to Shiite factions. In the Syrian conflict for example, despite the fact that both the opposition and the regime consist of individuals from different religious backgrounds, a collective presumption throughout the conflict has emerged, in which an Alewite or Shiite is more likely to support the regime and a Sunni is more likely to be with the rebels.

The story of religious competition and involvement of religion in politics isn’t novel in the Middle East. It is especially accentuated through the availability of media and communications networks. The use of Islam for political ends has become more eminent in the recent decades and is more likely to remain on the rise. Religion, as an ideology, becomes helpful for people to solve the contradictions of “what should be” and their realities – “what is”. The authoritarianism, lack of participation in political and economic networks, backwardness, protracted wars in the Middle East, the colonial past, the negative effects of globalization etc. are all contradictions that need solutions.

In the conventional sense, Islamic movements are often held responsible for the instrumentalisation of religion in politics. But in reality, religion is used by ideological and non-ideological networks such as military elites, political elites and economic elites. In other words, all other power networks in the Middle East contest to control the power of ideological sources and/or to dominate the ideological networks.

Going back not too far in history, we see that the cooperation between the Muslim Brotherhood and Jamal Abdulnasser in the 1940s to fight against the imperial power – Britain, but then Islamists’ attempt to assassinate Nasser in 1954 are based more on contestation for power than for religious grounds. While Nasser was working hard to consolidate his power against the Muslim brothers, he enforced two important policies: He banned the Muslim brothers and shoved them into prisons, and strengthened his power with Al-Azhar to control ideological sources and networks. He also made the head of Al-Azhar a presidential appointee, making sure that the institution would not be out of step with government’s needs and stances.

Egypt has been suffering from this ideological polarization and competition to control ideological power sources and networks since the 1920s. Repeating the same cycle Nasser started, Sadat released the Muslim brothers in the 70s giving them cultural and ideological autonomy for their support to counterbalance the leftist forces in Egypt in return. Unfortunately, a long run as the "Hero of the Crossing" didn’t save his life. Based on a fatwa, Sadat was assassinated by Khalid Islambouli in 1981 after a peace deal with Israel in 1979, which had angered Islamists, especially the Al-Jihad Group in Egypt.

While oppression of the Salafi and Muslim brotherhood continues under Hosni Mubarak’s rule, latent but rather coherent and organized ideological groups were forming apart from the official power networks of Egypt. Mubarak, through coercion or lure, allied with Al-Azhar to benefit from their fatwas for his regime’s favor. Again control of an ideological source mobilizing its network to serve not the downtrodden or believers transcendently, but rather to serve the regime’s power consolidation along with the control of economic, political and military networks.

The Sinai peninsula insurgency in 2011 and the tentative outburst of violence in Egypt in 2013 after the coup d’état are a repetition of the same cycle of ideological mobilization through the control of sources and networks. While the oppression of Al-Sisi rule is tremendous, ideological framing of people’s contradictions in a search for a solution become a necessity. In such situations, violence becomes a viable option and rational to counterbalance the force of the state. Al-Sisi seems to be aware of the rules of the game following the steps of Nasser by allying with Al-Azhar and jostling Muslim Brotherhood members into prison or exile. Al-Sisi even went further to declare the Muslim brothers a terrorist organization and to invoke a religious revolution according to the state understanding.

Moving to other examples in the Middle East and North Africa, we find that the first and the second Sudanese civil wars (1955-1972, 1983-2005) reflect this pattern of power rivalry instrumentalising religious terms. Such vicious cycle of political contestation has repeatedly involved a transcendent ideology, Islam in this case, to serve the private interests of contenders. This process was boosted by key conjunctures in the modern Middle Eastern history and here are a few to mention:

The eruption of violence in Algeria in 1991-2002 and depriving Islamic parties from exercising power after winning elections at polls, and the Syrian Baathist-religious balancing, which resulted in massacres in Jisser Al-Shoughour, Hama, Aleppo and Palmyra between 1979 and 1982 in Syria as well as the fuel of the on-going Syrian civil war represent such conjunctures. This also applies to the sectarian violence in Iraq 2006-2007 and the emergence of the religio-politically motivated ISIS (Islamic State of Iraq and the Levant) in Eastern Syria and northern and central Iraq, which emerged after the American invasion in 2003 in Iraq and spread to Syria in 2014, and its relentlessness in slaughtering any kind of opposition.

The rise of new political entities in the Middle East increased the sectarian dimensions in geopolitics of the region more than ever. The establishment of the Iranian Islamic state in 1979 and calling it Islamic in the first place and its war with Iraq between 1980-1989, and the rise of the Kingdom of Saudi Arabia in 1932 and the Saudi Arabian alliances in the Afghani wars, the Iraq-Iran war, the Gulf war and the Syrian civil war and the violent incidents and unrest in Yemen, Bahrain, Libya, and Tunisia stand for the dangerously religious outbidding game and the cynical use of religion that has been exercised equally by rulers and Islamic factions to control power sources and networks.

After all, ideology in the Middle East is a source of power exercised by an ideological network like other political, military and economic powers. However, ideological power can be more resilient if it’s shared, divided, organized, reorganized and mobilized by other power networks. For instance, dividing or mobilizing the military network would make one group legitimate and the other not – Libya lies under such a categorization and, as we see, it is not going well for Libyans.