Why Historians Should Use Social Science Insights When Writing History

Josiah Ober is theMitsotakis Professor of Political Science and Classics at Stanford University. His books include Democracy and Knowledge, Political Dissent in Democratic Athens, The Athenian Revolution, and Mass and Elite in Democratic Athens (all Princeton). His latest book is of The Rise and Fall of Classical Greece (Princeton University Press, 2015). 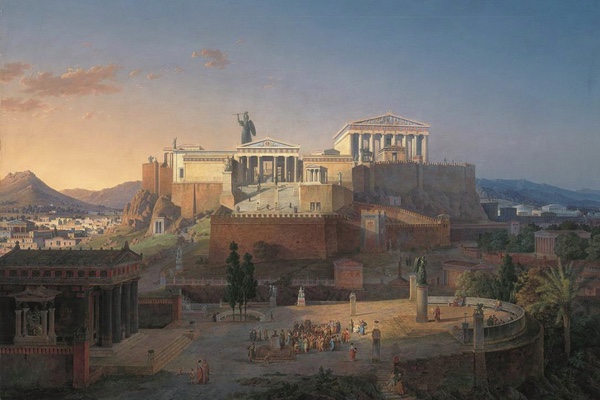 The analytic study of ancient Greek history – that is the attempt to describe the past accurately, and to explain why and how events and trends transpired as they did (in “counterfactual” recognition that things might have gone differently) -- dates back to Herodotus and Thucydides. Historians of the Greek world have, over many generations, added new tools to the analytic repertoire. Some tools (epigraphy, numismatics, prosopography) have proved productive; others (psychohistory) have been largely dropped. 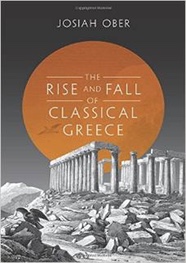 In the 21st century, formal modeling and quantification, common in economics, political science, and other branches of social science, have been taken up by some recent histories of Greece (and of Rome) – my new book on The Rise and Fall of Classical Greece is one example. While a few historians of antiquity have expressed hostility to the enterprise, on the grounds that modeling/quantification tools are inherently suspect (because employed by “neo-liberal” economists, evidently), the fate of these tools, as with previous ones, will depend on whether the results are judged plausible and interesting.

Meanwhile, one may ask: Why bother? What do those of us employing formal models and quantification suppose we have to offer?

One answer is better explanations of social cooperation. Cooperation concerns anyone seeking to explain social organization and change. Without cooperation, there are no higher-order social goods, public or private. A basic insight of recent social science is that cooperation in a small group with stable membership is easy (defectors are readily identified and punished), but cooperation in a group the size of a city-state becomes difficult. The difficulty arises because individual preferences (“what’s best for me”) diverge from common interests (“what’s overall best for us”). A policy that benefits the group (security, infrastructure) will be costly to some individuals (soldiers, taxpayers) but not others.

All benefit from public goods, but the best (selfish) move for each is to gain that benefit without paying costs, giving each individual an incentive to defect or free ride on others’ cooperation. Since all have the same incentive to defect, cooperation collapses or never gets off the ground. And yet cooperation is evident in many large groups – including Greek poleis. What is needed, in the absence of a third party enforcer (think Hobbes’ Leviathan) is the credible commitment of each individual to a course of action that, while imposing costs on individuals, benefits the society overall (and thereby each individual). Credible commitments in small groups arise from trust and mutual monitoring. Large groups require institutions, formal or informal, that align individual incentives (reasons to choose cooperative action A over uncooperative action B), so that each acts cooperatively without fear of a sucker’s payoff.

The basic idea was well understood by Thucydides, Plato (book II of Republic), Aristotle (book I of Politics), among others. The modern (18th-20th century) advance in analyzing cooperation came in using simplified models of decision situations -- Prisoner’s dilemma, Stag Hunt, and variants and alternatives -- to allow the effects of divergent institutions on individual incentives to be formalized and thus tested. Formal models are typically predicated on a simplifying assumption of rational (or “boundedly rational”: satisficing rather than maximizing) individual agents. Stylized players make choices in “games” with other players, under conditions of more or less full information. Players calculate costs and benefits in the context of a game with rules (institutions), which give each player certain incentives structured as payoffs.

The outcome of the game is stable (“in equilibrium”) if no player has a better move under the rules. When historians first encounter game theory, they are likely to object that formalized games grossly over-simplify a much more complex social reality. As indeed they do. The game explicitly abstracts from reality, with the goal of starting with simple intuitions about behavior to explain counter-intuitive features of real-world societies. The model is “unreal” in assuming rationality (as expected utility maximization) and complete information, but generates testable predictions.

For example, a game might predict that, under certain institutional conditions, citizens in many poleis would come to favor democracy over oligarchy. That prediction can be tested against the real-world cases that the model is meant to illuminate.

One of the ways the predictions are tested empirically is via quantification. Thanks to recent projects, notably the Inventory of Archaic and Classical Poleis (edited by Mogens Hansen and Thomas Nielsen), there is a great mass of evidence about the Greek world that can be rendered into quantifiable form, and thereby used to test predictions arising from formal models.

If the testable predictions (e.g. that the number of states transitioning to democracy from oligarchy will outnumber the transitions to oligarchy from democracy) arising from the model are not fulfilled in the real-world situations that the model is meant to explain, it is falsified – falsification being one of the virtues of the approach. The historian employing a formal model and testing it against quantified data is able to answer the key question, “How would you know if you were wrong?” If a historian cannot answer that question, it is not clear what he or she is actually doing when writing about history.

Of course, models are developed with knowledge of cases and there is always the question of “confounders” – unobserved background variables that are in fact producing the actual result. There is great value, therefore, in “out of sample” tests. Predictions arising from a model should hold for cases that are relevantly similar to the ones that gave rise to the model, but which were unknown to the model’s originators and that lack the confounders. This is one valuable role ancient history can play in social science: Models, for example those that seek to determine whether democracy produces economic growth or vice versa, were devised with modern cases in mind. The models can be tested for robustness by applying them to ancient situations.

Formal models and quantification may prove a useful tool for historians to better explain social change in ancient past. Ancient history also allows for testing theories of great contemporary relevance. History surely need not be just about relevance. But if we can advance knowledge of history, while helping to answer big questions about cooperation, surely we should be ready and willing to do so.