Will Americans Vote for a Democratic Socialist? 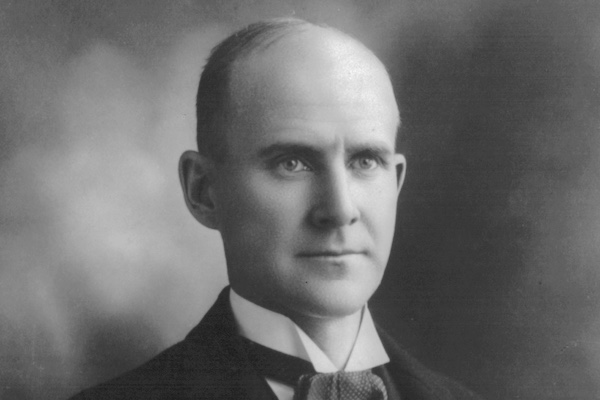 The recent announcement by U.S. Senator Bernie Sanders, an avowed “democratic socialist,” that he is running for the Democratic nomination for President raises the question of whether Americans will vote for a candidate with that political orientation.

During the first two decades of the twentieth century, the idea of democratic socialism -- democratic control of the economy -- had substantial popularity in the United States. At the time, the Socialist Party of America was a thriving, rapidly-growing political organization, much like its democratic socialist counterparts abroad -- the British Labour Party, the French Socialist Party, the German Social Democratic Party, the Australian Labor Party, and numerous other rising, working class-based political entities around the world. In 1912, when the United States had a much smaller population than today, the Socialist Party had 118,000 dues-paying members and drew nearly a million votes for its candidate, Eugene V. Debs, the great labor leader, for President. (The victor that year was the Democratic candidate, Woodrow Wilson, who drew six million votes.) Furthermore, the party held 1,200 public offices in 340 cities, including 79 mayors in 24 states. Socialist administrations were elected in Minneapolis, Minnesota, Butte, Montana, Flint, Michigan, Schenectady, New York, and all across the country. In 1912, the Socialist Party claimed 323 English and foreign language publications with a total circulation in excess of two million.

Of course, this socialist surge didn’t last. The Democratic and the Republican parties, faced with this threat to their political future, turned to supporting progressive agendas -- breaking up or regulating giant corporations, curbing corporate abuses, and championing a graduated income tax -- that stole the socialists’ thunder. In addition, after U.S. entry into World War I, an action opposed by the socialists, the federal and state governments moved to crush the Socialist Party -- arresting and imprisoning its leaders (including Debs), purging its elected officials, and closing down its publications. Moreover, one portion of the party, excited by the success of revolutionaries in overthrowing Russia’s Czar and establishing the Soviet Union, broke with the Socialist Party and established Communist rivals. Co-opted by the mainstream parties, repressed by government, and abandoned by would-be revolutionaries, the Socialist Party never recovered.

Even so, democratic socialism retained a lingering influence in American life. When a new wave of reform occurred during the New Deal of the 1930s, it included numerous measures advocated and popularized by the Socialist Party: Social Security; public jobs programs like the WPA; minimum wage laws; maximum hour laws; and a steep tax on the wealthy. Here and there, although rarely, socialists even secured public office, and Milwaukee voters regularly elected socialist mayors until 1948. Starting in 1928 and running through the early post-World War II era, Norman Thomas became the attractive, articulate leader of the Socialist Party, and was widely respected among many American liberals and union leaders.

What nearly eliminated the Socialist Party was a combination of New Deal measures (which drew labor and other key constituencies into the Democratic Party) and the public’s identification of Socialism with Communism. Although, in fact, the American Socialist and Communist parties were bitter rivals -- the former championing democratic socialism on the British model and the latter authoritarian socialism on the Soviet model -- many Americans, influenced by dire conservative warnings, confused the two. Particularly during the Cold War, this further undermined the Socialist Party.

In the early 1970s, with the party barely surviving, most democratic socialists decided it was time to reassess their strategy. They asked: Did the collapse of the Socialist Party mean that, in the United States, democratic socialism was unpopular, or did it mean that third party voting was unpopular? After all, large numbers of Americans supported democratic socialist programs, ranging from national healthcare to public education, from public transportation to taxing the rich, from preserving the environment to defending workers’ rights. What would happen if democratic socialists worked for their programs within the Democratic Party, where the typical constituencies of the world’s democratic socialist parties -- unions, racial minorities, women’s rights activists, and environmentalists -- were already located? Led by the party’s titular leader, Michael Harrington, whose book The Other America sparked the War on Poverty of the 1960s, they organized Democratic Socialists of America (DSA) and plunged into major social movements and into the Democratic Party.

Although, in the ensuing decades, DSA made little progress toward rebuilding a mass, high profile democratic socialist organization, it did manage to pull thousands of union, racial justice, women’s rights, and environmental activists into its orbit. DSA also discovered a significant number of leftwing Democratic and, sometimes, independent candidates for office who welcomed its support and occasionally joined it. Bernie Sanders -- an independent who was elected as mayor of Burlington, Vermont’s only Congressman, and a U.S. Senator from Vermont -- is certainly one of the most successful of these politicians. Indeed, in 2012 he won re-election to the Senate with 71 percent of the vote.

But will Americans actually support a democratic socialist in the Democratic Presidential primaries? Sanders himself has conceded that the odds are heavily against him. Even so, although a Quinnipiac poll of American voters in late May of this year found him far behind the much better known and better funded Hillary Clinton, his 15 percent of the vote placed him well ahead of all other potential Democratic candidates. Also, there’s great potential for broadening his support. The latest poll on Americans’ attitudes toward “socialism,” taken in December 2011, found that 31 percent of respondents had a positive reaction to it. And what if Americans had been asked about their attitude toward “democratic socialism”?

Consequently, even if Hillary Clinton emerges as the Democratic nominee, as seems likely, a good showing by Sanders could strengthen the democratic socialist current in American life.