Just What Exactly Are People Commemorating on the 200th Anniversary of Waterloo?

Alan Forrest is Emeritus Professor of Modern History at the University of York. He has published widely on French Revolutionary and Napoleonic history in France and Europe, on the history of armies and war, and on the cultural history of modern France, most recently a biography of Napoleon (2011). His latest book, Waterloo, was released from Oxford University Press in May 2015. 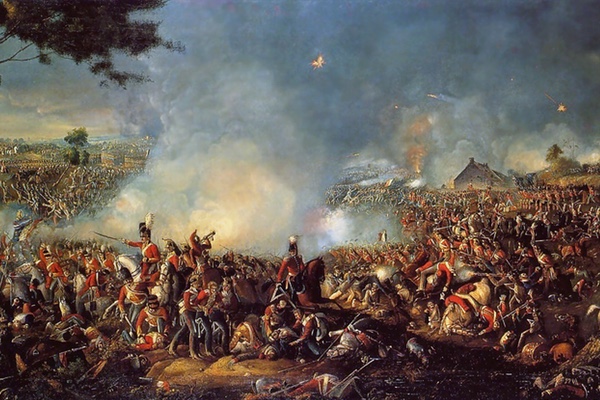 In what circumstances can a military battle become a lieu de mémoire (place of memory) capable of creating its own mythology or contributing to a nation’s sense of identity? In Pierre Nora’s classic work on France’s lieux de mémoire, for instance, few if any of the entries are battles, in apparent defiance of France’s often bellicose and blood-soaked history. Indeed, not a single battle of the modern era makes the cut. Only Bouvines in 1204, the engagement which confirmed the sovereignty of the French crown over the Angevin lands of Brittany and Normandy, is deemed sufficiently formative to be included among his choice of key events, movements and symbols that helped to shape France as we know it today. Germany, it is true, made the victory over Napoleon at Leipzig in 1813 into a key moment in the growth of cultural nationalism, and among the Erinnerungstage identified by Etienne François and Uwe Puschner in their recent volume are the dates of four nineteenth-century battles, those at Jena/Auersted, Leipzig, Sedan and, particularly significant here, Waterloo. But Germany, whose own process of nation-building is largely concentrated in the nineteenth century, may present something of an exception. Battles, it would seem, are seldom quite so central to national myths and identities. 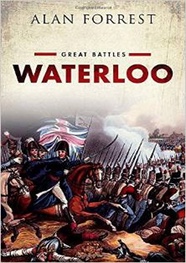 The French, it seems to me, have found it especially difficult to commemorate the great Napoleonic battles, even the victories like Ulm, Austerlitz, Wagram or Jena. There are a number of possible reasons for this: an uneasiness about the Republic being seen to celebrate a rival polity, the Empire; an abiding republican distrust of army officers and their political ambitions (which is more of a live issue than one might expect (Boulanger, Pétain, de Gaulle all made, or sought to make, the transition from military leadership to political control); and sensitivities about the feelings of European neighbors with whom France now wishes to live in harmony, all doubtless play their part. There is a reluctance to trumpet their past victories, and, understandably, even less inclination to celebrate defeats, not least a defeat that, like Waterloo, led to surrender, the payment of a large indemnity, the acceptance of an army of occupation, and what we are now accustomed to call regime change. The spat earlier this year about the minting of a special euro coin to mark the bicentenary of the battle suggests that there is still sensitivity over the issue. Commemoration, after all, is as much about the politics of the present as it is about the history of the past.

In any case there is some uncertainty about what it is that is being commemorated. Is it appropriate, in the twenty-first century, to celebrate, joyously, an engagement that resulted in the deaths of so many soldiers in a single day? Should we not remember Waterloo more for the scale of the sacrifice it demanded of the men who fought and the families they left behind, or for the fact that it ushered in a century of relative peace following the Congress of Vienna? Or is it more about the colour of the military spectacle – as will doubtless be exemplified in the re-enactments of the battle that will take place on 18 June and the days following? All may seem legitimate forms of commemoration, the more so in that, in the decades after 1815, and across the nations that were represented in the battle, Waterloo gave rise to very different memories, memories that relate as much to subsequent political manipulation as to the enthusiasm of the population or the experience of the soldiers who were there. Each nation, it would seem, drew what it wanted from Waterloo and made it part of its national narrative.

Only Britain unambiguously claimed Waterloo as its own, as a victory for Wellington’s genius over the most successful commander of his generation, and also a victory for what it posited as British defensive qualities of grit, stoicism, determination in the face of enemy fire. The victory would be celebrated like no previous British land victory (though victories at sea, like Trafalgar, had an even stronger appeal to the nation and to the English in particular). The initial jubilation that greeted the news of victory and the publication of the Waterloo Dispatch was undoubtedly spontaneous - joy at the defeat of Napoleon, relief that the war was finally over - but this gave way to official celebrations with a more political purpose. Across Britain and the Empire Wellington and Waterloo were celebrated in the names of squares, bridges and railway stations, of mills and factories, of new towns and cities that were springing up from Canada to New Zealand. Particular emphasis was placed on Scottish and Irish involvement as the British government sought to inspire loyalty to what was still a relatively disunited Kingdom.

For each of the nations present on the battlefield Waterloo had a different resonance. Prussia did celebrate, but in a minor key, a victory that it ascribed to Blücher more than to Wellington, but the battle did not rival Leipzig in Germans’ affections. Only in George III’s electorate of Hannover – and the home of the King’s German Legion – was it given real prominence. The Dutch, who had played a considerable role in Wellington’s army, emphasized the part played by the young Prince Willem of Orange, thus making Waterloo more a dynastic triumph than a truly national one. The most famous monument on the battlefield, the Butte du Lion, was Holland’s tribute to Willem, erected on the spot where, supposedly, he was wounded, in 1826. As for France, Waterloo would remain, in Victor Hugo’s phrase, a “morne plaine,” shrouded in gloom and sadness, that marked the final chapter in an epic adventure. French memory was dominated by two images – the last stand of the Imperial Guard and the (doubtless apocryphal) mot de Cambronne - which turned Waterloo into the very epitome of a glorious defeat, and which would, for a romantic age, help to stoke a growing cult of Napoleon. If his military ambitions had ended in calamity, for him and for his country, many would argue that it was Napoleon who won the battle for history.