Robert J. Spitzer is Distinguished Service Professor and Chair of the Political Science Department at SUNY Cortland. His most recent book is “Guns Across America: Reconciling Gun Rules and Rights,” published by Oxford University Press. 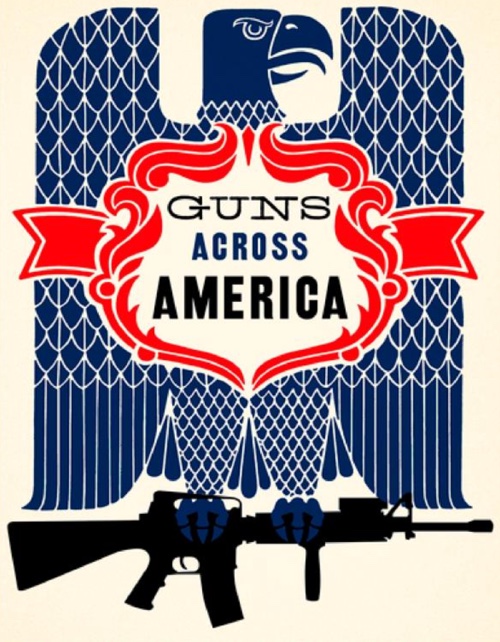 The first significant federal law aimed at curtailing gun violence, the National Firearms Act of 1934, enacted a series of measures aimed mostly at stemming the spread of ever-more destructive weapons into the hands of criminals at a time of spiraling gangland violence. Chief among the weapons and accessories it regulated were sawed-off shotguns (defined as those having a barrel shorter than 18 inches), machine guns, and silencers. As if to punctuate the connection between the law and criminal violence, the NFA was signed into law on June 26. Bookending the signing was the killing of the notorious criminal duo Bonnie Parker and Clyde Barrow on May 23, and of uber-gangster John Dillinger on July 22. 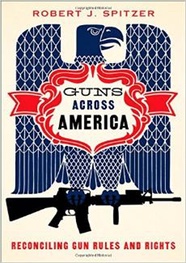 Yet the campaign to staunch the flow of such weapons into society began in the states the previous decade, when at least 27 states enacted measures to restrict or outlaw the sale and possession of fully automatic weapons prior to 1934 – most especially submachine guns like the Tommy gun (dubbed “the gun that made the Twenties roar”). The first state to so act was West Virginia in 1925. The pivotal role of the states, acting at a time when the national government was seen as having limited power over the regulation of crime, comes as little surprise.

For example, Rhode Island defined prohibited “machine guns” to include “any weapon which shoots automatically and any weapon which shoots more than twelve shots semi-automatically without reloading.” A 1927 Massachusetts laws defined prohibited weapons as, “Any gun or small arm caliber designed for rapid fire and operated by a mechanism, or any gun which operates automatically after the first shot has been fire. . . shall be deemed a machine gun.” Michigan’s 1927 law prohibited machine guns or any other firearm if they fired more than sixteen times without reloading. Minnesota’s 1933 law outlawed “Any firearm capable of automatically reloading after each shot is fired, whether firing singly by separate trigger pressure or firing continuously by continuous trigger pressure.” It went on to penalize the modification of weapons that were altered to accommodate such extra firing capacity.

As is true in much of life, changes in technology often drive changes in behavior. While the typical hunter of the 1930s might have used a bolt action rifle, today’s hunter is much more likely to rely on some kind of semi-automatic long barrel gun. Even if the hotly disputed category of “assault weapons” were banned nationwide today (as was true to a limited degree from 1994-2004), the vast majority of long guns owned and used for recreational purposes would still be legal. But what is notable, even astonishing about the state laws just quoted is that they demonstrated little patience for semi-automatic firing married to the ability to fire multiple rounds without reloading.

One may have a legitimate debate about whether some modern weapons or accessories, like silencers or large capacity bullet magazines, should be restricted or regulated. But for those who look to America’s past to extol a time when nothing stood between an American and a gun, they need to look again. In many respects, guns were much more strictly regulated decades or even centuries ago than they are today.