How Lafayette’s Arrival on the Hermione Made Yorktown Possible

Thomas Fleming, a former president of the Society of American Historians, is the author of more than forty books of fiction and history. He is a member of the board of directors of HNN. 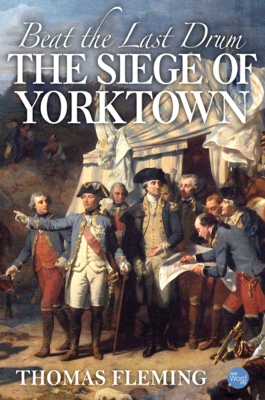 When Lafayette returned on the Hermione in April 1780 he brought sensational news from Paris. The French were sending a large army, commanded by one of their best generals, Comte de Rochambeau, and a fleet to help the Americans win the war. It was the first good news the Americans had received in the disastrous year 1780. They had suffered ruinous defeats in the South. The British had captured Charleston. The government of South Carolina as well as Georgia had collapsed and North Carolina was tottering. The dollars printed by the Continental Congress had become a worthless. Total bankruptcy was looming on the horizon.

Alas Lafayette’s glad tidings proved much exaggerated. Instead of the 10,000 men that he thought were coming, General Rochambeau brought only 5000 and half of these were so sickened by the long voyage they were next to useless. The escorting fleet was too small to attack the much larger British squadron in New York. Lafayette begged Rochambeau to take action. The Marquis – and General Washington – feared the Revolution was on the brink of collapse. But Rochambeau refused to act until he had more men and a bigger fleet under his command.

Meanwhile the British southern army led by Charles Lord Cornwallis, invaded Virginia and wreaked awful havoc. Governor Thomas Jefferson could not persuade more than a handful of the state’s 50,000 militia to turn out. Washington sent the Marquis de Lafayette and 1200 men in response to Jefferson’s frantic pleas. But Cornwallis had 7,000 men and a rueful Marquis was soon exclaiming that he did not have enough men to “get beaten decently.”

Lafayette was more than a little amazed when Cornwallis abruptly retreated to the little tobacco port of Yorktown, and began fortifying it. “It will look well in a gazette,” he told his second in command, General Anthony Wayne. They began claiming that the Americans had forced the British to abandon Virginia. In fact, Cornwallis was obeying orders from the jealous British commanding general, Sir Henry Clinton, in New York, who was infuriated at him for invading Virginia without orders. Clinton considered the state part of his military bailiwick.

Out of this tangle of antagonisms and desperate gambles emerged the most unlikely victory of the war. Although France ignored Lafayette’s pleas and declined to send General Rochambeau more men or ships, their Secretary of the Navy ordered Admiral de Grasse, the commander of their West Indies fleet, to aid the Americans if he saw an opportunity. When Rochambeau learned this, he wrote to the Admiral, urging him to come as soon as possible, bringing with him as many soldiers as he could borrow from the French West Indies, and money which was in increasingly short supply. Rochambeau described Cornwallis’s retreat to Yorktown, making it clear that the fleet would be crucial if they hoped to trap him there.

General Rochambeau then proposed a march to Virginia. Washington was skeptical. He doubted that Cornwallis would stay put in Yorktown. He worried that his unpaid soldiers might desert rather than march South in the heat of the summer. A loan from the French army’s treasury enabled Washington to give them a month’s salary, solving that problem.

Meanwhile, in Virginia, Lafayette was playing the espionage game. His spy was a young black slave named James, who had been given to him as a servant by a local plantation owner. James was intelligent and courageous. Pretending to be a runaway, he entered the British camp at Yorktown and soon discovered that Cornwallis and his army were planning to spend the winter there. This was vital news, which Lafayette rushed to Washington. It convinced him that a march to Virginia made sense.

So the great gamble began. Admiral de Grasse sailed north with his fleet, stopping to scoop up 3,000 soldiers from the French West Indies, and a great deal of money from bankers in Cuba. The admiral arrived first. Then came Washington and Rochambeau and their men to begin a siege. Perhaps the least known fact about Yorktown are the numbers. If we count the sailors in the French fleet, there were 29,000 Frenchmen at this climactic struggle – and 12,000 Americans.

The Marquis de Lafayette played a crucial role in the final attack. His Americans captured one key redoubt, while French troops captured another one. The allies soon had cannon in the two redoubts, enabling them to fire directly into the rest of the British defense line. Cornwalliis decided it was time to surrender.

As the British and German infantrymen marched out to lay down their guns, the Marquis de Lafayette had one more moment of personal pleasure, which he never forgot. He noticed as enemy troops marched past that they had their heads turned to the left, toward the French army. They were trying to pretend that the hated American rebels did not exist.

Lafayette snapped an order to his fifers and drummers. With a crash, they burst into Yankee Doodle. Every enemy head snapped to the right, and they gazed into the smiling faces of the men for whom the victory meant liberty and the pursuit of happiness. No one was smiling with more satisfaction than Lafayette.

In a few weeks, the news of Yorktown reached London, where Prime Minister Lord North added memorable final words: “Oh God,” he said, pacing up and down, “It’s all over. It’s all over.”