Corporate Welfare Fails to Deliver the Jobs: The Sad Case of Start-Up NY 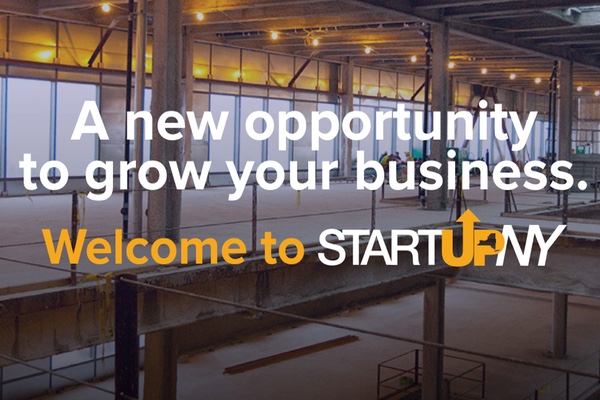 The idea of programs to provide public sector jobs for the unemployed reaches back deep into American history. To alleviate the unemployment accompanying the Panic of 1893, Coxey’s Army -- a popular protest campaign -- called for the creation of government jobs, and this demand was voiced increasingly during the early twentieth century. In the midst of the Great Depression, New Deal government officials developed programs to provide public employment for millions of Americans who had been thrown out of work. Under the Works Progress Administration, the federal government hired the unemployed to build hospitals, schools, museums, roads, city halls, bridges, and numerous other public facilities, as well as to work in theater and in the arts. As these jobs programs significantly reduced unemployment, stimulated the economy, and provided the nation with useful facilities and services, they were regarded by most Americans as a success. Accordingly, programs providing for employment in the public sector became a staple of government jobs policy over the ensuing decades -- for example, under the Comprehensive Employment and Training Act, signed into law by President Richard Nixon in 1973.

Nevertheless, in recent decades, there has been a growing departure from this public sector employment strategy. Increasingly, state and local governments have adopted a “trickle-down” approach to jobs -- one that entails showering private corporations with tax breaks and direct subsidies. This is based on the theory that government financial support for business fosters economic development and, therefore, job growth. But does it? New York State’s experience indicates that, when it comes to producing jobs, corporate welfare programs are a bad investment.

In May 2013, New York Governor Andrew Cuomo, with enormous fanfare, launched a campaign to establish Tax-Free NY -- a scheme providing tax-free status for ten years to companies that moved onto or near the state’s public college and university campuses. According to Cuomo, this would “supercharge” the state’s economy and bring job creation efforts to an unprecedented level. It was “a game-changing initiative,” the governor insisted, and -- despite criticism from educators, unions, and some conservatives -- local officials fell into line. Reluctant to oppose this widely-touted jobs creation measure, the state legislature established the program -- renamed Start-Up NY and including some private college campuses -- that June.

After that, Start-Up NY moved into high gear. A total of 356 tax-free zones were established at 62 New York colleges and universities, with numerous administrators hired to oversee the development of the new commercial programs on their campuses. New York State spent $47 million in 2014 -- and might have spent as much as $150 million over the years -- advertising Start-Up NY in all 50 states of the nation, with ads focused on the theme: “New York Open for Business.” Nancy Zimpher, the chancellor of the State University of New York, crowed: “Nowhere in the country do new businesses and entrepreneurs stand to benefit more by partnering with higher education than in New York State, thanks to the widespread success of Governor Cuomo’s Start-Up NY program. With interest and investment coming in from around the globe and new jobs being created in every region, Start-Up NY has provided a spark for our economy and for SUNY.” This was, she declared, a “transformative initiative.”

But how “transformative” has Start-Up NY been? According to the Empire State Development Corporation, the government entity that oversees more than 50 of the state’s economic development programs, during all of 2014 Start-Up NY generated a grand total of 76 jobs. Moreover, the vast majority of the 30 companies operating under the program had simply shifted their operations from one region of the state to another. The New York Times reported that, of the businesses up and running under Start-Up NY, just four came from out of state. Indeed, in some cases, the “new” businesses had not even crossed county lines. One company moved one mile to qualify for the tax-free program. Furthermore, when it came to business investment, there was a substantial gap between promises and implementation. As the Empire State Development Corporation noted, companies promised $91 million in investments over a five year period, but only invested $1.7 million of that in 2014. Thus, not surprisingly, during 2014 the companies operating under Start-Up NY created only 4 percent of the new jobs they had promised.

Actually, Start-Up NY’s dismal record is not much worse than that of New York’s other economic development programs. According to a December 2013 study by the Alliance for a Greater New York, the state spends approximately $7 billion every year on subsidies to businesses, including “tax exemptions, tax credits, grants, tax-exempt bonds, and discounted land to corporations, ostensibly in the name of job creation, economic growth, and improved quality of life for all New Yorkers.” But 33 percent of spending by the state’s Industrial Development Agencies resulted in no job promises, no job creation, or a loss of jobs. In fact, “with little accountability, businesses often take the money and run.”

A recent report by state comptroller Thomas DiNapoli reached similar conclusions. According to DiNapoli, in 2014 the programs overseen by the Empire State Development Corporation cost the state $1.3 billion (not including the voluminous tax breaks granted to companies) and helped create or retain only 14,779 jobs -- at a cost to taxpayers of $87,962 per job. The comptroller’s scathing report concluded that there was no attempt by the state agency to ascertain whether its programs “have succeeded or failed at creating good jobs for New Yorkers or whether its investments are reasonable.”

Of course, instead of shoveling billions of dollars into the coffers of private, profit-making companies, New York could invest its public resources in worthwhile ventures that generate large numbers of jobs -- for example, in public education. In 2011, as a consequence of severe cutbacks in state funding of New York’s public schools and a new state law that capped local property tax growth -- two measures demanded by Governor Cuomo -- 7,000 teachers were laid off and another 4,000 teacher positions went unfilled. Overall, 80 percent of school districts reported cutting teaching positions. Today, with New York’s schools severely underfunded -- more than half of them receiving less state aid now than they did in 2008-2009 -- this pattern of eliminating teachers and closing down educational opportunities for children has continued. But what if the billions of dollars squandered on subsidizing private businesses in the forlorn hope that they will hire workers were spent, instead, on putting thousands of teachers back to work? Wouldn’t this policy also create a better educated workforce that would be more likely to secure employment? And wouldn’t this shift in investment have the added advantage of creating a more knowledgeable public, better able to understand the world and partake in the full richness of civilization?

It’s a shame that many state and local government officials have such a limited, business-oriented mentality that they cannot imagine an alternative to corporate welfare.