Ahron Bregman is the author of Cursed Victory: Israel and the Occupied Territories, A History, now available from Pegasus Books. 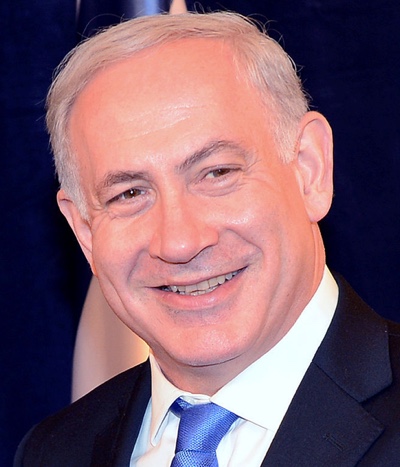 A new government is installed in Jerusalem and it is led by the right-wing Likud Prime Minister Benjamin Netanyahu. Traditionally, right-wing Israeli prime ministers attempt to bring into their coalition left-wing parties, as this helps put a more moderate face —or, at the very least, provides a fig leaf — on right-wing policies particularly regarding the occupied territories. 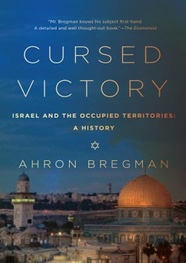 This time, however, for various reasons, things are different and the coalition is made of purely right-wing — and often religious — parties. Because of this, I believe that the international community will give the new Netanyahu government the cold shoulder and that the road ahead, particularly with regard to the Netanyahu government’s attitude towards the Palestinians, will be bumpy.

As a left-wing-liberal former Israeli now living in the UK, I’m appalled by the ways Israel conducts itself in the Palestinian occupied territories, but I’m satisfied with a right-wing government in Israel, preferring it over either a left-wing or a mixed left -and right-wing coalition. This might seem odd, but I believe that only a right-wing government could possibly make the concessions that would allow a Palestinian state to emerge. These concessions would require Israel to withdraw from more than 90 percent of the West Bank, evacuate Jewish settlements, share Jerusalem with Palestine, and even allow some Palestinian refugees to return to Israel proper. No left-wing Israeli government will ever be able to compromise on such matters, as it will be blocked by the aggressive Israeli right. Therefore – and ironically – the only way to have a two-state solution of Palestine and Israel living side by side is by having the likes of Netanyahu, surrounded by right-wing parties, in power; the Left will always support their concessions.

But will Netanyahu’s new government of the right make the necessary concessions which could enable a Palestinian state to emerge on the West Bank and the Gaza Strip? Not if it is not forced to do so. For many in Israel, the concessions I mentioned above are heart-wrenching. Regardless of political affiliation, it is difficult to imagine Israel giving up so much at a time when the Palestinians have nothing to offer in return, except, perhaps, promises to do certain things in the future which many in Israel do not trust anyway.

The Israelis, however, have no other choice but to separate from the Palestinian occupied territories for the simple reason that this is their only way to preserve Israel as Jewish and democratic. One reason for that is that in the not-too-far future, there will be more non-Jews than Jews occupying the space between the Mediterranean Sea and the River Jordan. If Israel fails to separate from the Palestinians, it will then have to choose between two difficult options: Either to let the non-Jewish communities (mainly Muslim Palestinians, 1.2 million of whom live inside Israel proper) to vote in general elections in which case there will be a non-Jewish government in Israel, or else not to allow the non-Jewish communities to vote in general elections, in which case Israel will become a modern South Africa.

So what could make the current Israeli government move? The answer is simple: Pressure. If the nations of the world, which act in international organizations such as the UN, make it clear to Netanyahu & Co. that their occupation must end and that they can’t build more settlements on the occupied lands, Israel will have no choice. While it should not, in my opinion, include boycotts on Israel proper, international pressure must – if we want the Israelis to compromise – include boycotts on services and products emanating from the occupied territories.

The other source of pressure on Israel must come from the Palestinians themselves, who have to understand that states are not given on a silver platter; if they wish to have their independent Palestine, then they must take action and confront the occupation head-on. Their actions, however, must not be violent — no use of suicide bombers to blow up innocent Israelis in restaurants and buses, for instance; this has been done in the past and is counter-productive and harms their cause. Instead, a powerful source of pressure in today’s modern age is the use of fast-moving social media to mobilize people. One can only imagine the media coverage that would ensue if, for instance, one million Palestinians were to pour out into the streets of the West Bank carrying flowers. It would be instantly shown all over the world and would be, in my opinion, much more effective than physical attacks.

But even as pressure is put on Israel as the strong party holding almost all the cards, the Palestinians must not be forgotten. They must also compromise on certain issues — notably on their unrealistic demand to allow refuges, now numbering more than five million, to have the right to return to Israel proper.

With his tenure in office coming to a close, now is the time for Barack Obama, the leader of the most effective remaining superpower, to take the lead and apply the necessary pressure to the situation. The US can’t stand idly by as the Israeli occupation, one of the most brutal in modern history, continues.