Rick Noack writes about foreign affairs. He is an Arthur F. Burns Fellow at The Washington Post. 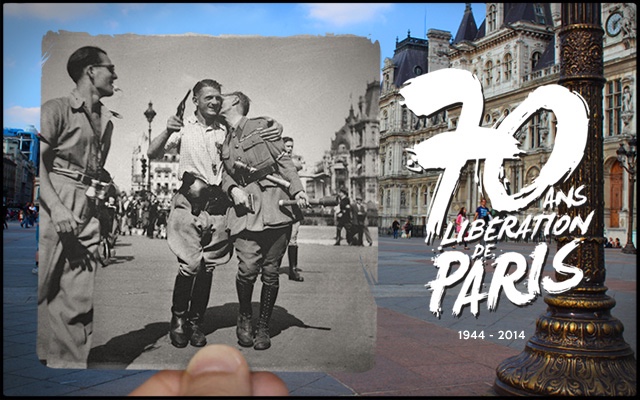 Seventy years ago this month, the Allied forces defeated the Nazis. How have things changed since then?

Parisian-based artist Julien Knez spent two months trying to answer that question. After assembling a number of historic images of the liberation of the French capital, he tried to find the places and angles from where the photos were taken.

"It was very intense to imagine the fights in the streets I know as a Parisian," Knez wrote in an e-mail. He allowed WorldViews to republish some of his collages. You can go to his blog Golem13 to view more photos. ...