Fighting on the Battlefield of Memory: Lessons from the Vietnam War 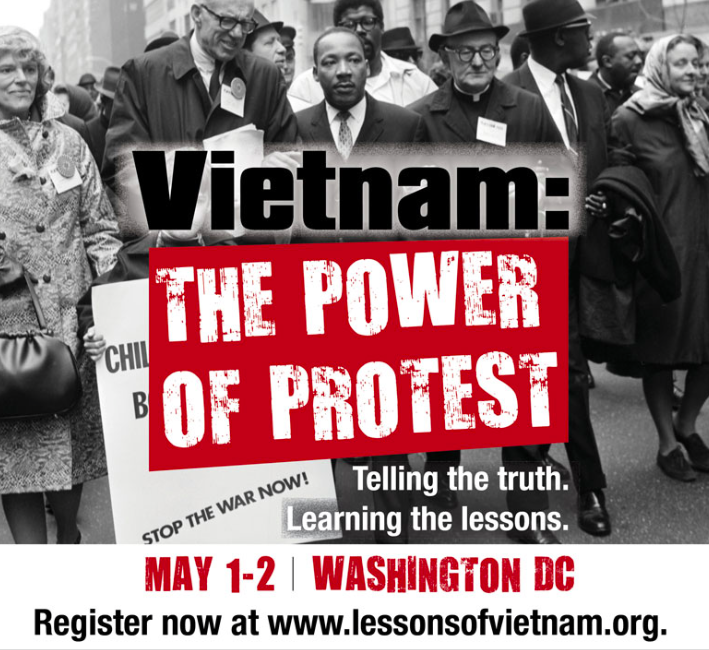 As we reflect upon the war in Vietnam and the vast popular struggle against it, we remember the lessons listed below. We invite others to recall and add lessons of their own utilizing the comment function below.

1.      The Vietnam peace movement must be remembered as having shaken our country to its foundations and for defending democracy against secrecy and bureaucratic tyranny. There are many in power today who want us to forget that the peace movement even existed. They are the same people who want us to forget that America lost the war, and who are urging more military involvement and war today.

2.      The paradigm of the Cold War was wrong: Vietnam was not an arm of the Soviet Union, China and the ‘international communist conspiracy.’  It was a communist-led nationalist revolutionary movement with deep popular roots. The same error is made today when the generals and media speak of stopping ‘international terrorism.’ The violence in Iraq and other countries springs at first from local and national grievances against corrupt oligarchs, many of whom are supported by the US and multinational corporations. US intervention cannot prevent these insurgencies and may even add fuel to their flames.

3.      The claim that the American economy could afford both ‘guns and butter’ was false. The Vietnam War distorted the US economy and led to recession and stagflation. America's continuing wars and militarism are unaffordable and siphon funds away from urgent domestic priorities. More military spending means increasing budget deficits and slashing domestic programs for health care, education, and environmental restoration.

4.      The Vietnam War was based on deception –from the Tonkin Gulf "incident" to claims of light at the end of the tunnel. Similar lies—"weapons of mass destruction" and Al-Qaida connections—led to war in Iraq. Fear mongering and distortion are used to justify unnecessary interventions and to coerce Congress and the public into open-ended war authorizations. ...