The North Won. This Wasn’t Inevitable.

Joseph Wheelan is the author of eight books, including the highly-acclaimed “Terrible Swift Sword” and “Jefferson's War.” Before turning to writing books full time, Wheelan was a reporter and editor for The Associated Press for twenty-four years, where he also wrote about the Korean War. His latest book is “Their Last Full Measure: The Final Days of the Civil War” (2015). 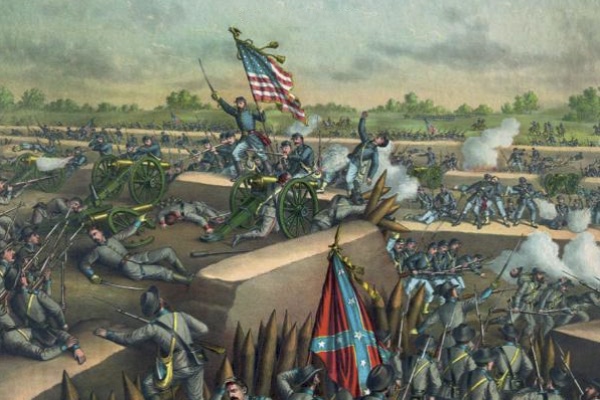 From a distance of 150 years, the Union victory in the Civil War may appear to have been inevitable, and the South’s attempt to achieve sovereignty doomed from the start. 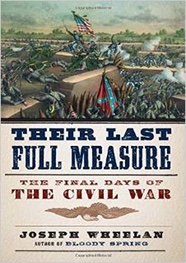 This story line has much to recommend it. The North enjoyed tremendous advantages at the war’s outset: in industrial capacity, in shipping and transportation, and, manifestly, in manpower — its free population was three times larger than the South’s. As the war progressed, the gap between Northern and Southern capacities only grew.

Nonetheless, the narrative of a foreordained Union victory is misleading. Until just seven months before Robert E. Lee’s surrender at Appomattox Court House, the issue was very much in doubt. The Confederacy’s hopes of achieving sovereign nationhood remained alive until September 1864.

Momentous though it was, the Union victory at Gettysburg in July 1863 did not seal the Confederacy’s fate. Two months later at Chickamauga, Confederate forces — Braxton Bragg’s Army of Tennessee and James Longstreet’s First Corps, borrowed from Lee’s Army of Northern Virginia —defeated William Rosecrans’s Union army and besieged the Yankees at Chattanooga.

Rosecrans’s replacement, Ulysses Grant, mounted aggressive counterattacks that broke the siege and resulted in victories at Missionary Ridge and Lookout Mountain in November. In March 1864, President Abraham Lincoln, still searching for a general to win the war with, named Grant general-in-chief of all Union armies.

Under Grant, the Army of the Potomac’s May-June 1864 Overland Campaign drove Lee 100 miles southward through Virginia, from the Rapidan River to the gates of Petersburg. But while the campaign forced Lee to go permanently on the defensive, none of its three horrific battles — the Wilderness, Spotsylvania Court House, and Cold Harbor — was decisive.

Outside Petersburg, a grinding siege began in June 1864 that would last nine months. July was marked by the failure of the brilliantly conceived and disastrously executed Union attack at the Crater, and the appearance outside Washington of Confederate General Jubal Early’s ragged army, throwing the capital into a panic.

The Confederacy’s military and civilian leaders understood that Lincoln’s re-election defeat in November would be their last, best hope of emerging from the war as a sovereign nation, with slavery intact.

Lincoln was painfully aware that he needed a major battlefield victory to demonstrate that his policies were working and that he deserved a second term. But many Northerners, alarmed by the shockingly high casualties of Grant’s campaign and with no immediate prospect of victory, wanted the bloodletting to end, even if it meant letting the South go its separate way.

Without a military victory, he would lose the election, Lincoln believed. Then, everything that he had worked for — emancipation, restoration of the Union — would unravel in a dismal negotiated peace that would leave the Confederacy intact.

In August, Lincoln glumly informed a visitor, “I am going to be beaten, and unless some great change takes place badly beaten.” On August 23, he wrote a memorandum premised on his defeat; at his request, his Cabinet signed it without reading it, and it was sealed. In this remarkable document, Lincoln pledged to cooperate with his successor, and to continue striving to preserve the Union until the new president’s inauguration, “as he will have secured his election on such ground that he can not possible save it afterwards.”

The Northern political parties in 1864 were fragmented into war and peace factions; Lincoln’s National Union Party was no exception. Believing that Lincoln would lose if he did not extend an olive branch to the South, it initially urged him to propose restoring the South to the Union without requiring it to abolish slavery. However, Lincoln refused to jettison emancipation. More than 100,000 blacks had already displayed their willingness to die for the Union by enlisting in the army.

So the party chose to double down on Lincoln’s tough-minded policies with a platform demanding the South’s unconditional surrender and pledging a constitutional amendment abolishing slavery.

Hoping to capitalize on the public’s frustration with the war, Democrats adopted a “peace at any cost” platform and nominated 37-year-old George McClellan, Lincoln’s former senior general in the East. A war hawk, McClellan accepted the nomination while rejecting the peace platform. Democrats pressed on anyway, confident that McClellan’s name recognition, coupled with the anti-war views of his running mate, Ohio Congressman George Pendleton, would swing the election.

As September began, it appeared that Lincoln’s gloomy prediction would be realized: his defeat, and a negotiated peace preserving Southern slavery and the Confederacy.

Without Sherman’s and Sheridan’s victories, Lincoln probably would not have been re-elected November 8 — and by a half-million-vote margin out of four million cast, winning the electoral college vote 212-21. Had McClellan won, peace Democrats and McClellan’s vice president would have pushed him hard to open peace negotiations. The Confederacy might have survived as a separate nation.

Interestingly, the soldiers doing the fighting voted overwhelmingly for their commander-in-chief. In 1862, McClellan had been enormously popular with the troops, but at the polls in 1864, seventy-eight percent of them voted for Lincoln, who was also supported by 53 percent of civilian voters.

Lincoln’s victory extinguished the Confederacy’s best chance for a negotiated settlement that would have preserved its sovereignty. With Lincoln still in the White House, the war would go on. The South’s shocking poverty of men and resources, pitted against the North’s abundance, would lead to a resolution that perceptive men North and South now clearly foresaw.

Until Lincoln’s reelection in November 1864, Union victory was never inevitable.