by Mark Powell and Jonathan Gifford

Dr. Mark Powell is a freelance strategy consultant and an Associate Fellow of Oxford SAID Business School, where he specializes in designing and directing senior executive leadership programs. Mark also lectures on a range of subjects including strategy development, leadership, power and influence and strategic relationship building. He is a former partner at global strategy consultancy, A. T. Kearney. Jonathan Gifford is a business author whose books include "History Lessons: What business and management can learn from the great leaders of history;" "Blindsided: How business and society are shaped by our irrational and unpredictable behavior;" "100 Great Leadership Ideas and 100 Great Business Leaders." His books have been translated into Chinese, Korean, Thai and Indonesian. Jonathan’s previous career was in newspapers and magazines; he was the launch publisher of BBC History Magazine. 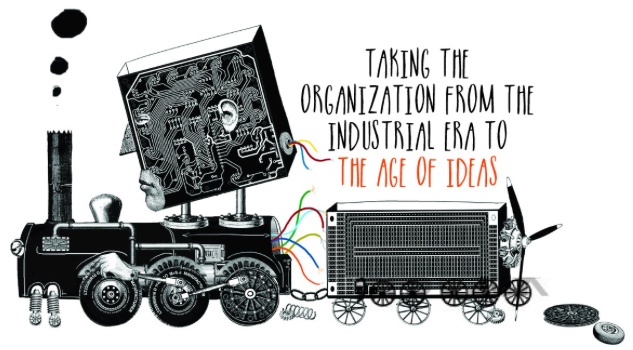 In the early 1900s, the US was swept up with a drive for improved ‘efficiency’ in every field of endeavor; a drive that was sufficiently significant to earn its own title, the Efficiency Movement. This movement is seen today as a part of the wider Progressive Era – the early twentieth-century drive to clean up corruption in politics, break up industrial monopolies and generally to allow the cleansing waters of modernism to flow through the mucky stables of late nineteenth-century American civic life. 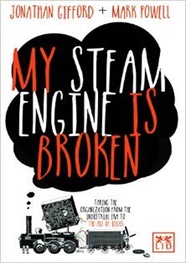 Unfortunately, some aspects of the Efficiency Movement – particularly Frederick Winslow Taylor’s ideas about Scientific Management, often referred to as Taylorism – are still lodged in the modern corporation’s subconscious. These industrial-era, managerial behaviors are still affecting corporate behavior today – in ways that are entirely inappropriate to the knowledge economy.

The last decades of the nineteenth century have been known as the Gilded Age since Mark Twain and Charles Dudley Warner published A Gilded Age: A Tale Of Today in 1873. The word gilded was meant to imply that the era’s outward show of prosperity and opulence hid a great deal of poverty and squalor. This was an epoch in which great corporations were founded and great fortunes were made. Cornelius Vanderbilt (who died in 1877) had progressed from sailing a ferryboat in Upper New York Bay to founding a mighty steamship empire, before moving with great prescience into the new railway business and becoming one of the richest Americans of all time. By 1880, John D. Rockefeller had effectively monopolized the US oil industry, refining 90% of the country’s oil at a time when the US was the only oil producer in the world. When the steel magnate, Andrew Carnegie, sold Carnegie Steel to the Wall Street banker, J.P. Morgan, in 1901, as Morgan set about consolidating the US steel industry, Carnegie’s share of the $480 million sale price was $225 million – something like $6 billion at present values. J. P. Morgan had previously arranged the merger, in 1892, of the great inventor Thomas Edison’s Edison General Electric Company with the Thomson-Houston Electric Company, to form General Electric.

‘From Barbarism to Decadence without the Usual Interval of Civilization’

The core infrastructure of modern America, and the foundation of its future wealth creation, was built in a few decades during this Second Industrial Revolution, a period generally taken to run from the mid-1880s to the outbreak of the First World War – by which time the internal combustion engine had been developed and Henry Ford and others were also beginning to introduce the automobile to the modern world. It was a time of great technological advances, rapid industrialization and disturbing social upheaval: as the mega-rich of the day lived lives of ostentatious splendor, rural Americans and immigrants flooded into rapidly growing and heavily polluted cities, creating conditions depressingly reminiscent of the overcrowded new townships that sprung up around the first manufactories in Britain during the first Industrial Revolution, one hundred years earlier. Political corruption in late nineteenth-century, Gilded Age America was rife.

A visiting French Prime Minister, George Clemenceau, is said to have commented at the time that America seemed to be only country in history to have gone from barbarism to decadence without the usual interval of civilization. Little wonder, then, that the early twentieth century was a period of reform, a Progressive Era in which politics and industry set out to clean up their act.

The Birth of Taylorism

Frederick Winslow Taylor, founder of Scientific Management and prime mover of the Efficiency Movement, quoted President Theodore Roosevelt in the introduction to his 1911 paper, The Principles of Scientific Management. ‘President Roosevelt in his [1908] address to the Governors at the White House,’ wrote Taylor, ‘prophetically remarked, "The conservation of our national resources is only preliminary to the larger question of national efficiency." ’

The need to conserve resources and raw materials was only one part of the picture, Taylor argued; what was needed also was to prevent the ‘larger wastes of human effort, which go on every day through such of our acts as are blundering, ill-directed, or inefficient.’

Taylor’s beguilingly modern, scientific approach was to analyze industrial tasks in great detail in order to discern the most efficient, one best way of carrying out that task. Workers who were capable of working at the newly discovered peak rate of efficiency should be selected, trained and individually rewarded. The appeal of Scientific Management in the Progressive Era was clear: here was a modern, scientifically-based approach that would drive greater productivity and do away with the old haphazard, undisciplined, inefficient nineteenth-century ways of working.

Unfortunately, Taylor’s whole philosophy was based on the notion that workers were incapable of discerning the science of the most efficient way of carrying out their task. He was very blunt about this, arguing that some kinds of worker were ‘too stupid’ to understand the science needed to analyze their own work. Even where some more skilled workers were capable of analyzing their own tasks, he argued, this would not be the best use of their time. A new breed of managers and planners was needed to analyze tasks into their component parts and devise the one best way of carrying out the task. Managers would take on what Taylor referred to as ‘the burden’ of analyzing and planning the workers’ tasks, freeing them up to carry out their tasks as efficiently as possible.

In an ideal world, wrote Taylor, ‘the work of every workman is fully planned out by the management at least one day in advance, and each man receives in most cases complete written instructions, describing in detail the task which he is to accomplish, as well as the means to be used in doing the work.’ Sadly, notes Taylor, ‘Human nature is such, however, that many of the workmen, if left to themselves, would pay but little attention to their written instructions.’ Hence the need for constant and detailed supervision of the workforce.

Workers, under Taylorism, had been reduced to pre-programmed automatons, mindlessly following the instructions of a supposedly superior managerial class.

Does that sound at all familiar?

The authors of this article have recently published a new book, My Steam Engine is Broken: Taking the Organization from the Industrial Era to the Age of Ideas. The book argues that Taylor’s view of the organization, where workers work and managers do all of the thinking and planning, has proved stubbornly persistent. It has resulted in a large number of unexamined industrial-era behaviors that are entirely unsuited to the knowledge economy. The book identifies a number of sadly all too familiar industrial-era behaviors to do with organizational approaches to control, measurement and – yes – efficiency, but also to do with how organizations communicate with their members, how leadership is perceived and practiced and even how the workplace is designed and what its main function is thought to be.

The good news, we argue, is that by identifying these outmoded behaviors and addressing them, little by little and piece by piece, organizations can achieve radical transformation via an aggregation of marginal gains, without the trauma and risk associated with sudden, wholesale change.

This has to be attempted. In fact, we must be successful in this transformation of our organizations. Otherwise, we will continue to wonder why the modern workforce is unhappy, stressed and disengaged, and we will continue to squander the energy and creativity that people bring to work with them every day only to be actively prevented from deploying these great assets by a system of corporate management that has its roots in the early twentieth century.

Modern nations need ideas and human energy. These are out plentifully available, as they always have been, but we have to find ways of tapping into them. If we fail, we are in danger of entering another Gilded Age, an age of surface glitter, where a few great men and women make huge advances and reap the rewards of their efforts, but large proportions of the population are prevented from contributing to the overall success and wealth of the nation. We are in danger of losing our competitive edge, as we rely on the ideas and the energy of a few, while denying the majority the kind of working environment and organizational culture that can release their own innovatory skills, self-motivation and entrepreneurial instincts.

Every nation needs its great men and women – its Vanderbilts, Carnegies, Rockefellers and Morgans; its Edisons and its Fords – but, in successful nations, the achievements of the few are fueled by the ideas and energy of the many. One clear part of the solution is to do away, finally, with the pernicious persistence of Taylorism in the workplace and to create a new enabling and empowering working environment fit for the Age of Ideas.