Why Learning from History Means Saying No to Rigid Ideologies 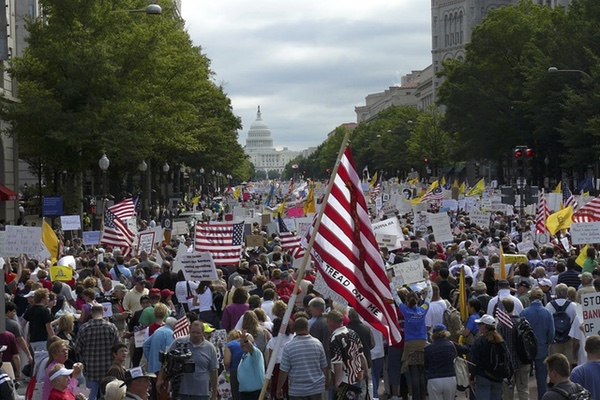 In a recent op ed in The New York Times John Burns reflected on his long career as a war and foreign correspondent in such places as the Soviet Union, China, apartheid-era South Africa, Bosnia-Herzegovina, Afghanistan, and Iraq. “What those years bred in me,” he wrote, “was an abiding revulsion for ideology, in all its guises.” But his revulsion is not limited to the non-Western ideologies but also to Western “ ‘isms’ of left and right . . . that excuse, and indeed smother, free thinking.”

From time to time since the end of World War II and then the death of Stalin in 1953, political observers have written of “the end of ideology.” In the early 1960s Daniel Bell used that phrase to title a book in which he wrote that ideology, “with good reason, is an irretrievably fallen word.” In 1989, as the Cold War was ending, Francis Fukuyama’s essay “The End of History?” stated that the world might be witnessing “the end point of mankind's ideological evolution and the universalization of Western liberal democracy as the final form of human government.” But ideology is far from dead. As Mark Twain once said about his reported death, such talk is “an exaggeration.”

In a 2013 sermon Pope Francis warned Christians against making their religion into an ideology: “Ideology does not beckon [people]. In ideologies there is not Jesus: in his tenderness, his love, his meekness. And ideologies are rigid, always. . . . And when a Christian becomes a disciple of the ideology, he has lost the faith. . . . But it is a serious illness, this of ideological Christians. . . . His attitude is: be rigid, moralistic, ethical, but without kindness.” He urged Christians “to remain humble, and so not to become closed.”

Both John Burns and Pope Francis are not criticizing all isms, for example all liberalism or conservatism or the broad definition of ideology as given by the Oxford Dictionaries—“a system of ideas and ideals, especially one that forms the basis of economic or political theory and policy”—but rather they are taking aim at what the term often implies. And that is close-mindedness and rigidity.

Throughout history religious believers have sometimes become like latter day ideologues in their dogmatic rigidity, in their insistence on possessing “the truth,” in their lack of humility, and in their willingness to even kill those who think differently. In late sixteenth-century France, for example, Catholics and Protestants slaughtered each other in large numbers. John M. Owen IV has recently written in Foreign Affairs that back then Calvinism, Lutheranism, and Catholicism, like political Islam or Islamism today, were political ideologies “as much as a set of religious doctrines.” But the term “ideology” first appeared in its French form (idéologie) during the French Revolution, and various ideologies (like Marxism) became prominent during the few centuries that followed. These ideologies were more modern secular developments primarily concerned with the socio-political realm and not the supernatural or interpretations of God’s will.

During the twentieth century the number of lives lost at least partly because of ideologies like nationalism, communism, and nazism is incalculable, but certainly over 100 million—the most detailed study of communist atrocities, The Black Book of Communism, estimates that communism alone was responsible for 85-100 million deaths during the 20th century.

At present the members of the Islamic State in Syria and Iraq (ISIS or ISIL) are the most gruesome ideological killers. In remarks of February 2015, President Obama spoke of “the warped ideologies espoused by terrorists like al Qaeda and ISIL, especially their attempt to use Islam to justify their violence.” He added that “these terrorists are desperate for legitimacy.  And all of us have a responsibility to refute the notion that groups like ISIL somehow represent Islam, because that is a falsehood that embraces the terrorist narrative.” ISIL has done what Pope Francis warned Christians not to do—confused religion and ideology.

This confusion, however, should not lead us to deny that ISIL’s ideology is heavily influenced by its interpretation of Islam and of Muhammad’s teachings even though the great majority of Muslims reject such a rendering of their beliefs. In a recent cover story in The Atlantic, Graeme Wood referred to ISIL’s doctrines as a “religious ideology” (see also here for some reactions to his essay). He quotes its leader, Abu Bakr al-Baghdadi, as proclaiming the necessity of reviving a Muslim caliphate, similar in its powers to those that ruled great chunks of territory following the death of Muhammad. An ISIL spokesman also urged Muslims in Western countries “to find an infidel and ‘smash his head with a rock,’ poison him, run him over with a car, or ‘destroy his crops.’ What Pope Francis said of ideological Christianity—“it is as serious illness”—applies even more to ISIL’s rendering of Islam.

Another harmful emphasis on ideology, but with much less blood-shedding consequences, has been the growth of a rigid U.S. political conservativism. In the early 1990s, Russell Kirk, sometimes labeled “the Father of American Traditionalist Conservatism,” denounced ideology and ideologues in essays such as “The Errors of Ideology”: “Ideology makes political compromise impossible: the ideologue will accept no deviation from the Absolute Truth of his secular revelation. . . . Ideologues vie one with another in fancied fidelity to their Absolute Truth; and they are quick to denounce deviationists or defectors from their party orthodoxy. . . .The evidence of ideological ruin lies all about us. How then can it be that the allurements of ideology retain great power in much of the world?”

Kirk was critical of those who call “themselves conservative, [but] who have no notion of prudence, temperance, compromise, the traditions of civility, or cultural patrimony.” The publicist lamented that the conservative movement had spawned “a new generation of rigid ideologists.”

More recently (in October 2013) Stephen Bainbridge, a self-proclaimed “unreformed Kirkian” reflected on both the words of Kirk and of Pope Francis and wrote: “In recent years, however, a false brand of conservatism— closely linked, but not limited to the Christian Right—has embraced both political and religious ideologies. This is especially true of the so-called tea party.” He pointed out that “these new pseudo-conservative ideologues reject compromise out of hand. And, of course, they drum anyone who dares deviate in any way from the prescribed path out of the conservative movement. Precisely the characteristics Kirk identified as the attributes of ideological partisans.” Just three days before his essay was posted, I had arrived at a similar conclusion.

Just a few weeks after both essays appeared, the Pew Research Center posted a survey that indicated that only 9 percent of tea party Republicans believed that human-caused global warming was occurring. This contrasts with some 97 percent of the world’s climate scientists who hold this belief. What but ideological blinders could lead to such a shunning of scientific consensus?

Although global warming denial may seem much less horrendous than the murderous acts of ISIL, who can say how much suffering and loss of lives may eventually occur if such denial continues to impede constructive actions to address the most dire consequences of such warming?

Rejecting rigid ideologies does not, however, necessitate rejecting all isms or embracing an unprincipled opportunism. We can, for example, prefer conservatism or liberalism in our approach to politics, as long as we let our individual values and judgments and not some party platform (see, e.g., here for that of the tea party) determine our political decisions.

Political wisdom requires a proper mix of idealism and realism and other virtues or values such as the love, kindness, and humility mentioned by Pope Francis, as well as compassion, empathy, tolerance, a sense of humor, creativity, temperance, self-discipline, passion, courage, and prudence. The trick is finding the proper combination of such values to apply to any concrete, unique political situation in order to further the common good.

Political philosopher Isaiah Berlin had it right when he rejected any ideology that failed to acknowledge the plurality and variety of human existence. As he wrote in his essay “Political Judgment”: “Obviously what matters is to understand a particular situation in its full uniqueness, the particular men and events and dangers, the particular hopes and fears which are actively at work in a particular place at a particular time.” The problem with rigid ideologies is that they distort our view of reality. Moreover, as Burns and Pope Francis have indicated, they smother independent thinking, and value too little such virtues as love, humility, and kindness.