Gerald Posner is a bestselling author whose latest book is "God's Bankers: A History of Money and Power at the Vatican." 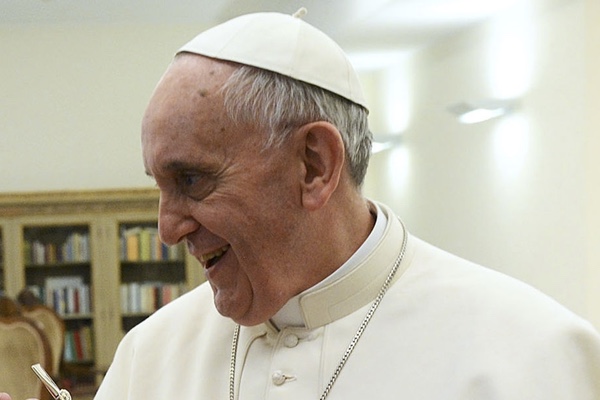 Pope Francis, who has worked hard to carve out a reputation as a reformer, is facing one of his most daunting challenges when it comes to the Catholic Church's finances, particularly the Vatican Bank. Since World War II — when the bank was created as the equivalent of the Federal Reserve combined with a commercial bank — it has operated with few checks and balances. Over the decades, it has become embroiled in seemingly endless scandals that include questions about wartime profiteering with Nazis, gigantic business schemes and political slush funds. 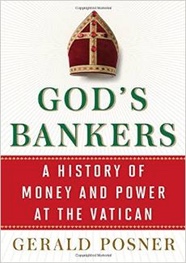 The Vatican did not even have a law against money laundering until 2011. Some previous popes — including Paul VI in the 1960s and John Paul II in the 1980s — had promised upon their election to tame the church's unruly finances. But they were inevitably defeated by entrenched powers inside Vatican City who pretended to embrace reforms while working surreptitiously to maintain the bank's outlier status. The issue facing the church is whether Francis, riding a remarkable wave of international popularity and goodwill, can accomplish what frustrated his predecessors.

Since becoming pope in 2013, Francis has energetically tried to remake the bank into a transparent and accountable institution through decrees, key appointments and an overall reorganization. By tapping outsiders for important management and enforcement roles at the Vatican Bank, he has started to loosen the grip of old-guard clerics, mostly Italian, who have long wielded the city-state's money power. And Francis' appointment of a respected cardinal, George Pell of Australia, to oversee a new uber financial department, has received a mostly positive reception from Vatican watchers.

But has Francis done enough? Will the Vatican Bank move forward as a compliant member of the international financial community, or will it remain the equivalent of an offshore bank in the heart of Rome? It is too early to tell, in part because no one is certain how long Francis will be pope.

He is 78, so in the cutthroat world of Vatican backdoor politics some of his opponents are already jostling to prepare for a post-Francis papacy. A few had tried to derail his election by spreading rumors that he was physically too weak to be pope (as a teenager he had lost one lung to an infection). Other insiders did not like that Francis had never worked inside the Vatican. Others wanted an Italian as pope after 35 years under Polish and German pontiffs. Those same powers — some cardinals and other ranking clerics inside the Curia, the Vatican's bureaucracy — are still in place. And they are quietly bristling at Francis' reform efforts, considering them a misguided abridgment of the Vatican's sovereign rights.

There is little doubt that if Francis' tenure is not long, those who want to roll back the clock on money reforms will have a chance at doing so. This means that with the clock running, Francis needs to take bold steps that cannot be undone, even by a regressive future pope.

One key move Francis could make is to approve the release of the Vatican's Holocaust-era files in its secret archives. They probably contain not only answers to how early the Vatican knew about the Nazis' mass murder of innocents, but also crucially important documents from the Vatican Bank, founded in June 1942. My research reveals that the bank hid behind mostly cloaked investments in Italian insurers to reap profits in Nazi-occupied countries. Some profits might have come from the theft of life insurance proceeds from Jewish policyholders who died in Nazi death camps.

But the answers regarding the precise role the bank might have played with the German and Italian fascists remain off limits. As recently as 2013, the Vatican denied my request for access to those files.

In 2010, when Francis was the cardinal of Buenos Aires, an author asked him about those sealed documents. "What you said about opening the archives relating to the Shoah [Holocaust] seems perfect to me. They should open them and clarify everything. The objective has to be the truth," the future pontiff said.

Since Francis was so unequivocal before he became pope, there was high hope that he would quickly release the documents to independent historians for review. Despite pleas from Jewish groups and leaders during his visit to Jerusalem in May, he did nothing.

It is time for Francis to free the files. It would burnish his reformer pedigree. And it is an act that could not be reversed. In so doing, Francis would send the unequivocal message that his insistence on transparency is not simply a buzzword but a theme he insists on applying to the finances of the church, both in its past and going forward. He would cement his reputation as the tough new sheriff in town.

When it comes to the Vatican Bank, a dose of law and order seems long overdue.