America and the Armenian Genocide 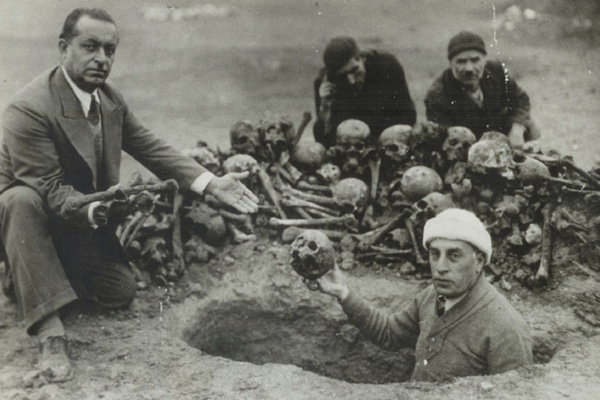 April 24, 2015 marks the one hundredth anniversary of the Armenian Genocide, the first genocide of the twentieth century, and a horrific event that still has repercussions for American foreign policy today. Like the other genocides that would follow in the decades to come, the United States would not muster the will to intervene in what American Ambassador Henry Morgenthau called “a death warrant to a whole race.”

By 1908, a new political “triumvirate” of military officers had seized power in Turkey. Known as “the sick old man of Europe,” the Ottoman Empire was crumbling. It had lost its territory in the Balkans, and was no longer seen as a world power. The new leadership promised to modernize and “Turkify” the empire. When the Great War broke out, the Ottomans feared a Russian invasion. After the Turks lost the battle of Sarikamish in 1915, the Turkish government blamed the Armenians. On April 24, the Turkish government ordered the execution of Armenian leaders and intellectuals. They were rounded up and then executed. By July 13, Turkish leaders handed down another order: “every Armenian without exception, must go.” Across the empire, Armenians were rounded up, asphyxiated, marched into the desert to die, drowned, or shot. Women were kidnapped, raped, sold into slavery, or killed.

Cries for help made their way from the clergy in the region to the American Ambassador in Constantinople, Henry Morgenthau. Morgenthau raised the alarm in the states, and called for immediate aid. In 1915, the New York Times published 145 articles on Armenia. They used the words “deliberate,” “authorized,” “systematic,” and “extermination.” President Wilson assured Americans that the “United States is doing everything that is diplomatically possible to check the terrible business.” He even set aside a weekend in October for “Syrian and Armenian Relief Days,” where he hoped Americans would give charitably. These efforts were feeble at best, and still, no military aid came. By 1923, 1.5 million Armenians, or two-thirds of the population, were dead.

The reality was that Wilson wanted to maintain neutrality as long as possible. Unwilling to intervene, he turned America’s attention back to the German menace. In a speech to Congress, Wilson declared that Turkey and Bulgaria “are mere tools and do not stand in direct path of our necessary action. We shall go wherever the necessities of this war carry us, but it seems to me that we should go only where immediate and practical considerations lead us and not heed any others.”

America’s failure to intervene would be neither its first nor its last. Even in 2015, President Obama refuses to call atrocities in Armenia genocide because Turkey has threatened to cut off diplomatic ties with America if he does. In the eyes of Turkish leaders, the deaths were the suppression of a subversive nationalist movement. As in 1915, the American government still struggles to balance moral leadership with political pragmatism.