This Is What Else Harold Stassen Should Be Remembered for

Steve Werle is the author of Stassen Again (2015). 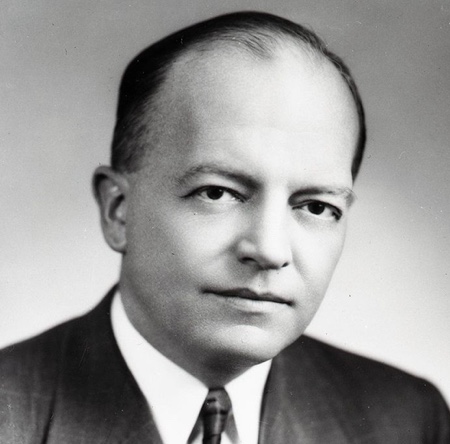 So it appears yet again that an American presidential race has begun in earnest nearly nineteen months before the general election. If you find yourself lamenting the year-and-a-half run up to DECISION 2016, you might just as well pack all your troubles in your old-kit bag and fling it at a picture of Harold Stassen. That’s right, the Harold Stassen. Or you could smile, smile, smile and be grateful that voters have a say in who makes the final cut before convention delegates crown their respective nominees with so many red, white, and blue-colored laurels. Either way, Stassen is a big part of the reason we expect our presidential contenders to be determined by primary and caucus voters rather than by a coronation ceremony. And we, the people, are the primary beneficiaries of that important distinction. 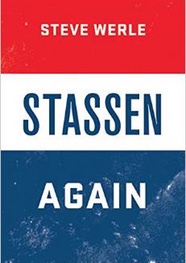 Shortly after he left the White House, President Harry Truman predicted that state presidential primaries would prove too strenuous for potential candidates because they required two major campaigns – one to carry the primaries and another to win the election in November. He also opposed a national presidential primary on the grounds that it would demand such a whopping sum of money to spread one’s message nationwide that only the very wealthy or those closely aligned to “special interests” would be capable of financing such a venture. Sound familiar? But even as Truman voiced his objections, the shifting political winds which had helped propel him to victory in 1948 were blowing harder and decidedly toward primaries as the most democratic means of selecting our nation’s president.

Much of the credit for this change in electoral strategy belongs to Harold Stassen, the patron saint of political laughingstocks. Though long maligned for his ten seemingly fruitless attempts to secure the Republican nomination for president, Stassen’s star once shined bright enough to light a new path to the presidency – one that eliminated smoke-filled rooms and the small but powerful group of kingmakers who resided in them. Direct primary laws had been on the books in several states since the Progressive Era, but both major parties preferred the predictability of convention delegates to the fickleness of independent-minded voters. That attitude began to change for Republicans in 1940 when a political newcomer named Wendell Willkie wrestled the nomination from traditional party leaders. With chants of “WE WANT WILLKIE” emanating from the convention hall’s balcony and Harold Stassen helping to corral delegates for a surprise Willkie victory, the entire nominating process seemed up for grabs like never before.

By the time President Truman stunned political prognosticators with his reelection in 1948, Harold Stassen had already spent nearly eighteen months running for the nation’s highest office. (And it wouldn’t be his last attempt. Not by a long shot.) In doing so, he was essentially rewriting conventional rules regarding presidential campaigns. Stassen announced his candidacy in December of 1946 and wasted no time courting voters and potential delegates, eventually visiting forty-two states and covering over 16,000 miles in the process. He hoped to engage the more established Republicans – Dewey, Taft, and Vandenberg – into discussions on the issues that mattered most to voters. With a little luck, he’d turn enough heads to clean up in the first few primaries scheduled for the spring of 1948; perhaps enough to appear unstoppable at the convention. It was an audacious strategy that offered plenty of risks and rewards, both for the candidate and the American electorate.

Harold Stassen was only forty years old when primary voters headed to the polls. He had indeed seen and achieved a great deal despite his relative youth. A young man in a hurry, people said of him, which amounted to little more than a poorly veiled way of saying he was too ambitious and unwilling to wait his turn. Of such criticism Stassen remained steadfastly unapologetic. He was who he was, and folks from Minnesota who had known Stassen since his childhood understood that his critics didn’t know the half of it.

Stassen graduated from high school at the age of fourteen. He worked on the family farm until he could scrape together enough money to enroll at the University of Minnesota where he juggled coursework and several part-time jobs. He presided over the junior and senior honor societies, belonged to an ROTC fraternity, captained the University Rifle Team, led the debating squad, and took first place in the Pillsbury Oratorical Contest. Then, as if to prove that he was no slouch, Stassen emerged from the U of M with a law degree, opened his first law office, married, survived a virulent case of tuberculosis, and got himself elected Dakota County Attorney – all within six months. He successfully argued a case before the U.S. Supreme Court, won reelection as county attorney, and then set his sights on Minnesota’s 1938 gubernatorial race, which he won in a landslide. Stassen took the oath of office at the age of thirty-one.

By 1948 Harold Stassen was impervious to the criticism about his youth. He’d already gained a lifetime’s worth of experiences, including war. In 1942, while campaigning for a third term as governor, Stassen stunned Minnesota’s electorate by announcing that if elected again, he’d resign at the end of the first legislative session to join the navy. He served with distinction as Admiral William “Bull” Halsey’s Flag Secretary and then, at President Truman’s request, helped draft the UN Charter at San Francisco. Now he hoped to unseat Truman in November.

Stassen carried three of the first five contested Republican primaries in the spring of 1948. Then his presidential bandwagon ran off the rails in Ohio and Oregon where the Taft and Dewey campaigns succeeded in tarnishing Stassen’s aura of invincibility. Stassen went on to win more state primaries than any of his opponents that year, but at the Republican National Convention in June he only mustered enough delegates to finish a distant third once the balloting got underway. Governor Thomas Dewey of New York secured the nomination, ran a lackluster race that fall, and lost to Harry Truman, who had never campaigned so hard in his life. Truman had taken a page out of Harold Stassen’s playbook and the American people hired him on for another four years.

Presidential primaries have become undoubtedly more popular and influential since 1948. And though primaries and caucuses differ from one state to the next, they serve as quadrennial reminders to voters, candidates, and party leaders that our democratic processes are not now and never have been perfect. They are, however, part and parcel of an extraordinary experiment, a perpetual work in progress that has always changed and adapted to the will of the electorate. And we, the people, remain the primary beneficiaries of that ongoing experiment.